My girlfriend's dad used to live next door to a Sri Lankan family.  He would often smell some really delicious and interesting fragrances coming from next door.  So he would go over and visit so he could taste whatever was being cooked. 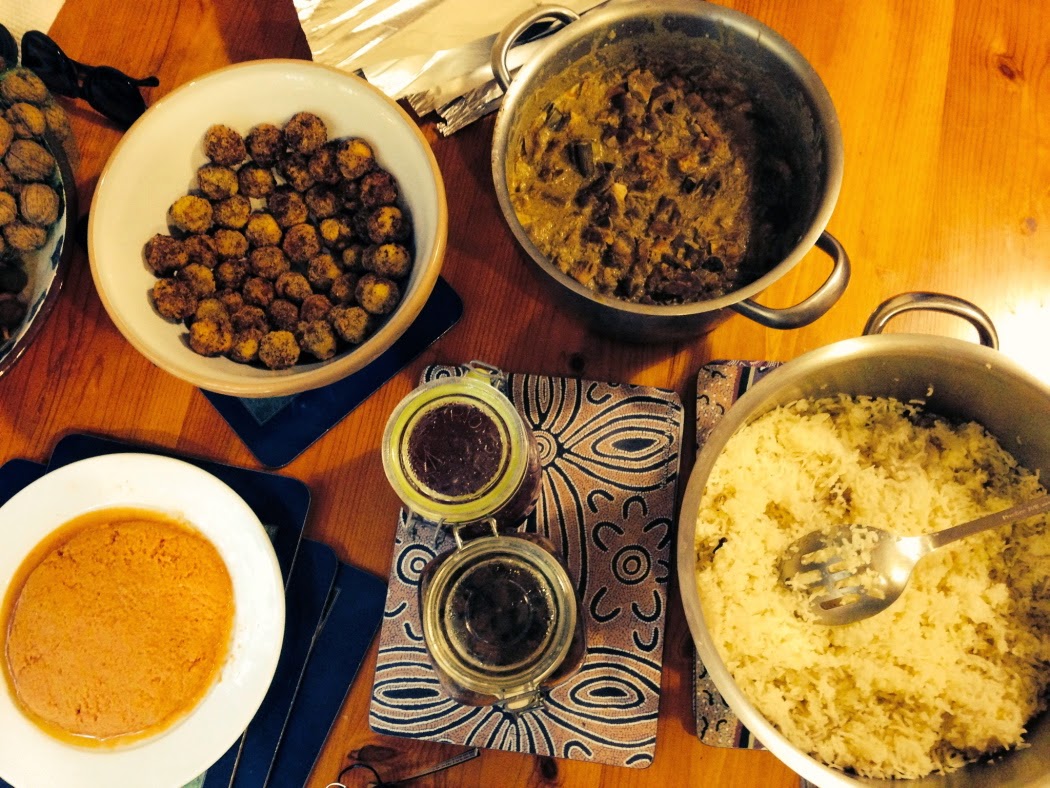 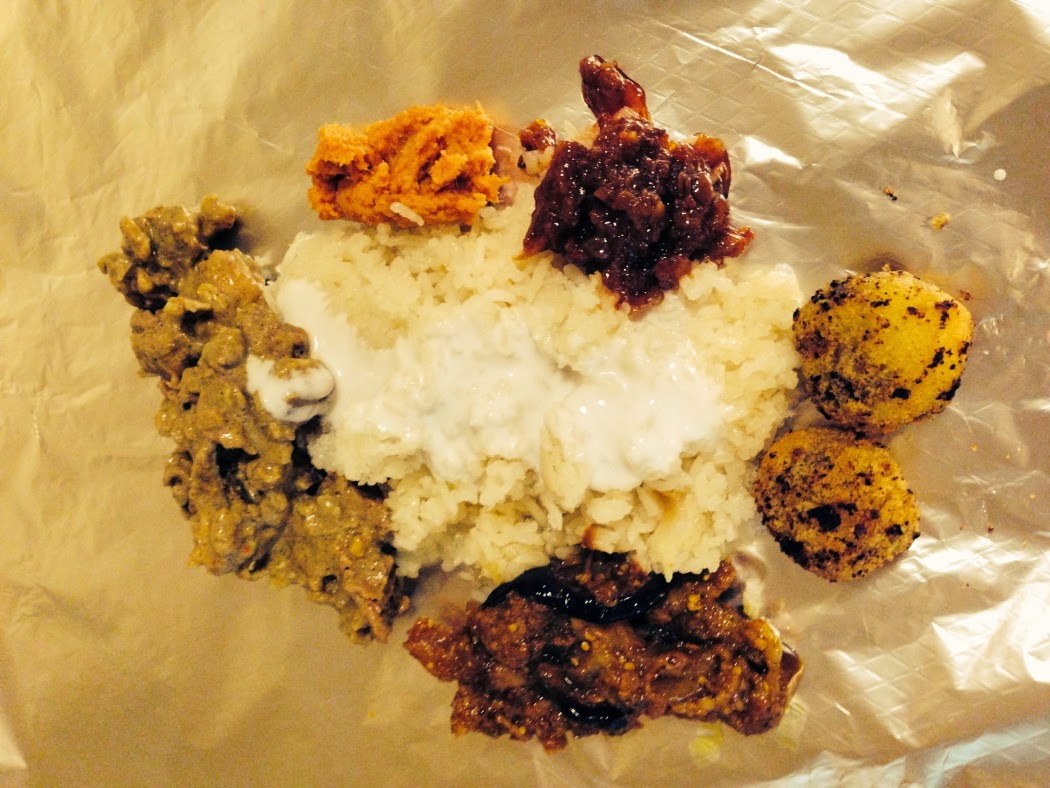 One of his favourite Sri Lankan dishes is actually a combination of several dishes.  It's called Lampries.  So when we last visited him, he decided to use as kitchen hands to make a big batch of the dish.

The guru of Asian cuisine and writer of several quintessential books, Charmaine Solomon, describes Lampries as a 'festive meal' which is made for special occasions.  Essentially, it's like a Sri Lankan TV dinner, featuring a fragrant curry, rich ghee rice, sambals and pickles and some fried meatballs. Traditionally they are wrapped up in banana leaves but its easier and more practical to use foil. 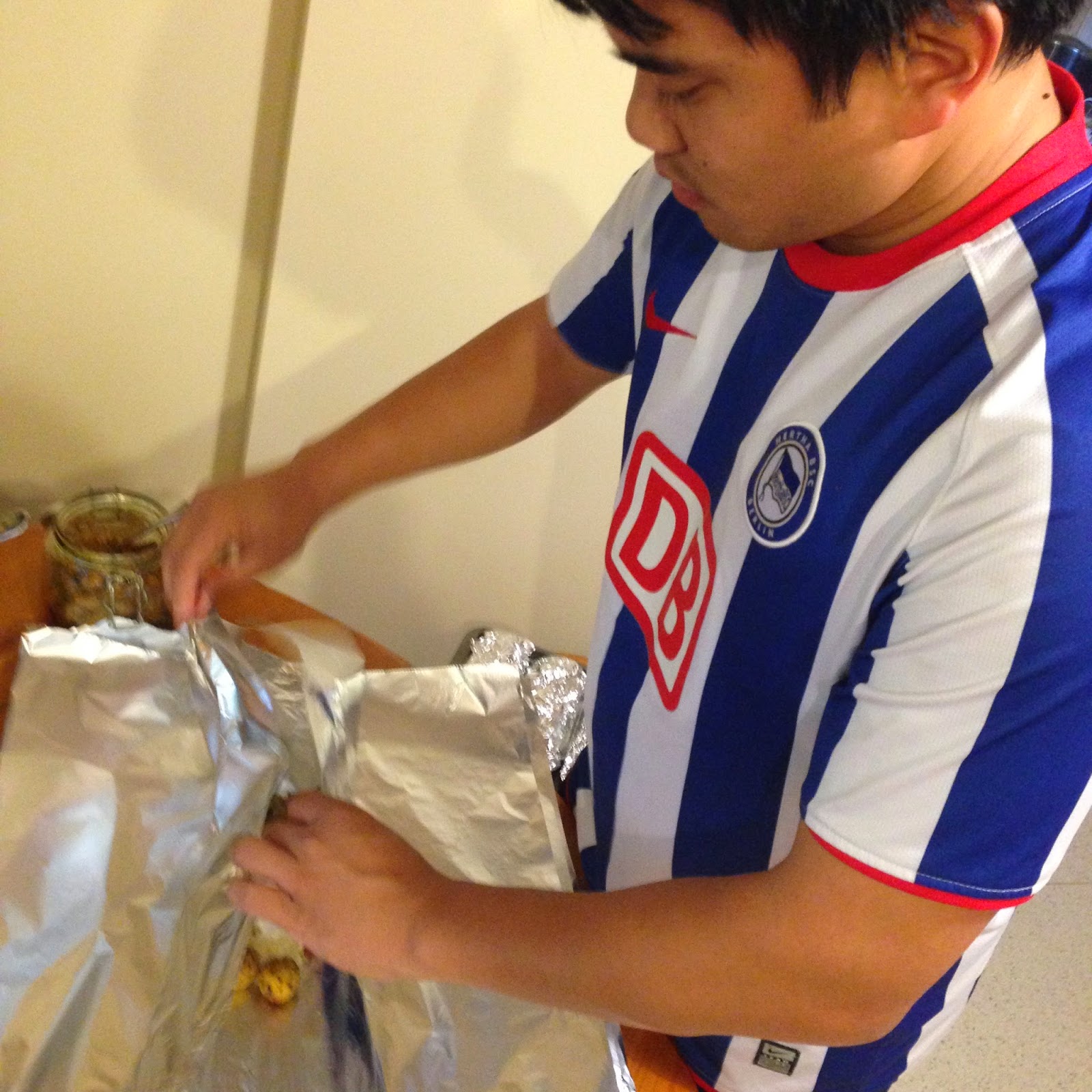 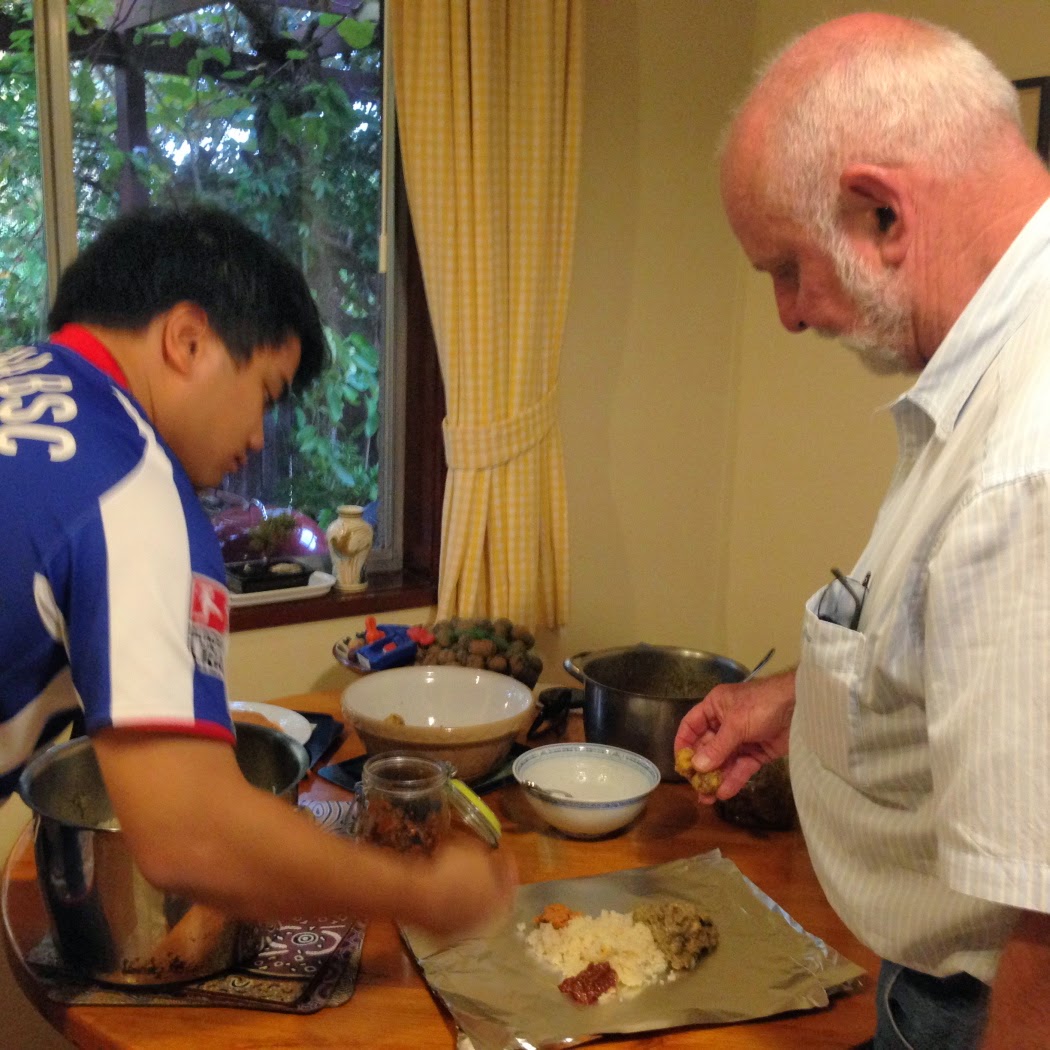 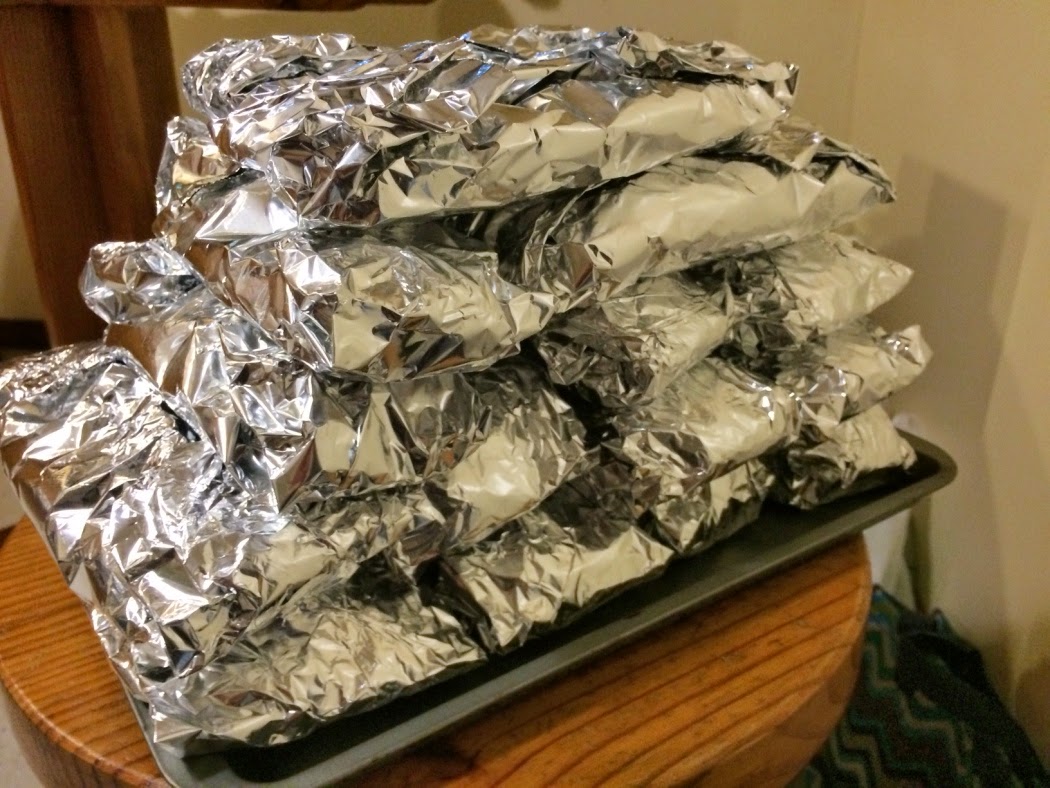 With so many components in the Lampries we cooked them all over two days.   The recipes were very detailed.  Charmaine Solomon's The Complete Asian Cookbook seems to be a bit of an institution in Australian kitchens.  For some reason, this cook book must have been given to all housewives in the 1970s as a standard issue book - but it keeps getting re-released in newer editions.  Here's a photo of my mum's version, which is at least four decades old (it smells like a school library book!) 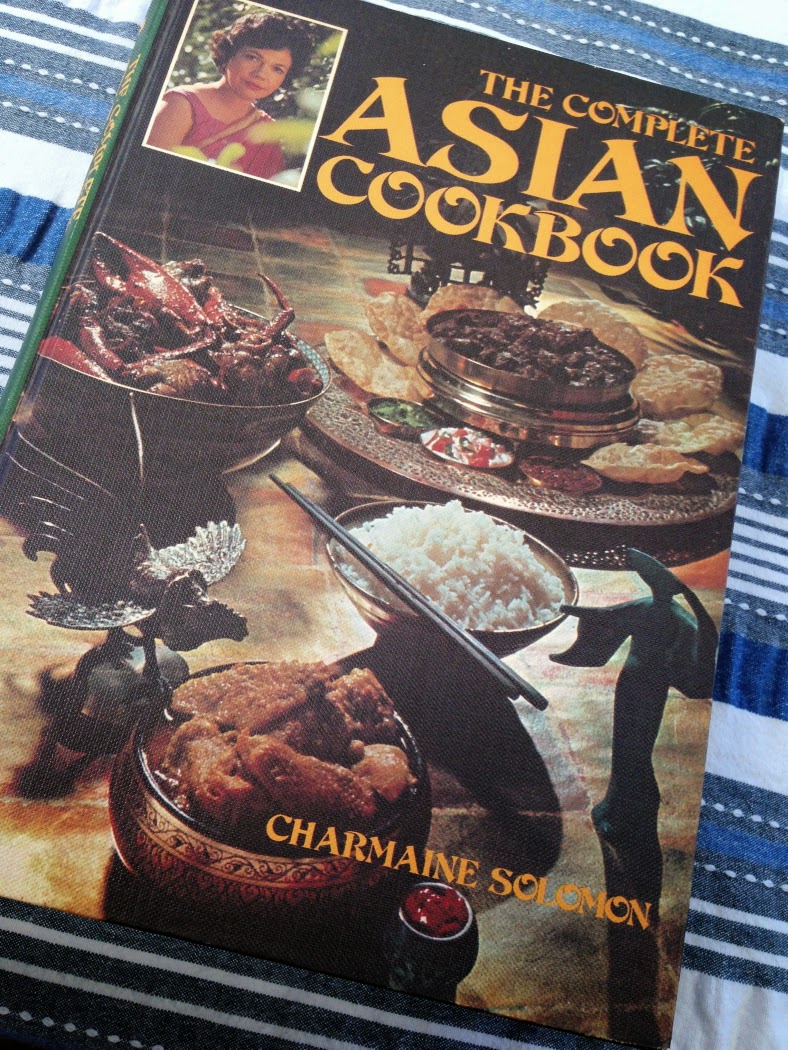 The recipes in the Sri Lankan section of the book are, in my view, the best - probably because Charmaine Solomon is actually of Sri Lankan background.

I was really blown away by two of the pickles in particular so I've included some recipes below.  Each are adapted from The Complete Asian Cookbook by Charmaine Solomon.  I've also included some descriptions and photos of the other components.

This is the first of the three preserves/sambals that were included,  and is probably the most involved of the three.  The salting of the eggplant draws out all of the moisture and any bitterness from the flesh.

This pickle would go fantastically with all types of curries, and would add a good flavour hit to an ordinary sandwich. 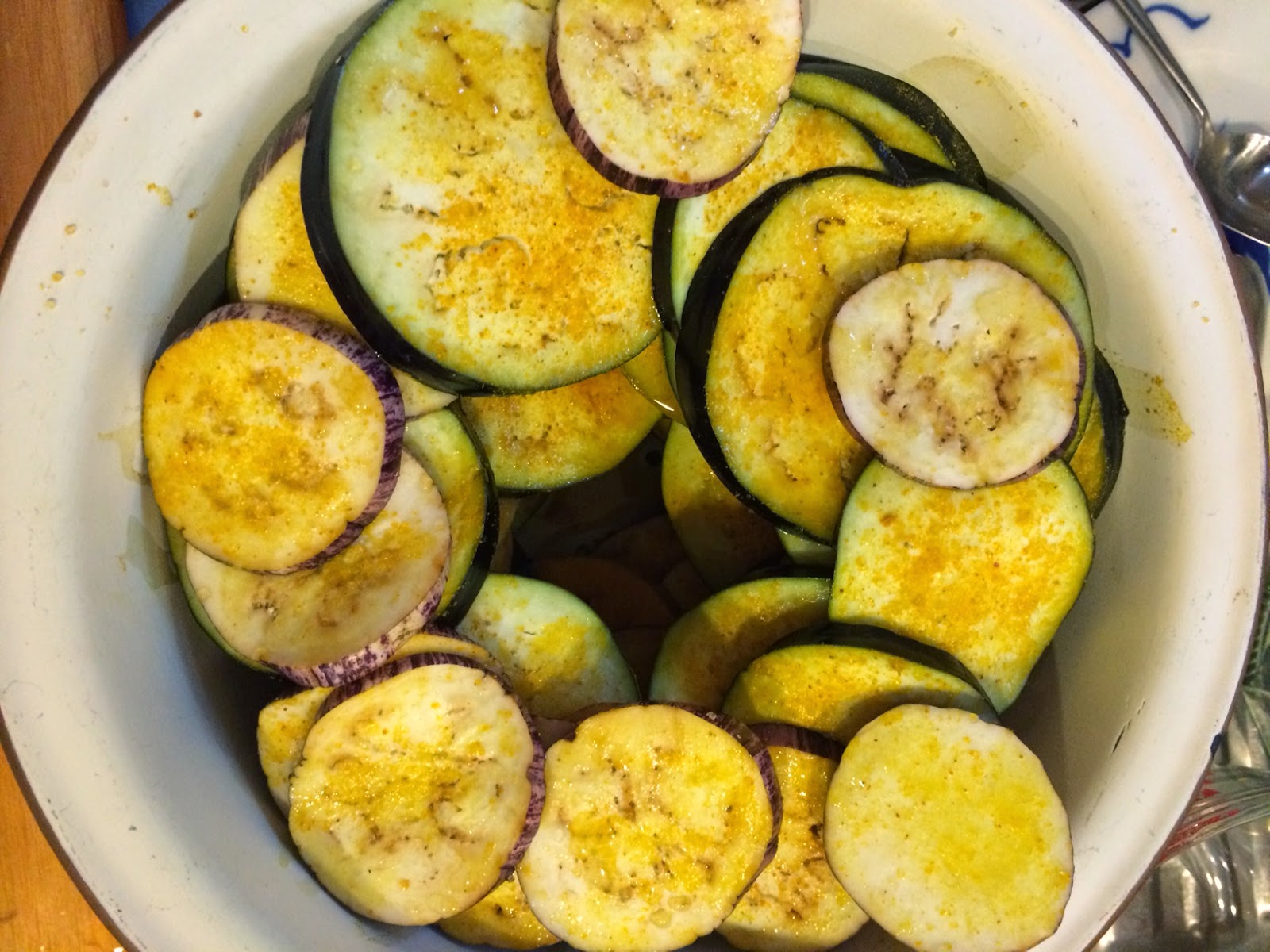 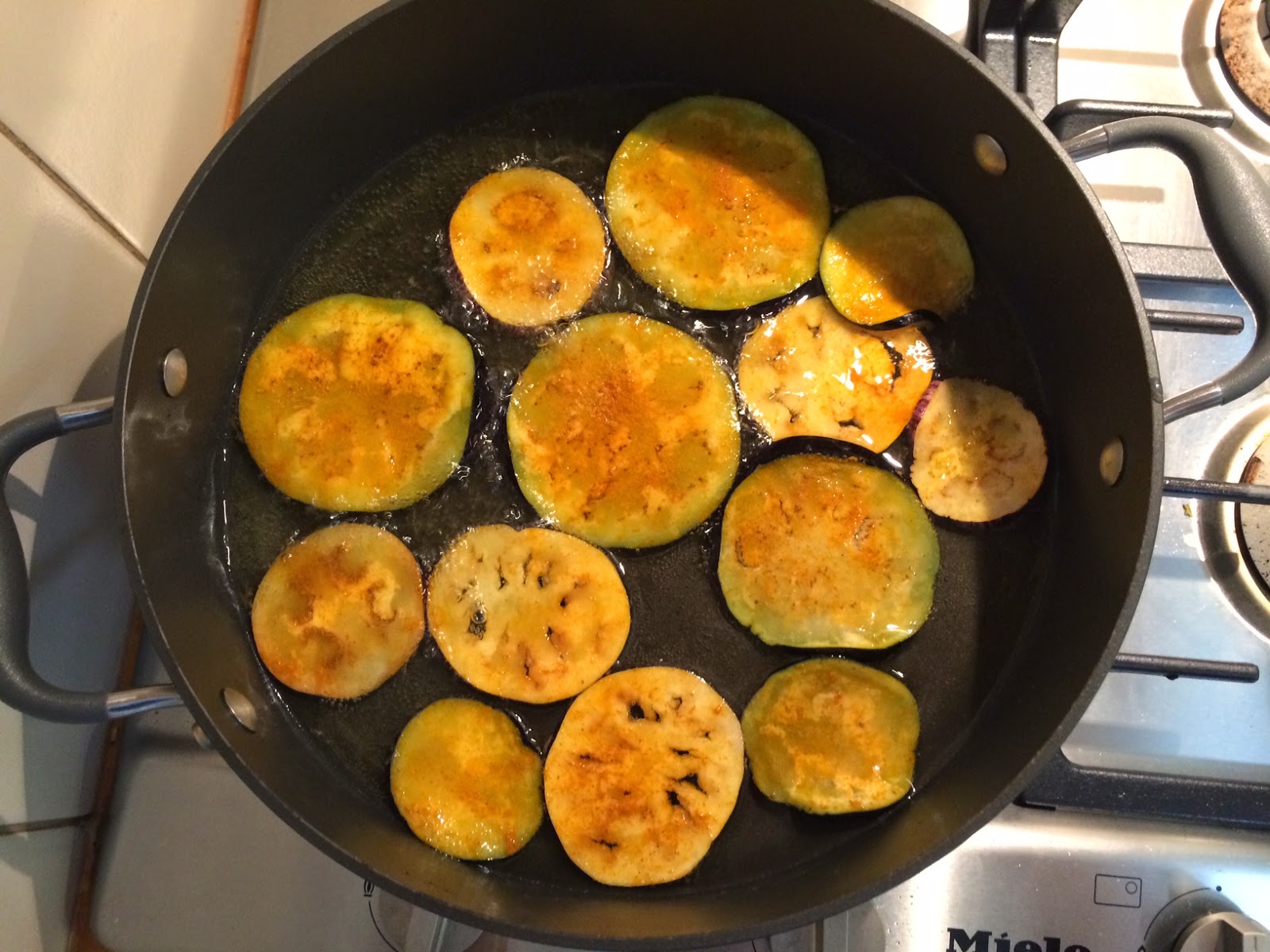 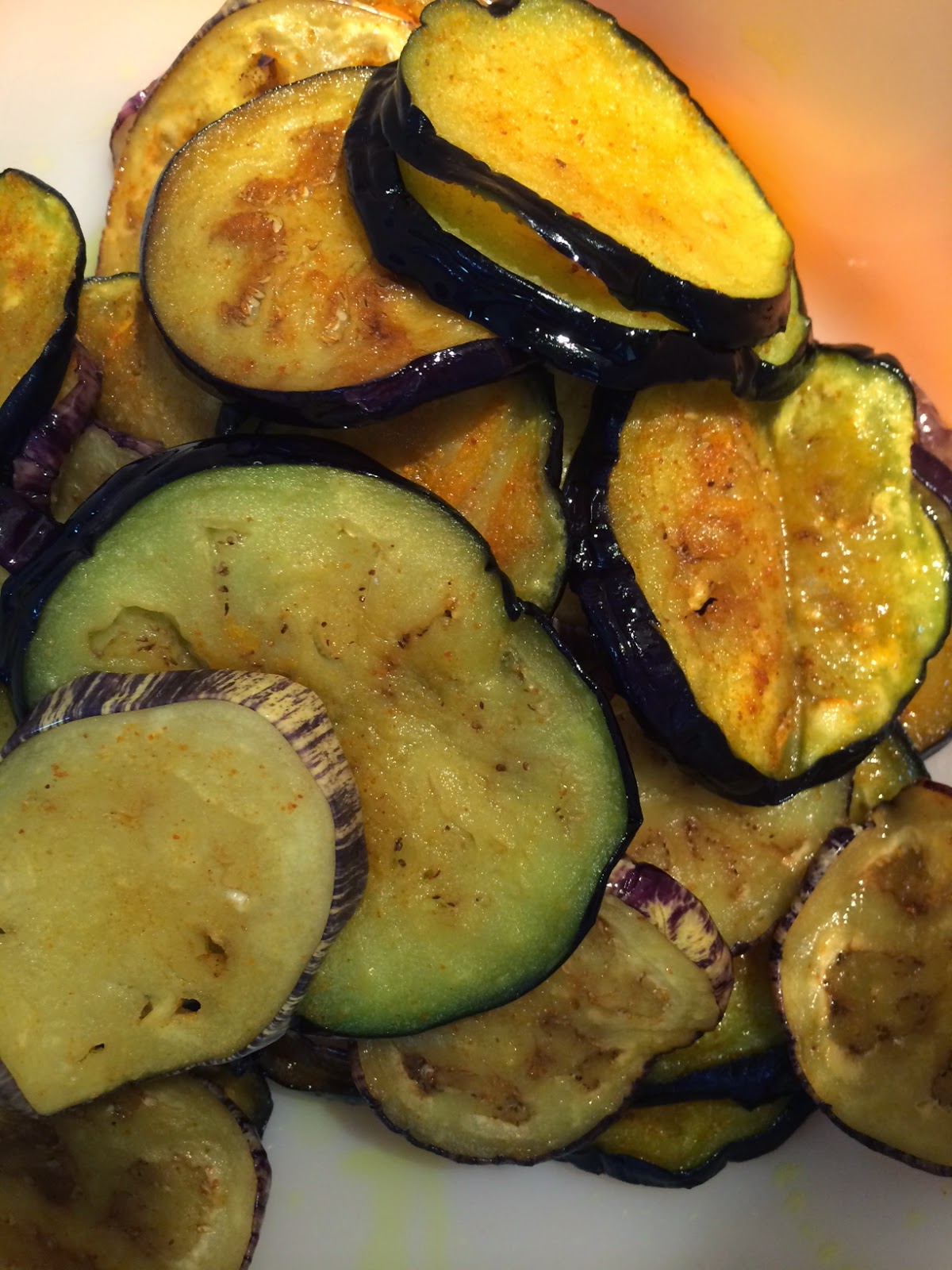 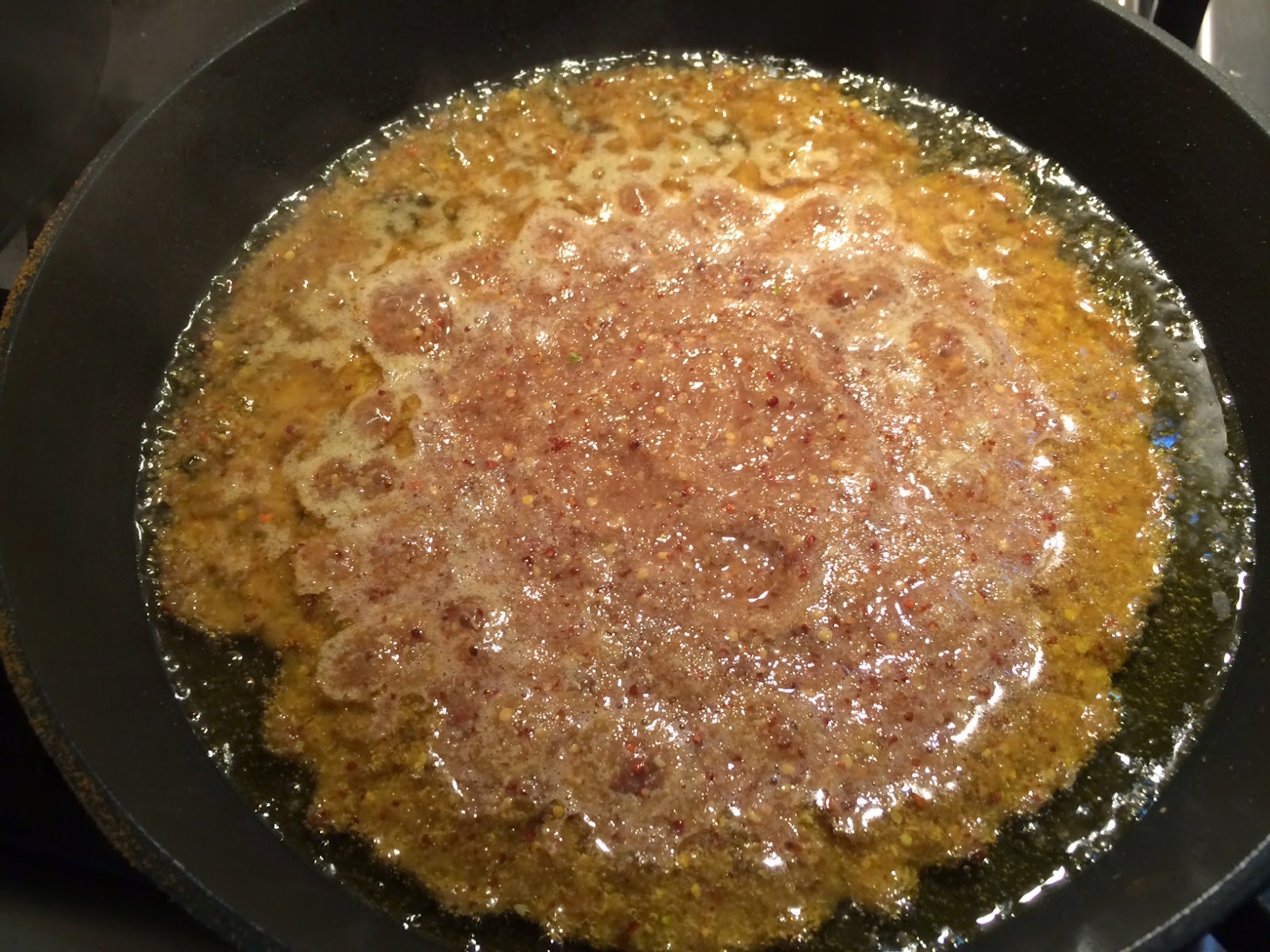 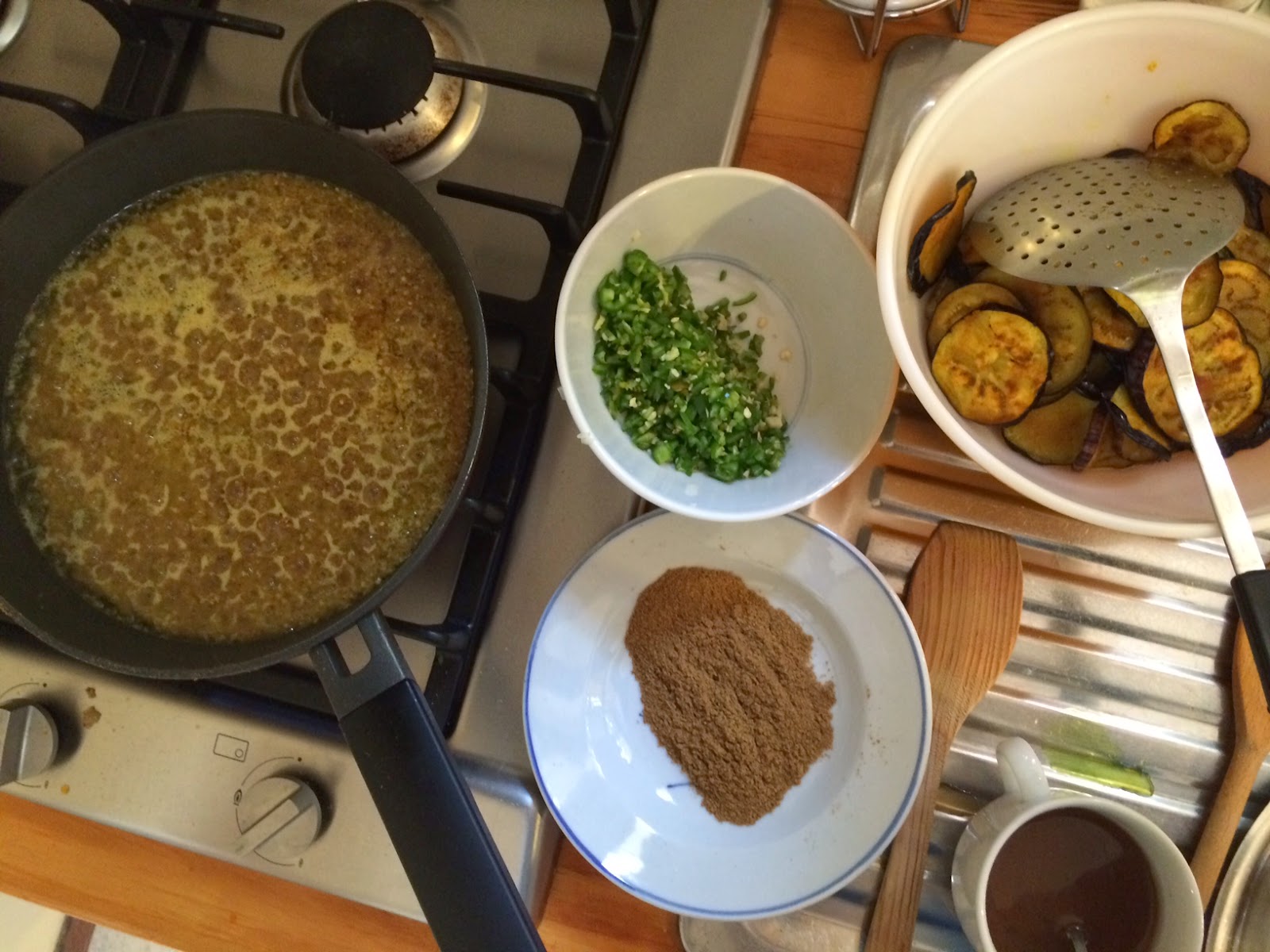 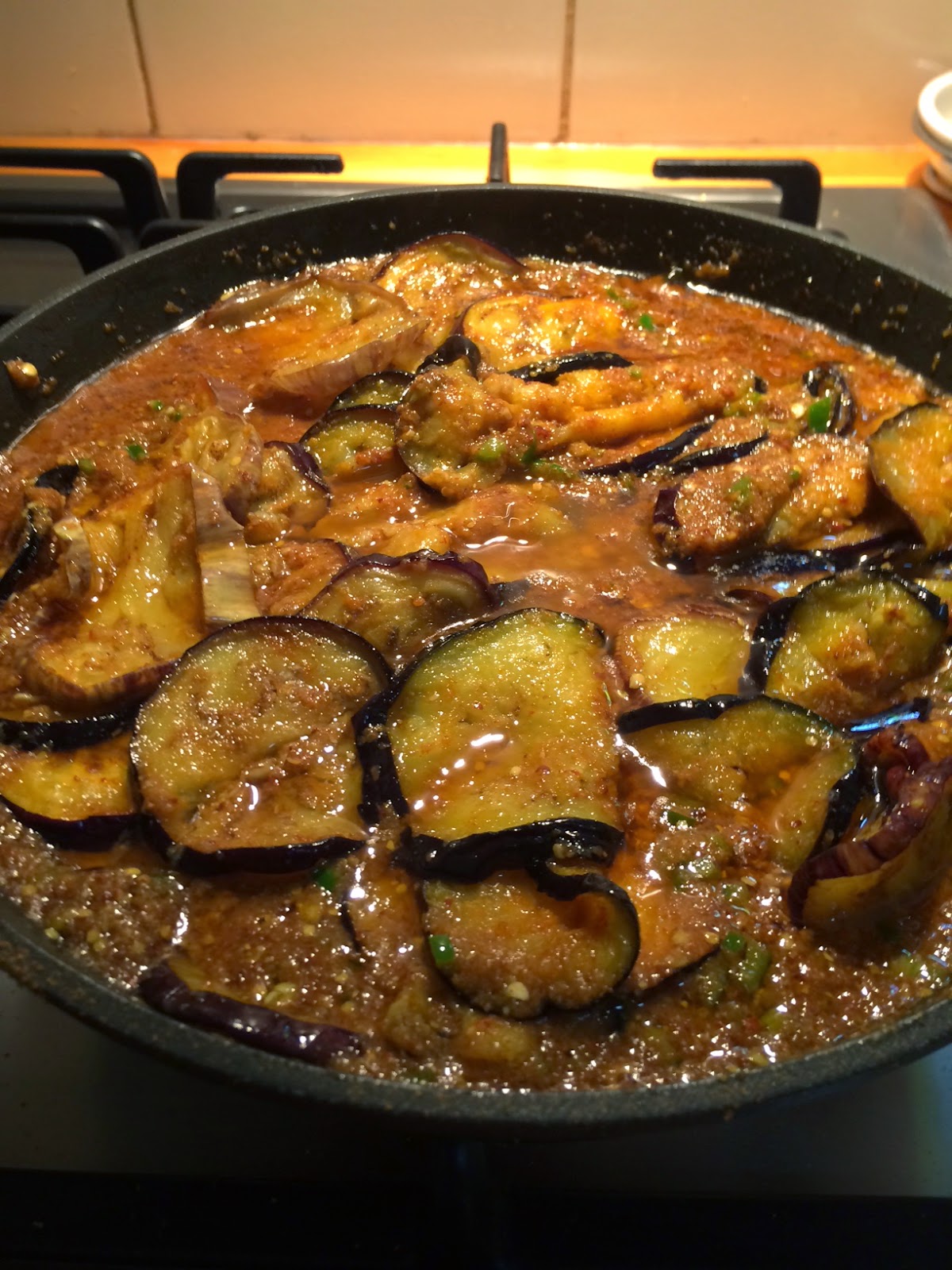 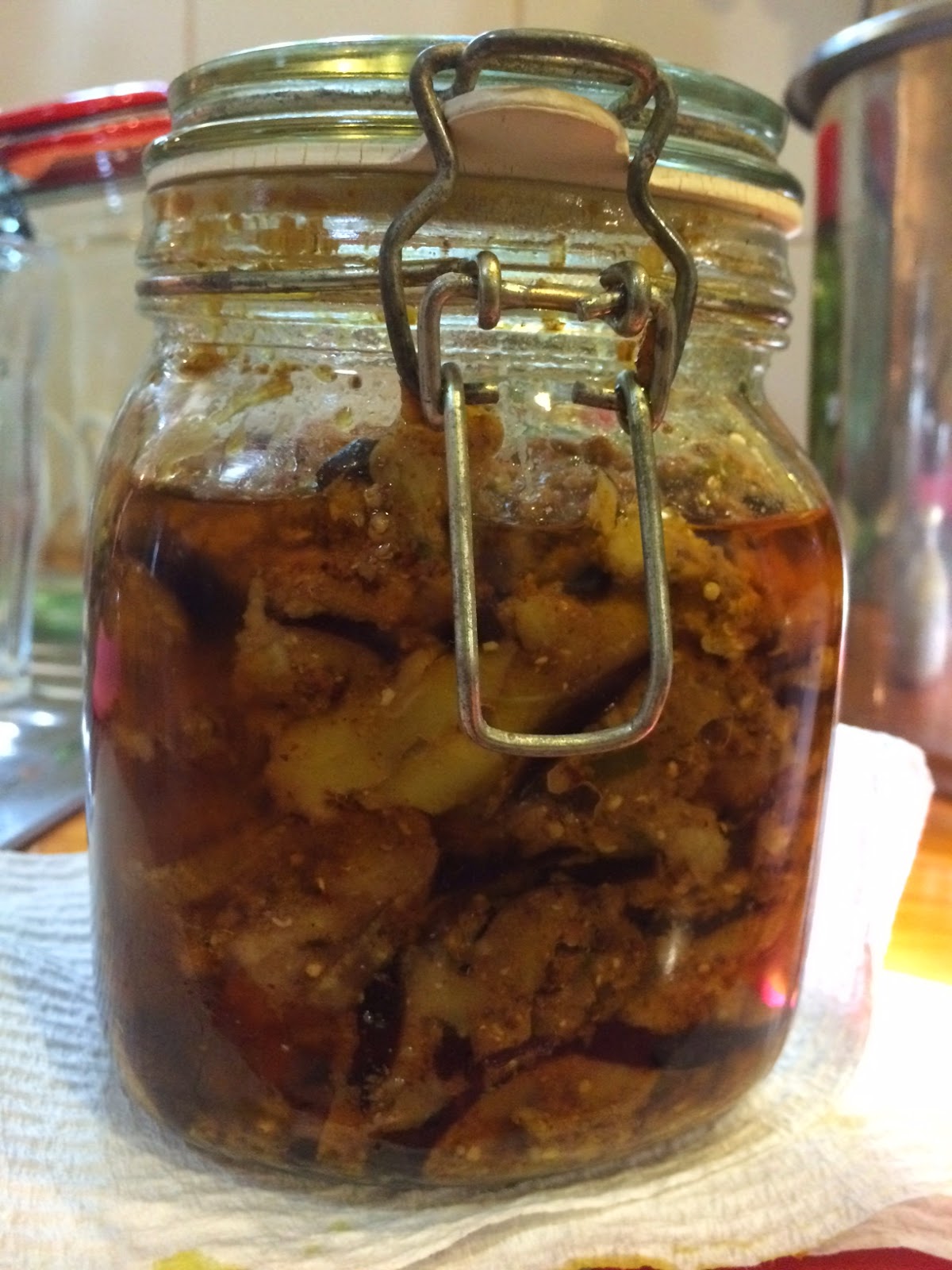 (Inspired an adapted from The Complete Asian Cookbook by Charmaine Solomon)

This is probably my favourite part of the Lampries.  On the face of it, the sambal seems a bit strange.  It uses an ingredient that, prior to making the Lampries, I had never used before - 'prawns in spices'.  Check out the can below.  But having now used it, I'm tempted to put it into everything to see if it makes everything taste amazing! It's essentially prawns that have been blended up with garlic and chilli and onions (and god knows what else).

This sambal is extremely versatile and I think it would be great with a lot of other asian foods - like on the side of a Hainanese chicken rice, or as a sauce for some roti or shallot pancakes. 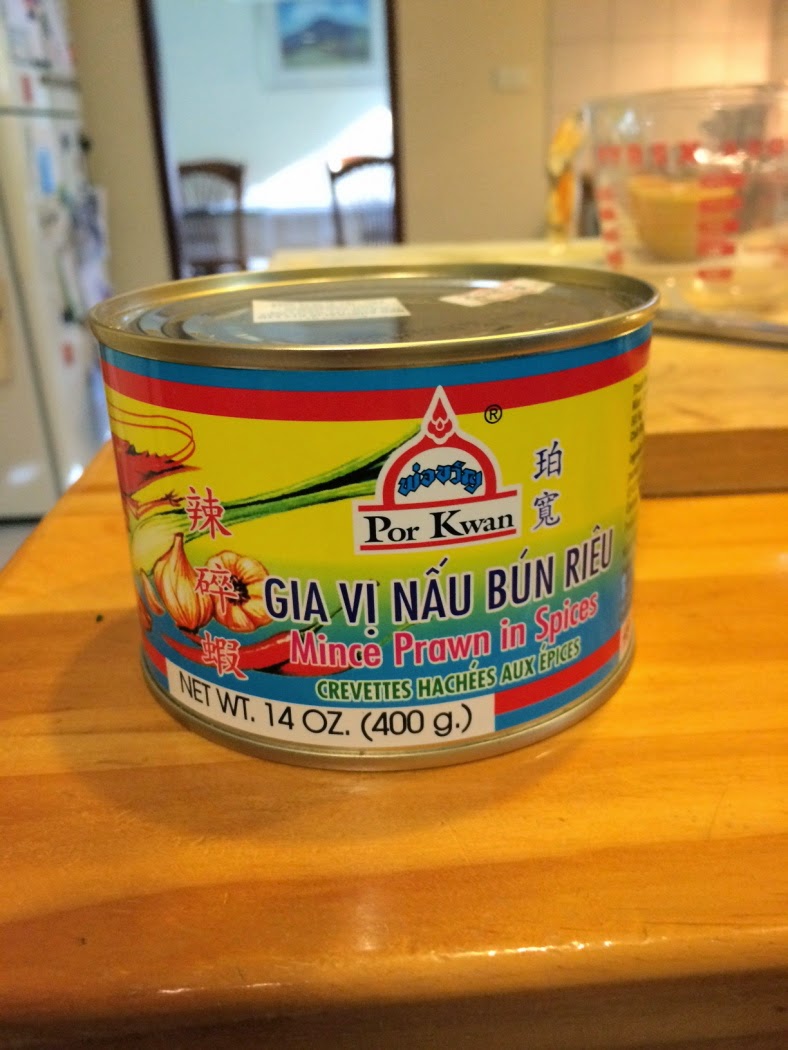 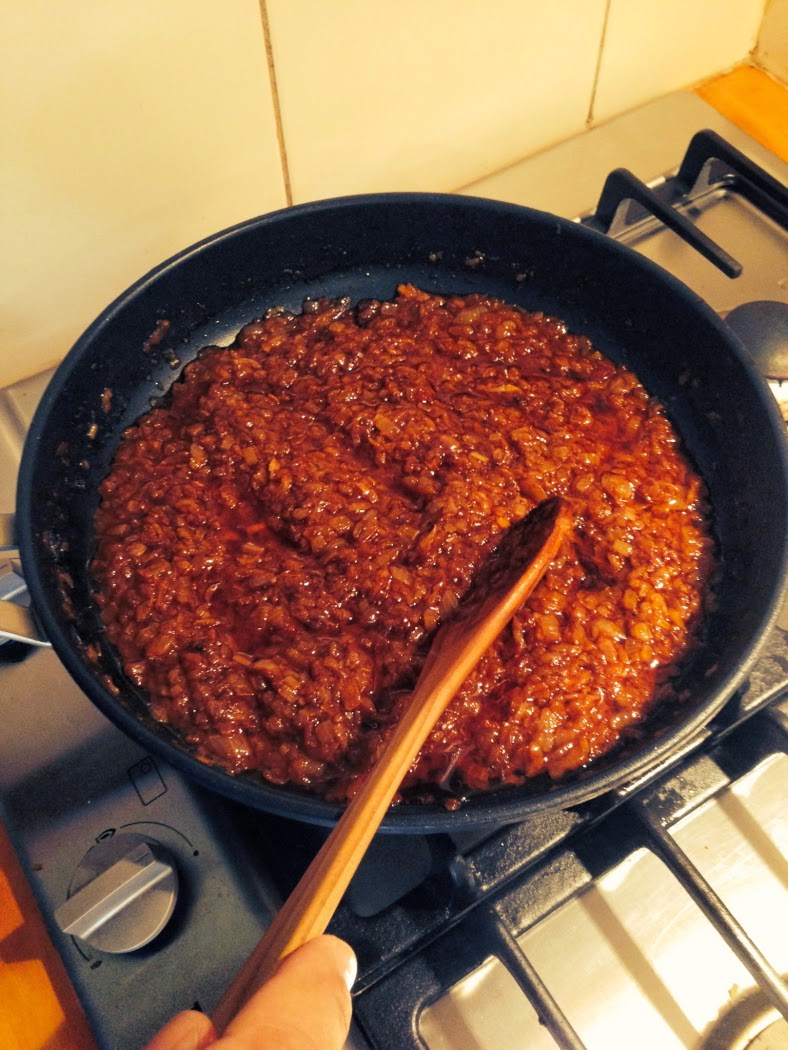 (Inspired an adapted from The Complete Asian Cookbook by Charmaine Solomon)

Four types of meat in one curry - this is my dream curry, it's almost as if I had written the recipe!  We made the curry a couple of nights before we ate the lampries.  The base flavour of the curry is a Sri Lankan curry powder which made the curry unbelievably fragrant.

The meats are boiled first - which I found a bit unusual, but then the stock that is left over after the boiling is used for the ghee rice, which makes the rice intensely rich and savoury.  The meats are then chopped up into small pieces and mixed together - in the end it's hard to determine what kind of meat you're eating, but after all of the cooking, all of the meats are really very tender. 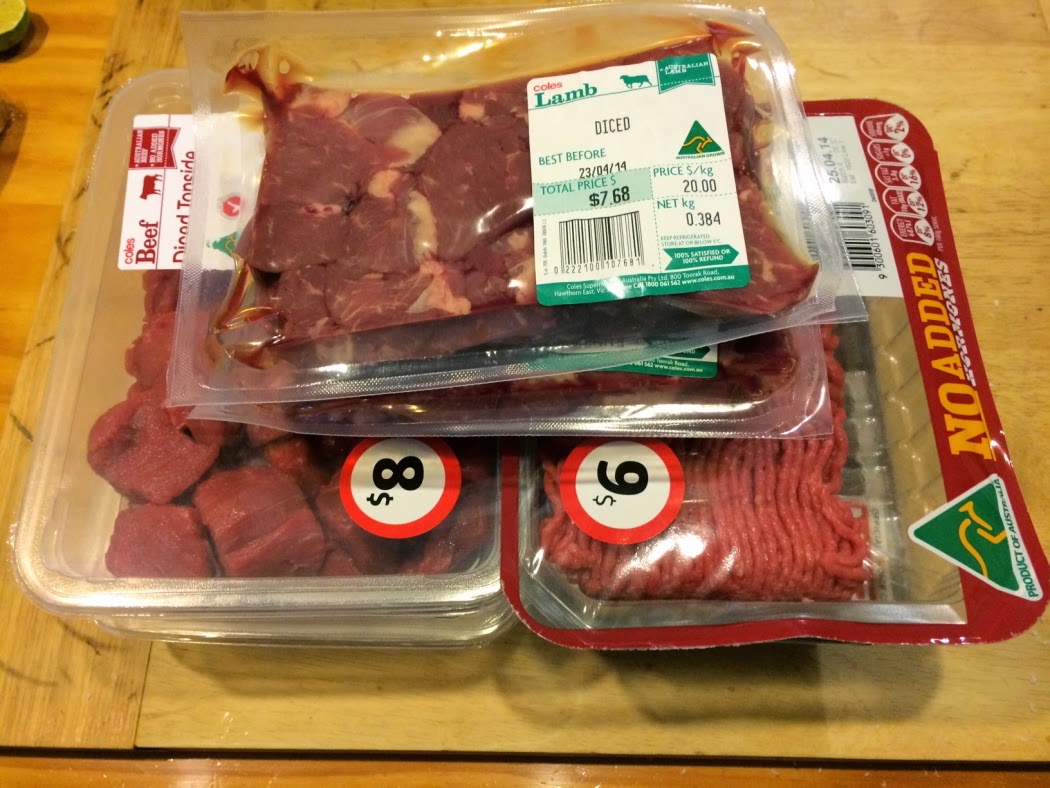 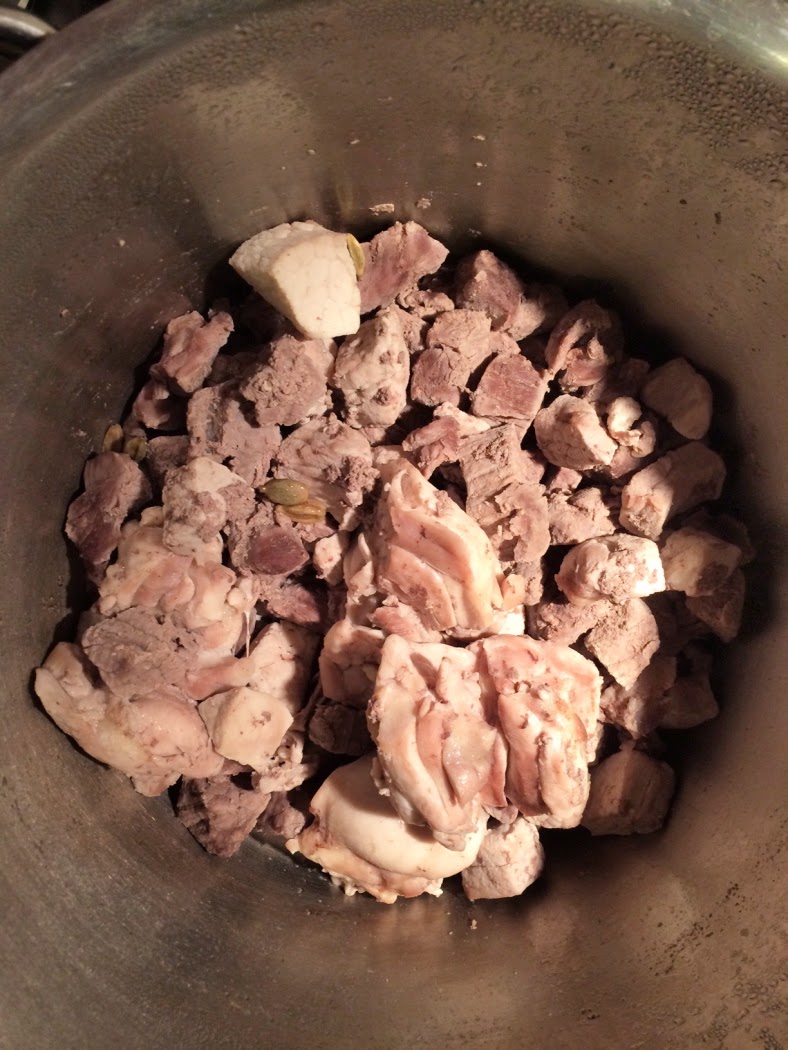 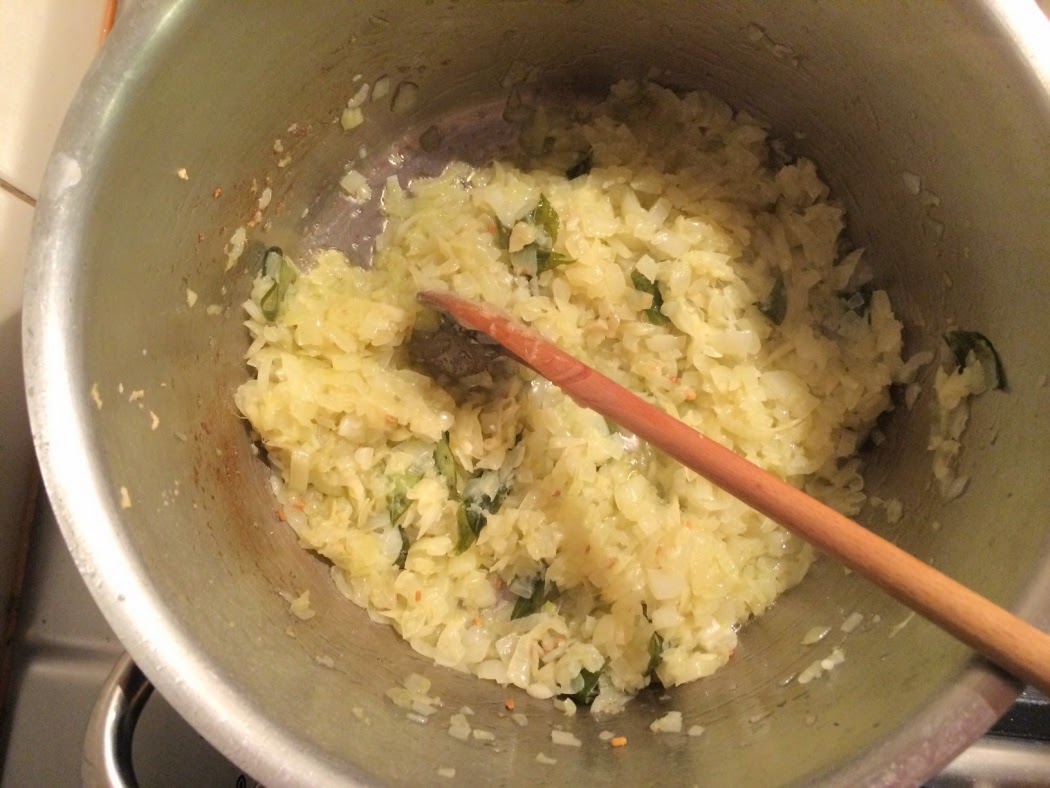 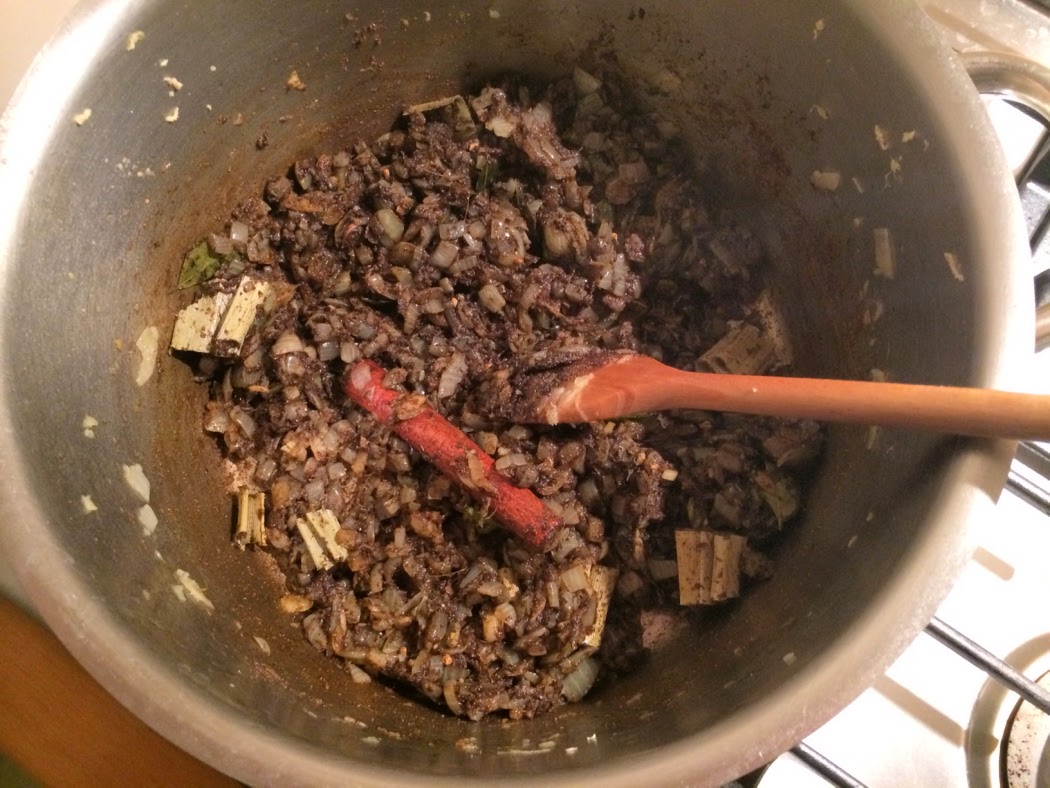 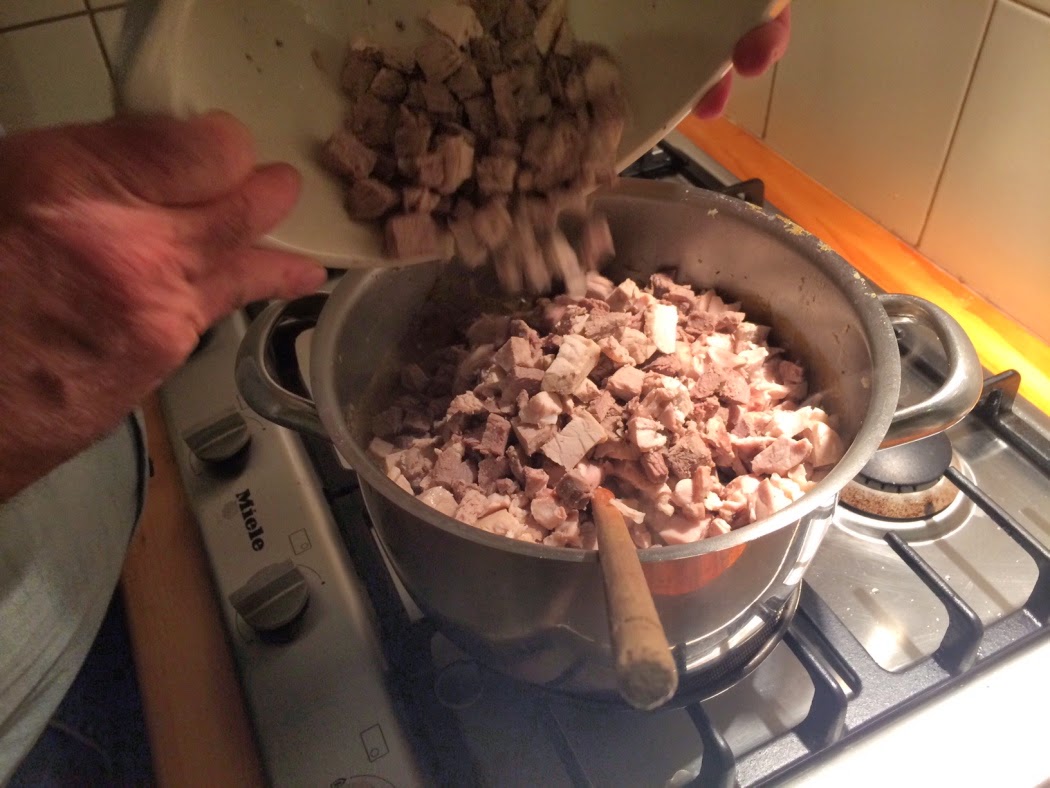 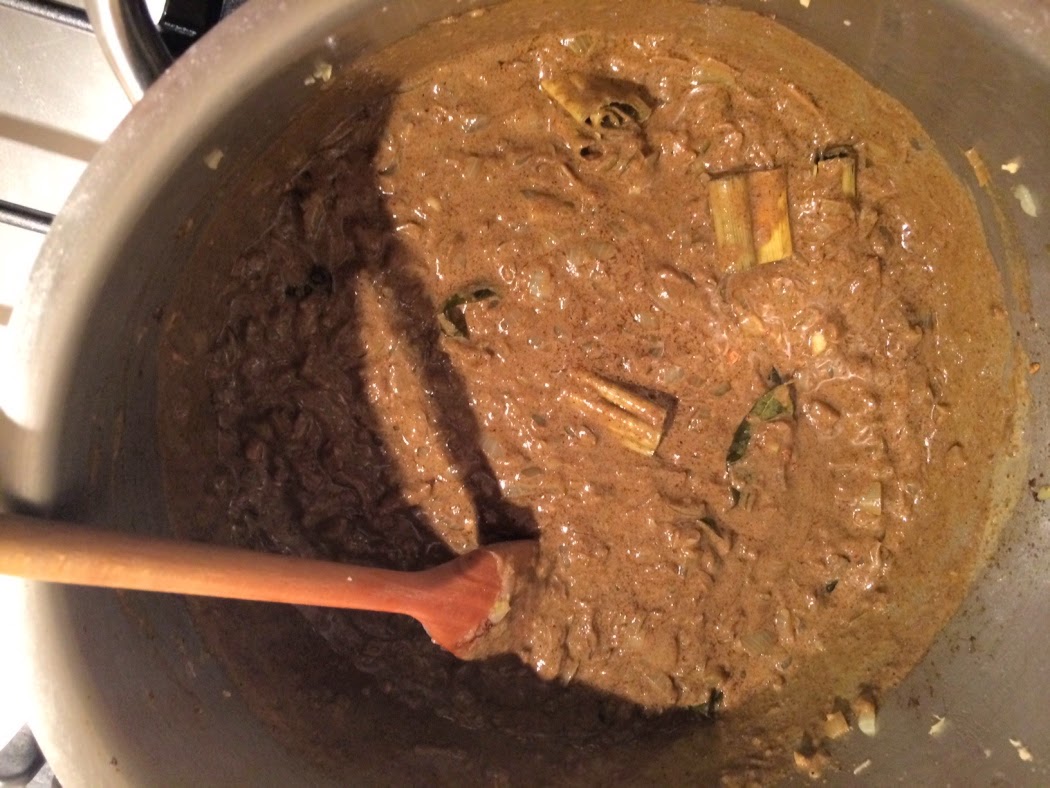 This is the most unusual feature of the Lampries.  The prawn blanchan is made up of shrimp flakes (which was another ingredient unknown to me before I made Lampries), toasted dessicated coconut, chilli powder, tumeric and lime juice.  First you toast the flakes and the coconut to intensify their flavour.  These dry ingredients form a thick paste when blended together with the other ingredients and you put a teaspoon of it in each Lampries parcel.  It imparts a fishy fragrance throughout the parcel and is the saltiest condiement in the Lampries.  I thought it was really delicious, but I was told that a lot of other people find it overpowering. 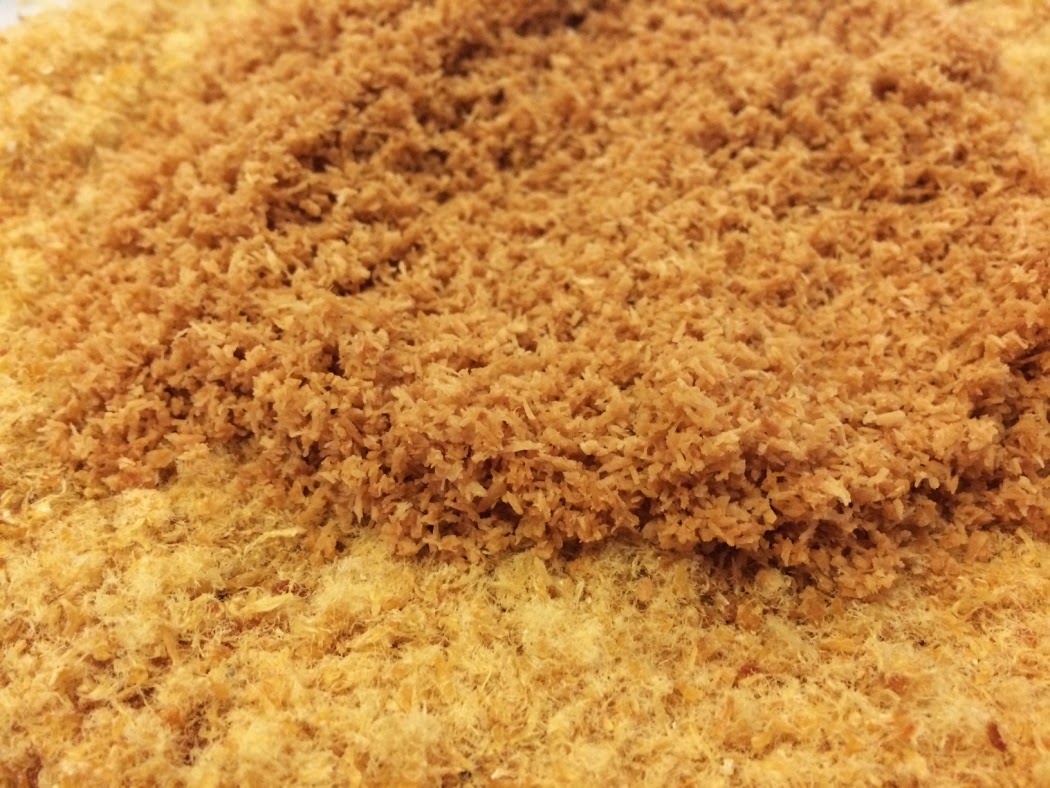 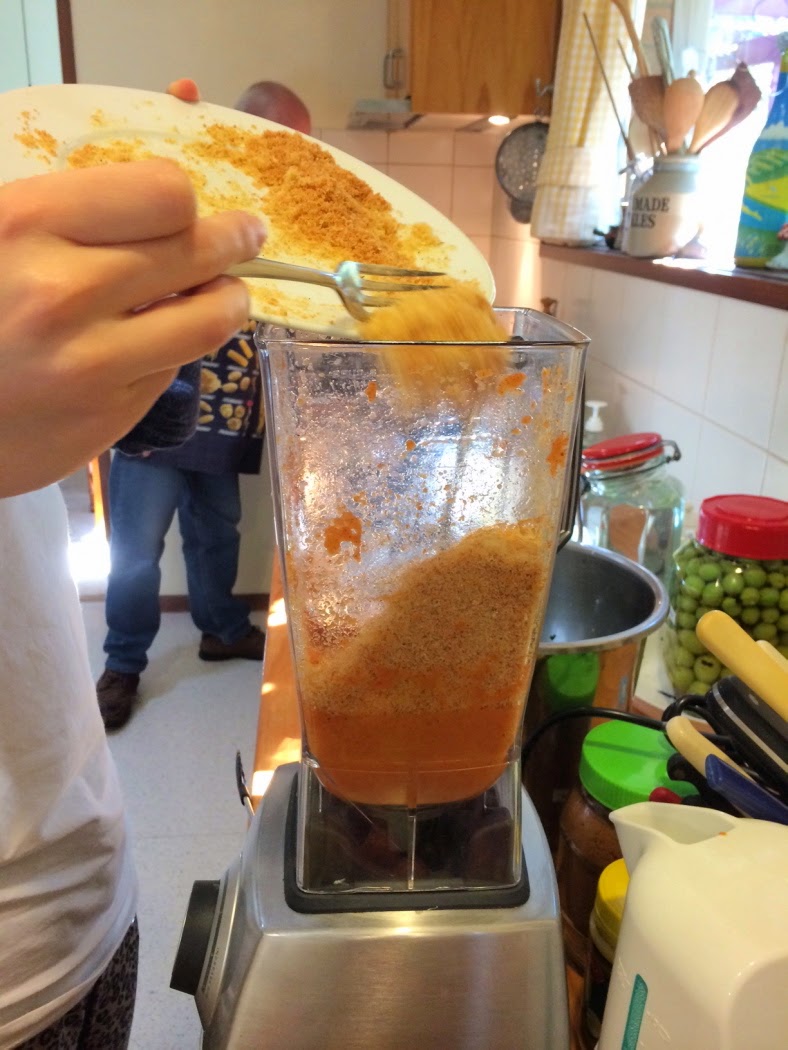 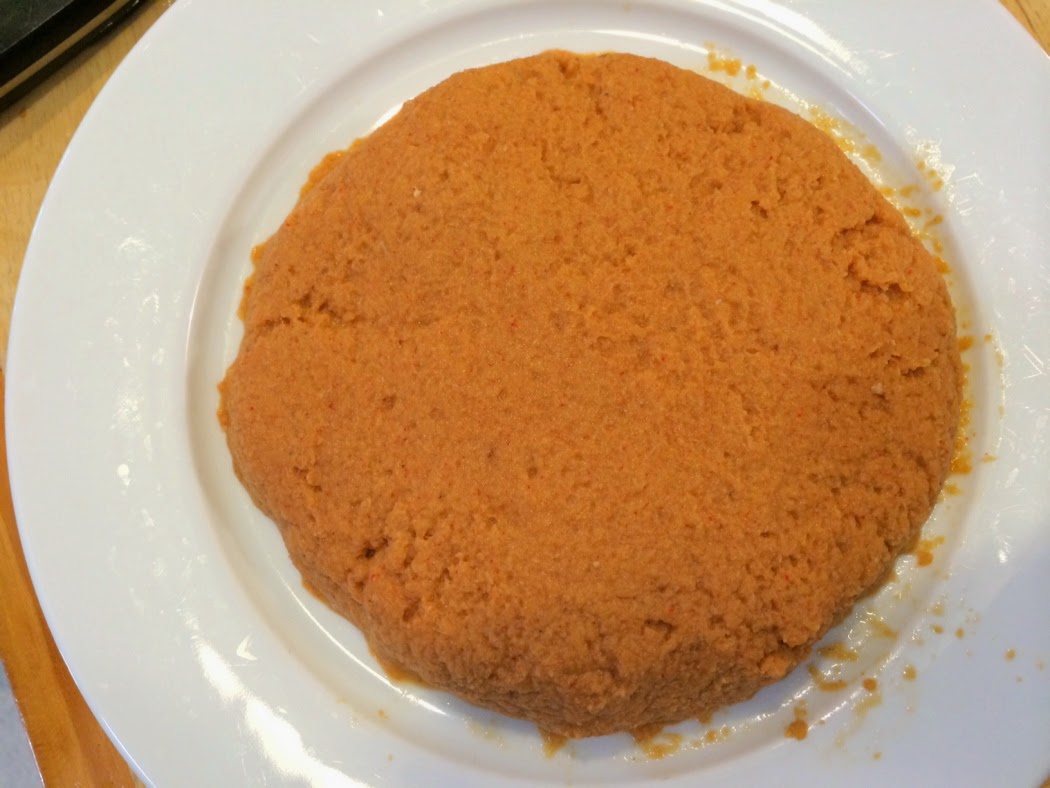 Crumbed, fried meatballs - spiced heavily with clove, and Worcestershire sauce.  These tasty morsels are a leftover from the Dutch rule of Sri Lanka.  They're described in Charmaine Solomon's book as "Dutch Forcemeat Balls".  I'm not entirely sure what 'forcemeat' is, but it's delicious! 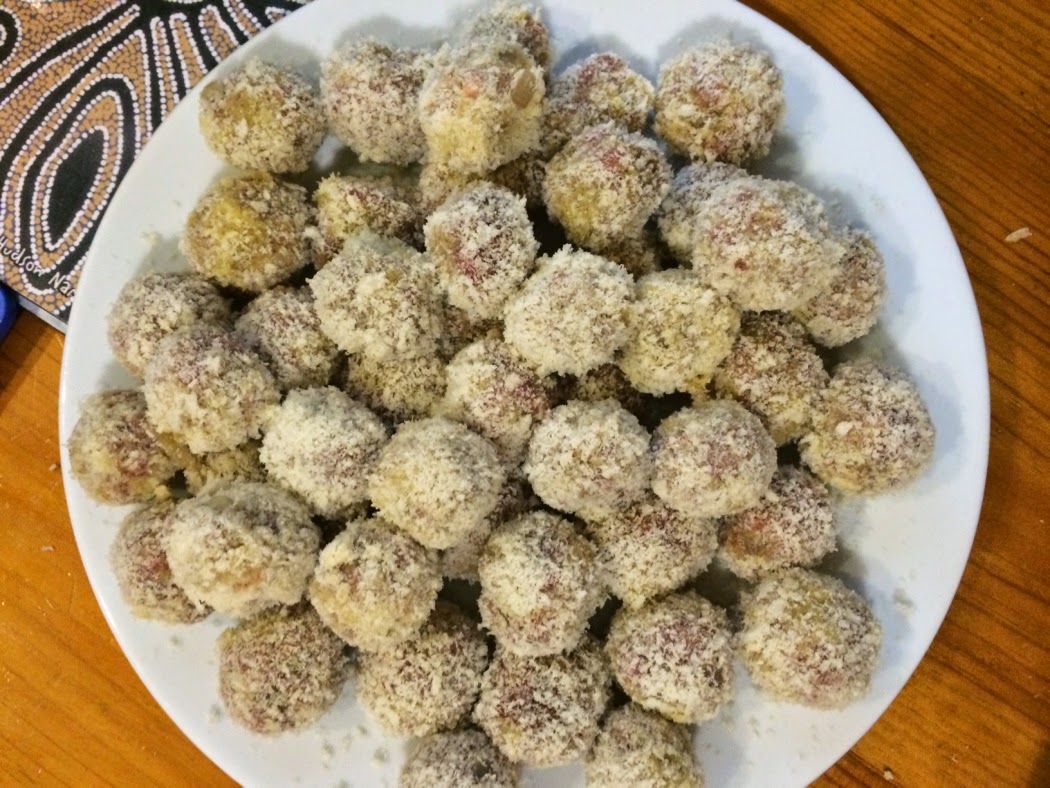 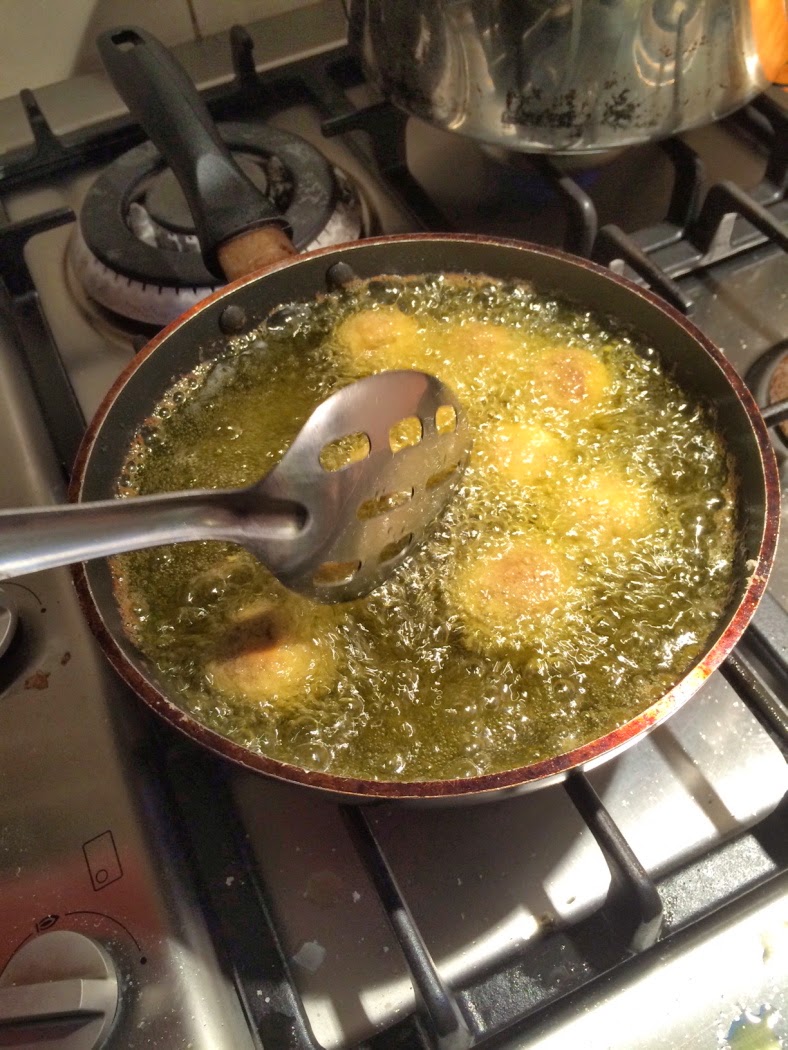 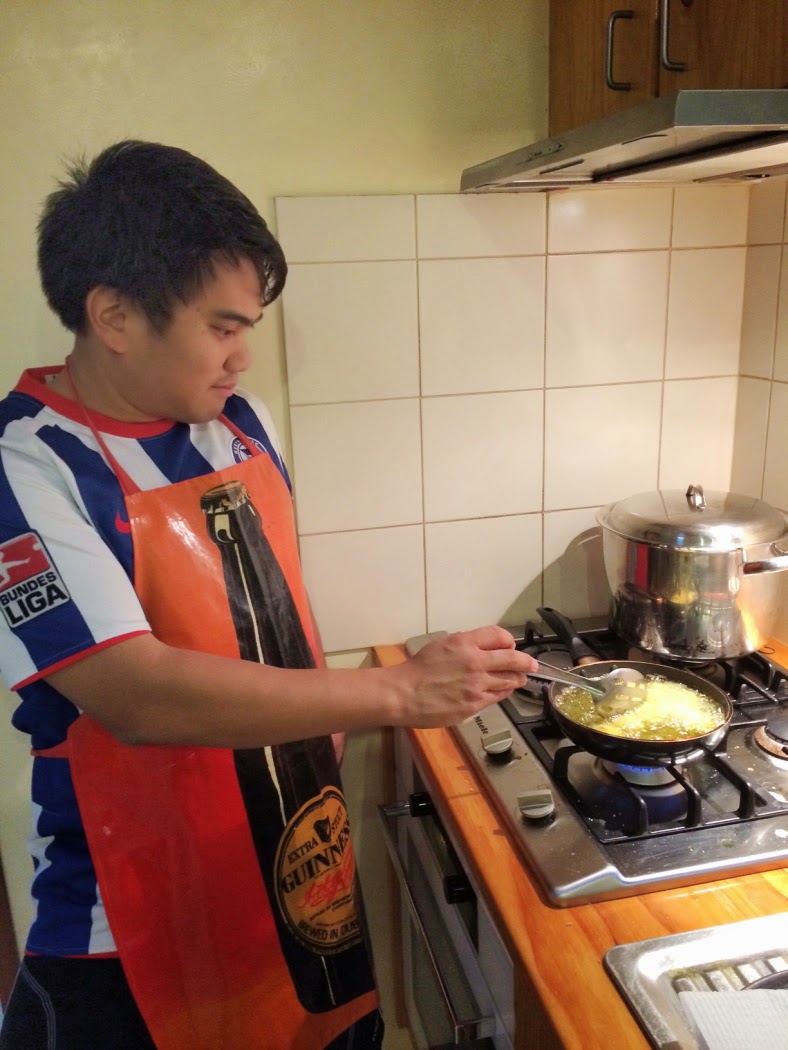 Ghee Rice
The ghee rice is actually one of my favourite parts of the Lampries.  I've never had rice so flavourful, but I guess that's what happens when you cook rice in clarified butter and a stock made from four types of meat.  The cloves, cardamom and cinnamon make this rice pleasantly fragrant too, and then the spoon of coconut milk over the rice before you wrap the Lampries, makes the rice nice and creamy.

Serving the Lampries
To serve, you can reheat the Lampries parcels (which could have been in the fridge or freezer) in an oven at about 180 degrees Celsius for about 20-30 minutes, until heated right through.

In terms of side dishes, we had some mango chutney, some sliced tomato and cucumber, a cooling raita using homemade yoghurt (stay tuned for a recipe), some sliced banana with lemon juice and
coconut, (weird but actually works!) and a dish called Mallung, which is a vegetable dish consisting of wilted shredded green leaves with coconut and other spices.  We used beetroot leaves in the Mallung, which were delicious.

It really is a great meal, and luckily I've got a few parcels in the freezer, which we're saving up for the next time we get a Lampries craving... 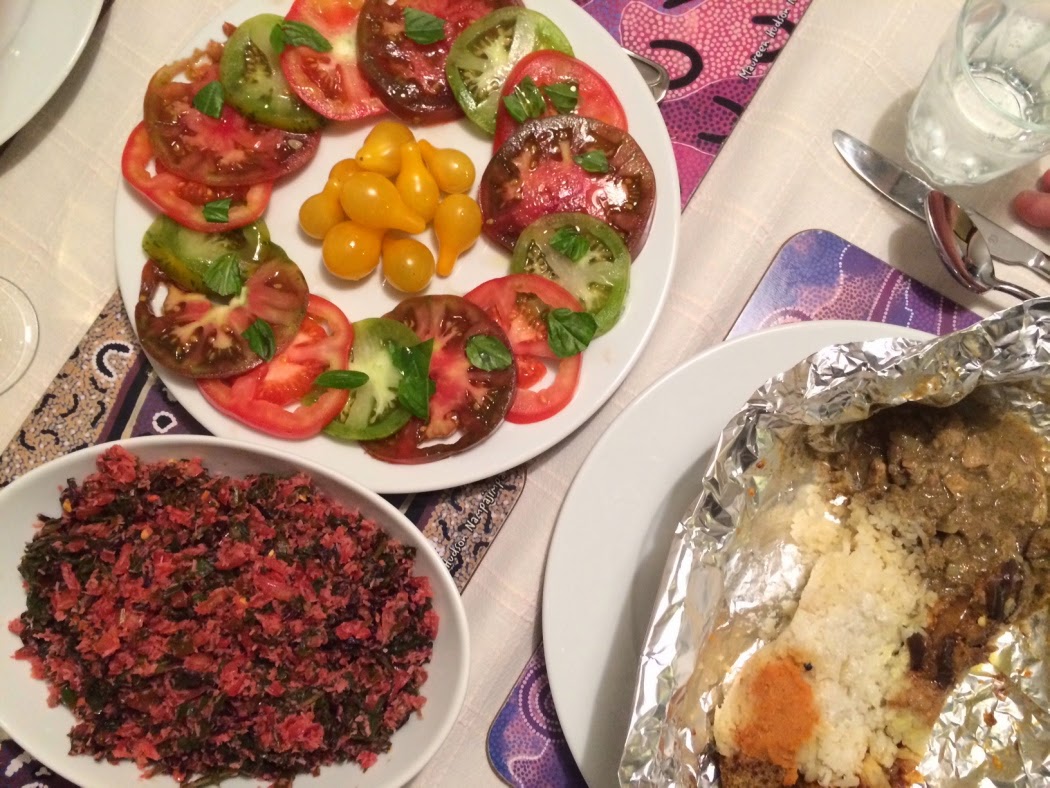