XO Sauce: The stuff dreams/nightmares are made of

I recently watched this video from the VICE Magazine series, Munchies, featuring Danny Bowien, the chef at Mission Chinese Food.


Watching this clip made me (a) want to move to San Francisco and (b) eat some Chinese food.  After reading more about Bowien on various websites and blogs, I came across his recipe for XO sauce, that he cooked on Martha Stewart's TV show.  XO sauce is something that I'd seen on Chinese menus a lot but didn't realise what was in it or that I could make it myself.  It's a very luxurious sauce but is also versatile - it's the hollandaise of Asian cooking.  It contains various forms of dried seafood, along with spices often used in Chinese cooking.

I read a few more blogs and recipes about XO, and started to get an idea of the key ingredients.  Finding some of the ingredients was a challenge but I tracked them down in the end. 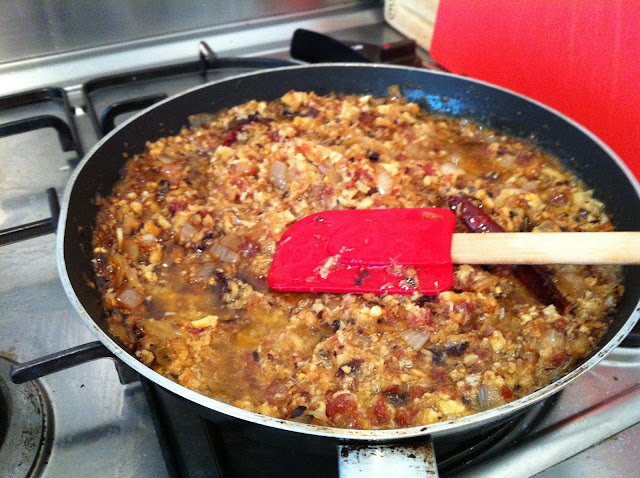 Dried Scallops and Dried Shrimp:  The dried shrimp were easier to find than the dried scallops.  I found them both in the Asian supermarket on Thomas Street in Chinatown.  When I started looking around the shop, I came across an entire wall of dried seafood.  I spotted the dried shrimp easily, but I couldn't see the scallops.  They seemed to have every other kind of seafood, and I had almost resigned myself to using dried mussels instead, but I decided to ask one of the people at the checkout and (of course) they found it easily.  Dried scallops are meant to be pretty expensive but this was in quite a small quantity so it wasn't too bad.

Chinese sausage and bacon:  I've used Chinese sausage in recipes previously, so I knew it wouldn't be hard to get hold of some.  But on the Chinese bacon front, I just had no idea what it looked/tasted like or where to find it.  I'd asked the people at the same supermarket where I found the dried seafood, but they didn't know what I was talking about.  I then went to the Emperor's Garden Meat Market, which is my favourite Chinese butcher in Haymarket.  Their prices are extremely cheap - almost worryingly so.  You've got to wonder where the meat comes from when its being sold this cheap! I bought some Chinese sausage there, and noticed a vacuum packed strip of pork belly hanging in the window.  It was dark brown and looked to be cured or smoked so I figured I could use it as Chinese bacon.  After some further research I noticed that Kylie Kwong actually uses Italian pancetta instead in her recipe, and that Chinese bacon is very similar.  I think the product I bought was pretty much chinese bacon and in the end it was delicious.

The other ingredients in Danny Bowien's XO sauce recipe are easy to find, but they all combine to make an absolutely delicious sauce or marinade.  It just lifts a stir fry and adds a great umami taste. 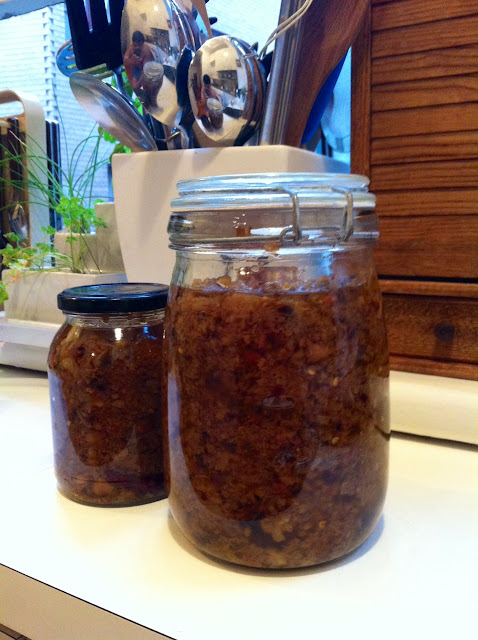 The only downside:  You get really, really freaking crazy dreams.  I cooked this great stir fry for dinner the night after I made the sauce, I couldn't have been more pleased with the result.  But when I went to sleep my dreams were really vivid and bizarre.  It seems that XO sauce is pretty potent stuff... The recipe is below: