My first batch of kim chi 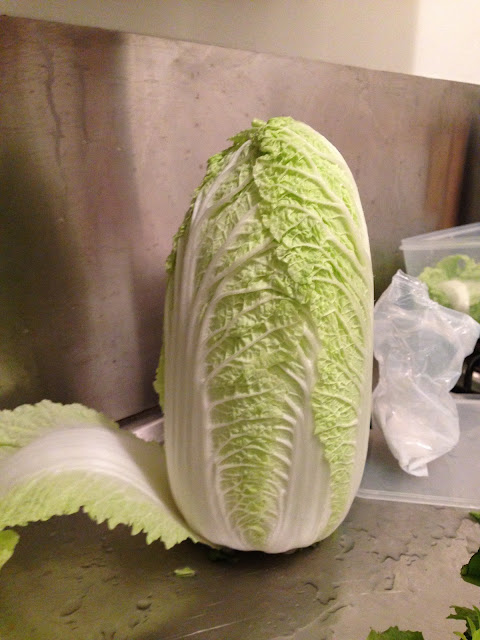 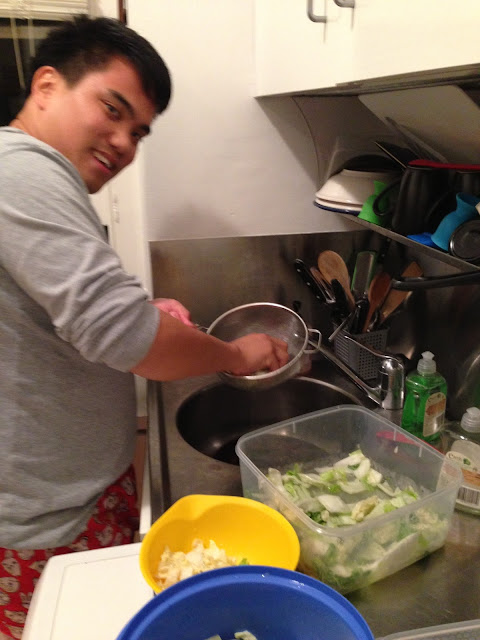 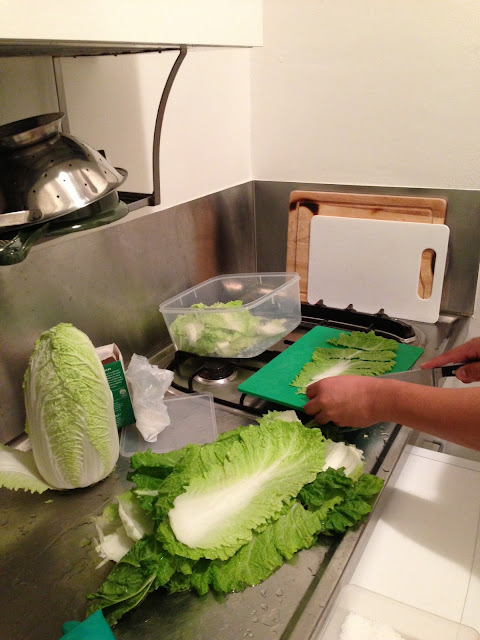 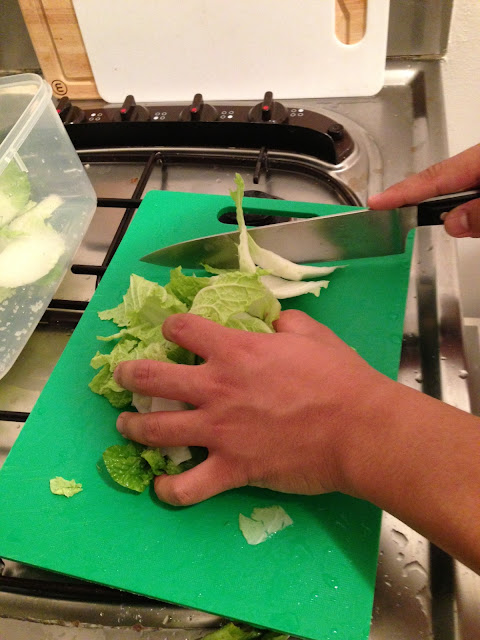 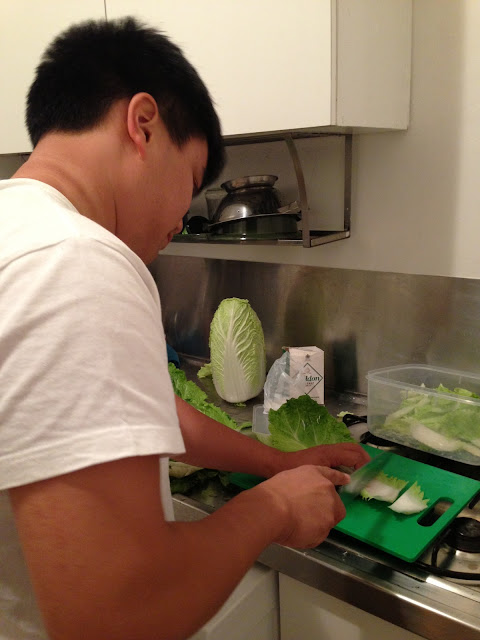 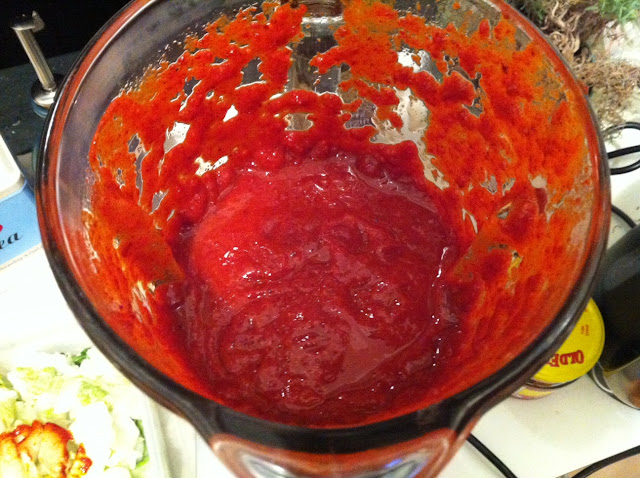 Probably my absolute favourite food is fried chicken. Eating my mum's fried chicken got me hooked, but in my opinion, the best fried chicken comes from Korea! There's a few great Korean fried chicken places in Sydney. Both Arisun and Naruone have excellent versions of the dish. These restaurants tend to serve the chicken with a variety of condiments to cut through the oily, rich, deep-fried bird. The king of these condiments is kim chi. 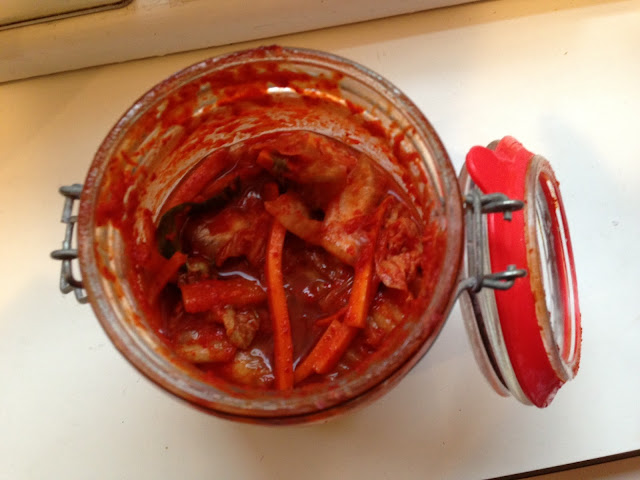 There's been a massive kim chi trend sweeping through restaurants, recipe books, blogs and magazines recently. For those readers who haven't heard of kim chi, it's basically a fermented cabbage, coated in a spicy chilli sauce. It can be used in a stir fry or salad. Or you can cook it into a delicious kim chi pancake (or pajeon as it's known in Korea).

When I was researching a recipe to use to make my own kim chi, I came across this excellent recipe in Issue 2 of David Chang's fantastic quarterly food magazine, The Lucky Peach.  The recipe looked pretty simple, except it contained two ingredients that I had never used before - brine shrimp and korean chilli flakes (kochukaru). 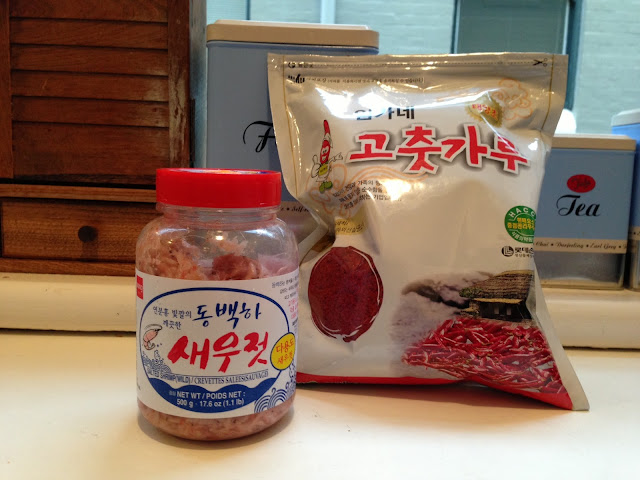 I happened to be around Eastwood one weekend so I stopped by the Korean side of Rowe St, which has a couple of Korean supermarkets.  So after a quick trip around Young Mart, I found it pretty easy to find these ingredients. 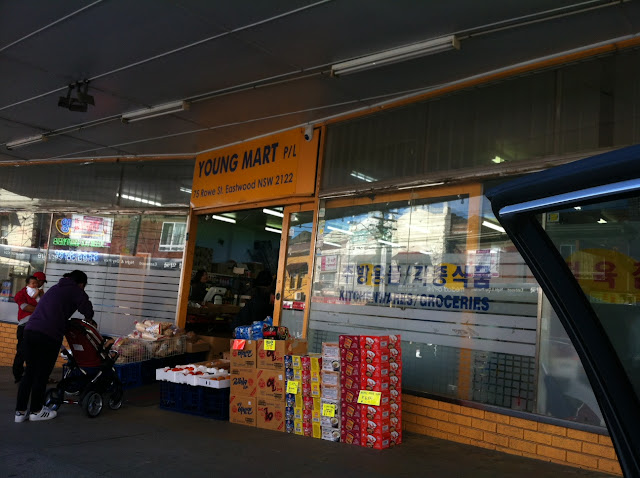 Making the Kim Chi was fairly straightforward.  The hardest part was waiting a week before trying it!  In the end this recipe seemed to be saucier (not in the raunchy sense of the word) than the Kim Chi that I have at Arisun or Naruone, but that being said, it was much more flavoursome.  A friend described it as being really 'potent' - it really does pack a bit of a punch.  And week by week the kim chi becomes more fermented, and more potent.

I've found that the best way to eat this Kim Chi is with Bulgogi beef, and some Korean shallot pancakes. Delicious! 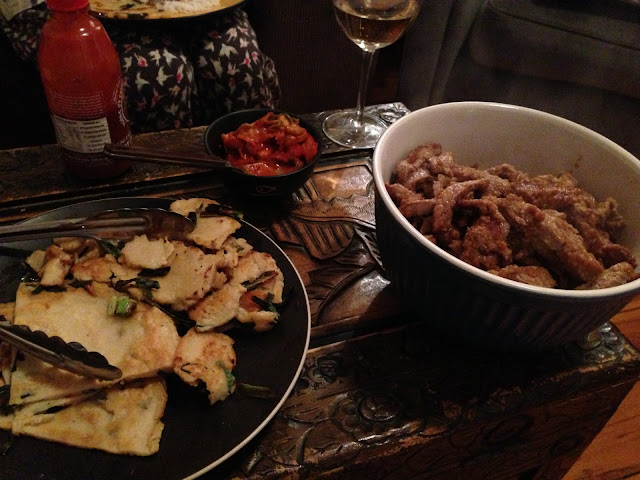 Adapted from David Chang's recipe for Paechu Kim Chi in Issue 2 of The Lucky Peach.