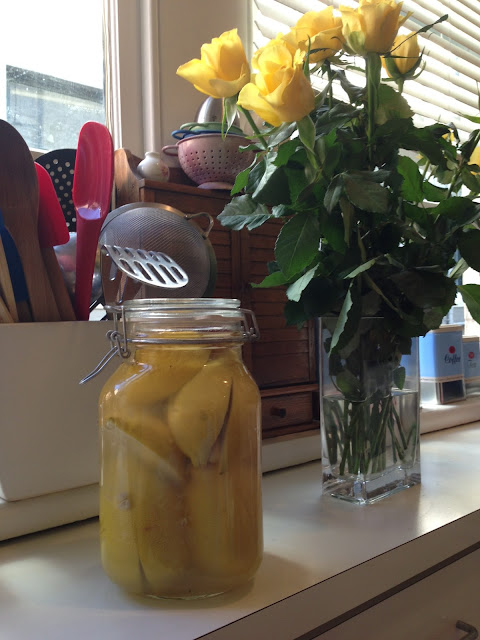 A few weeks ago, I purchased Jerusalem by Yotam Ottolenghi and Sami Tamimi.   I had been watching Ottolenghi's Mediterranean Feast on SBS and enjoyed it so much that I jumped online and got a copy of his book.  I loved reading about and watching Ottolenghi cook so many vibrant Middle Eastern dishes, using spices that I've rarely cooked with, and some ingredients that I hadn't heard of before. 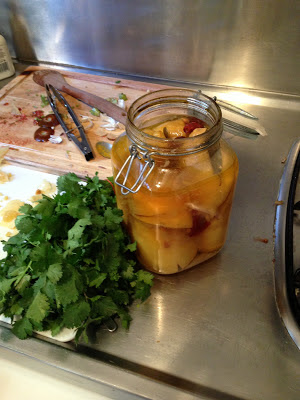 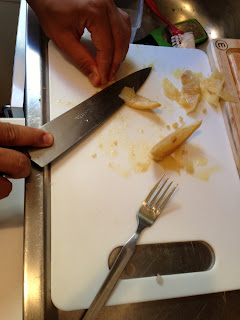 One of these ingredients that hasn't really been on my radar is preserved lemon.  Preserved lemon is a major ingredient in Middle Eastern cuisine, and is really quite simple to make.

Having researched a few cook books and online recipes for preserved lemons, I found that the majority of recipes simply used salt and lemons, and submerged the lemons in extra juice.  But I did come across another recipe that actually covered the lemons in boiling water instead.

As I didn't have enough lemons to top it off with juice,  I decided to go with the boiling water method.

I wasn't quite sure whether it would work out, but after leaving them in the jar for a month, they turned out beautifully.  When I first cracked open the jar, the smell of lemon was really intense - preserving them just magnifies all the great aromas that you usually get from lemon rind.

I was keen to try my new batch of preserved lemons in a middle eastern dish, so I decided to make a lamb tagine in a slow cooker. 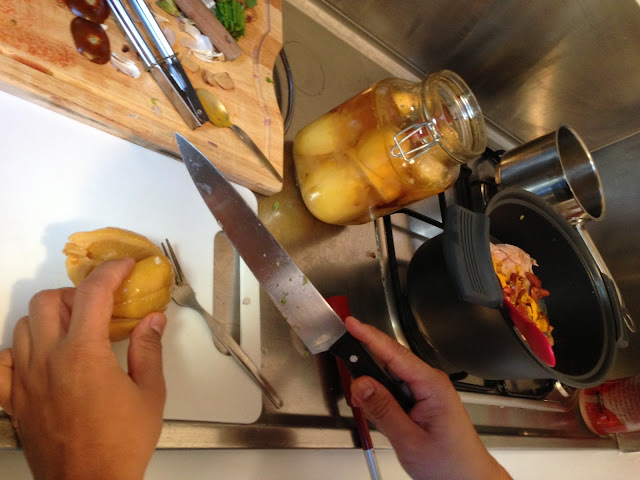 Note:  The SBS recipe recommends to soak the lemons overnight in water to remove some of the bitterness.  I didn't actually do this, and when I used the lemons they weren't bitter at all, but I didn't really use the white pith or flesh of the lemons.  I'll try this next time... 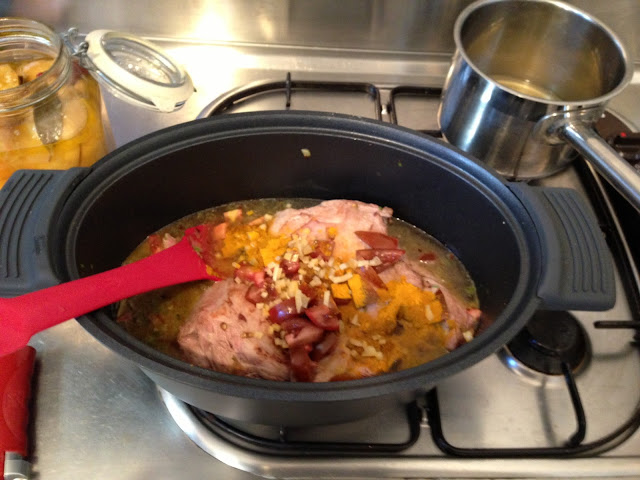 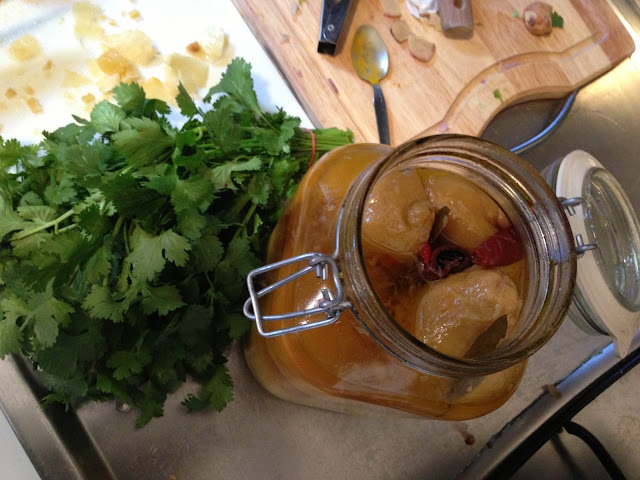