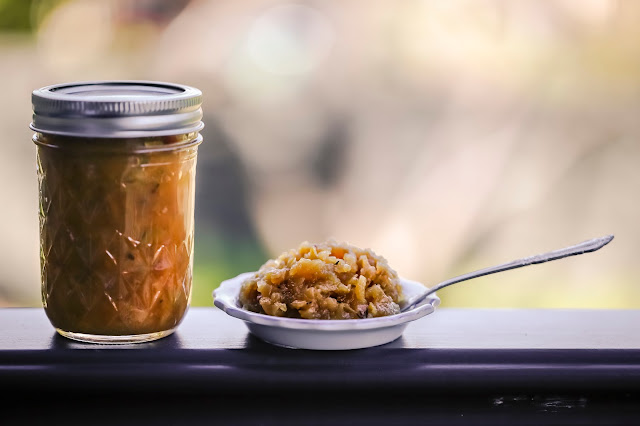 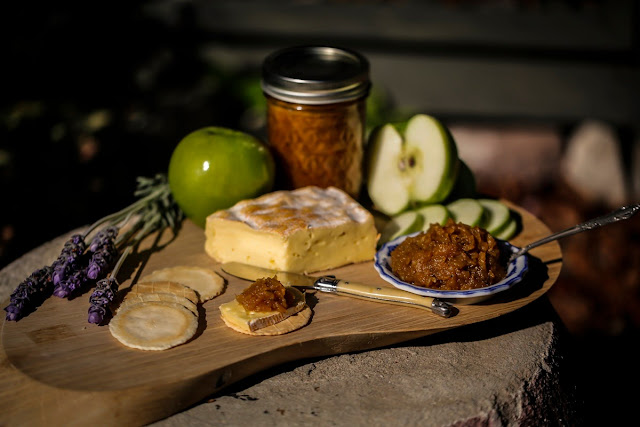 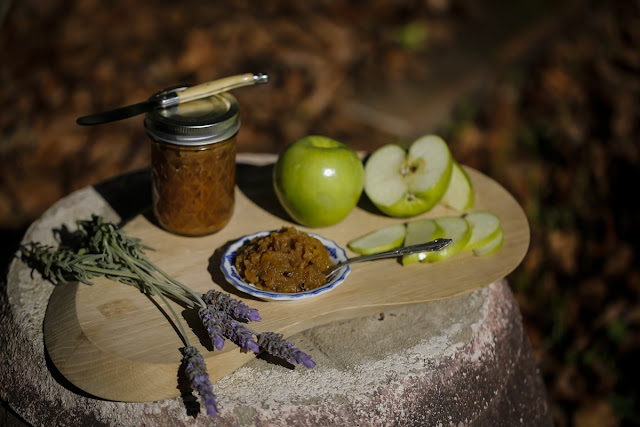 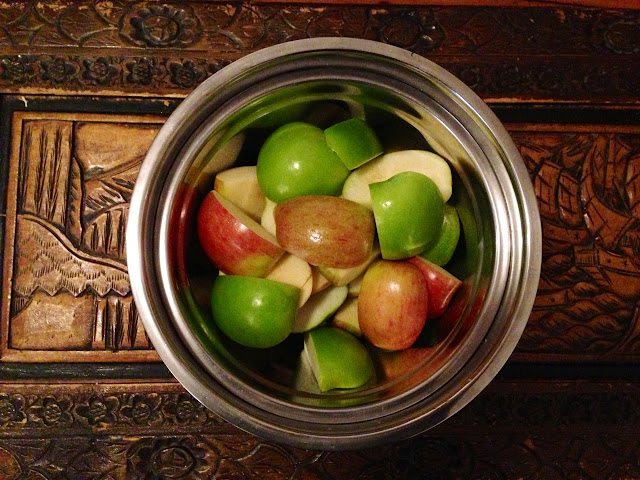 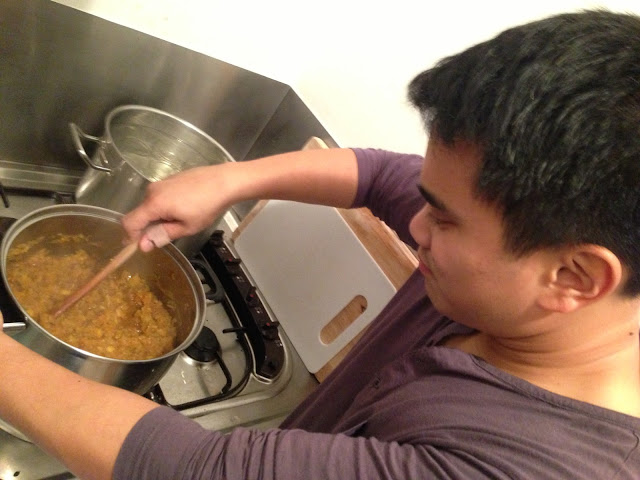 In a couple of weeks I'm going to be changing jobs at work, so I figured that as a farewell gift to my team, I could give them some pickles or preserves.

The dilemma was: "What do I make for them?"  A month or two ago I purchased a book online called The Preservation Kitchen by Paul Virant.  I had read that it was one of the best cook books of 2012, and I liked the idea of reading a more detailed account of food preservation.  It's an excellent book with some really delicious sounding recipes and has proved to be a really useful guide some of the finer details behind pickling and preserving. So, I went to it for ideas! 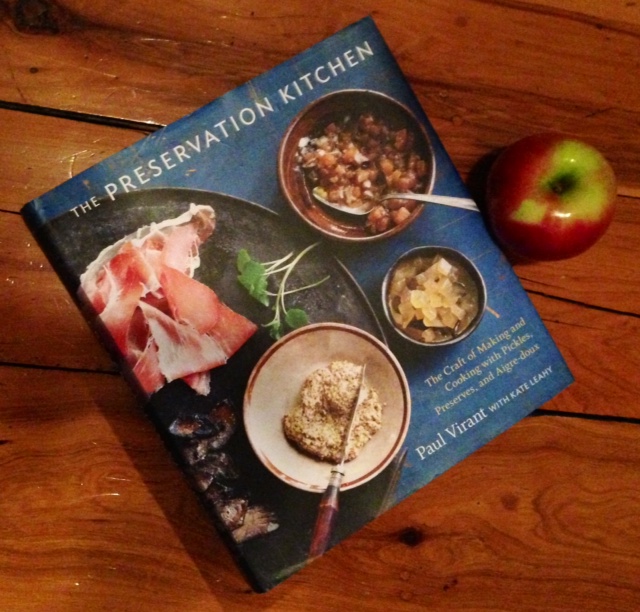 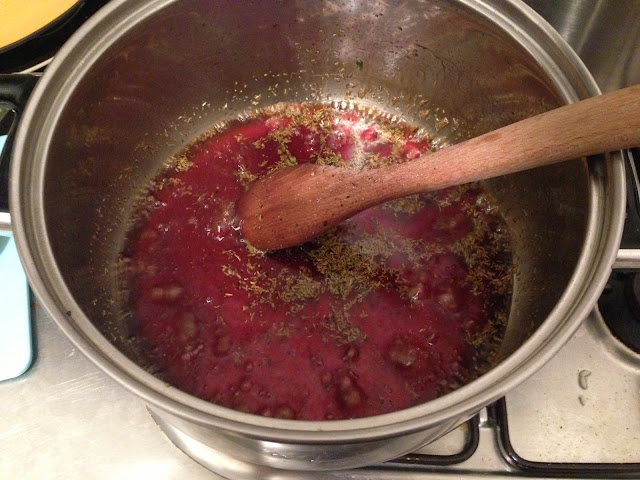 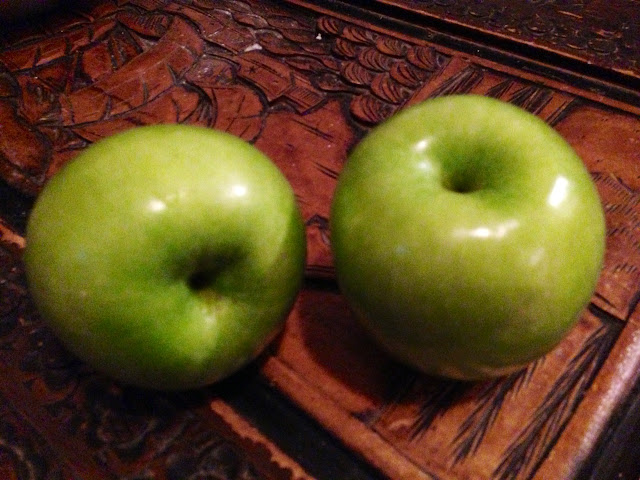 One recipe in Virant's book that jumped out at me was the Caramel Apple Jam.  He describes this preserve as being a "near-perfect cheese condiment".  As it only contained six ingredients, and sounded a little bit different from your standard jam, I decided to make it for my team. 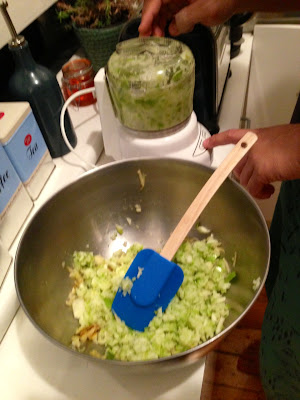 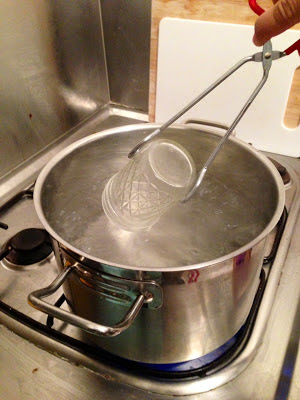 I also wanted to try water bath processing for the first time, so I went online and searched for some proper preserving jars.  In the end it was easy to find some on eBay, through OzFarmer.  I figured half pint jars would be large enough, and I had read that Ball was a classic brand - so I decided on a dozen half pint genuine Ball Mason quilted jam jars.  They arrived within two days and looked fantastic.  In fact, most of the compliments and questions I received after giving the jam to my team, was about these old-school jars!

The most difficult part of making the jam was shredding the apples.  Grating them took so long, so I chose to use a small food processor  instead, but I think my old mini food processor was a bit too small for the job and I would recommend using a larger one if you can.   In the end, however, it turned out pretty well. 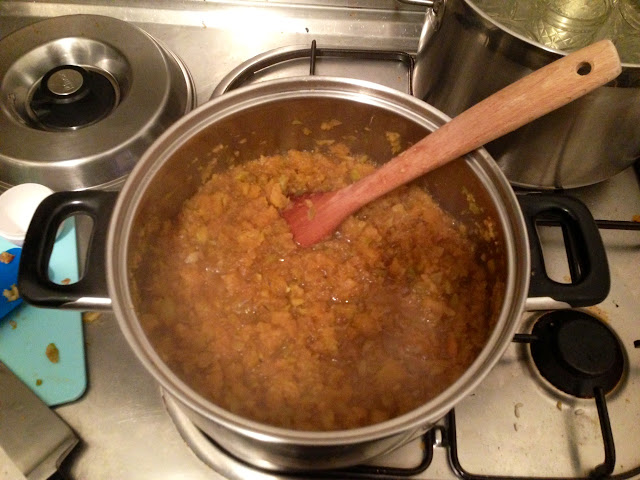 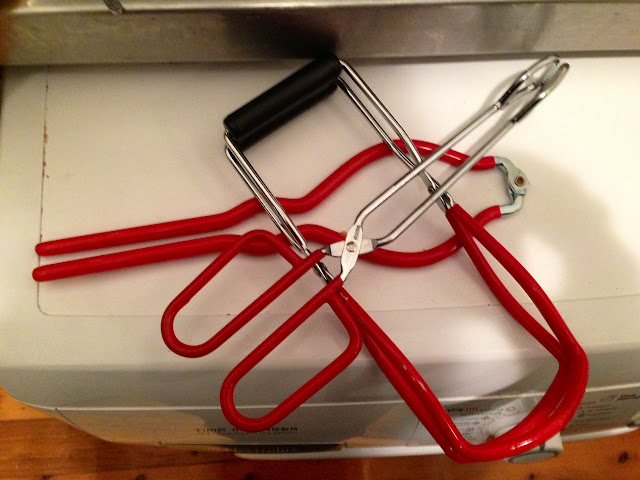 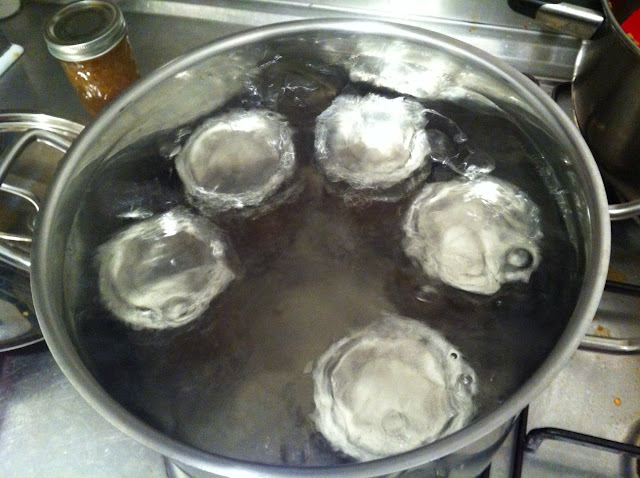 I found water bath processing quite straightforward, although it would have been much more difficult had I not purchased a canning kit a few weeks ago.  I had previously read some canning horror stories online (eg: people ruining entire batches of preserves, jars blowing up under the pressure etc.) so the whole process was a bit nerve racking for me.  I was really carefully following the instructions in the book, watching the jars closely as they boiled, hoping they didn't explode or burst.

But of course my fears were unfounded.  The jam was totally fine in the end and the jars sealed properly.  The caramel apple jam was perfect with some sharp cheddar on crackers, but I also think it might work well as an accompaniment to roast pork... something to try out later! 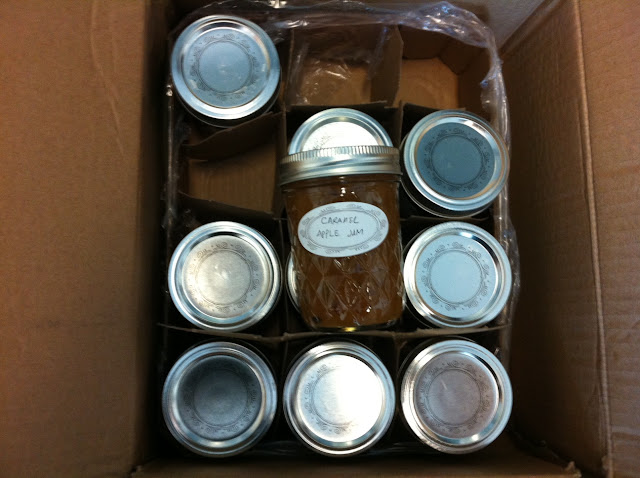