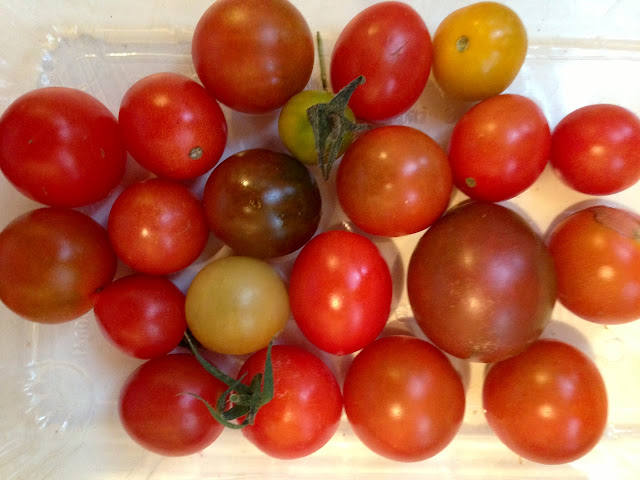 I've been watching a lot of Mad Men recently, and now that the sixth series has finished, I'm having TV series withdrawal symptoms.  There's one particular episode where Don Draper and co. make a pitch for Heinz Ketchup.  In one of his impressive speeches, Don describes Ketchup as being the condiment.  It's the sauce that everyone uses on their food and some things are just incomplete without it. Don may not have won the Heinz Ketchup account in the end, but he was successful in persuading me to make ketchup from scratch! 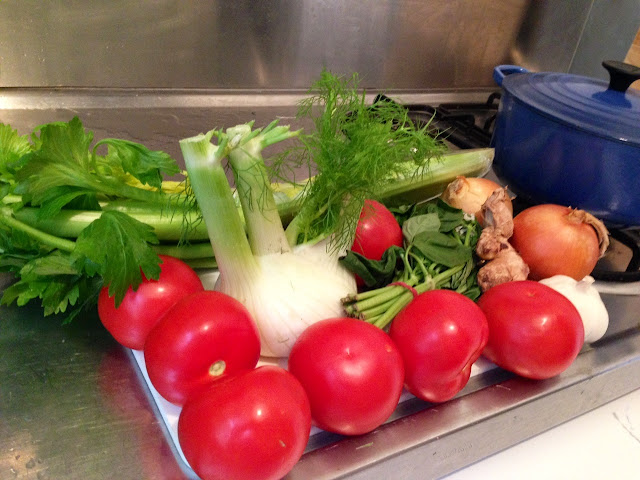 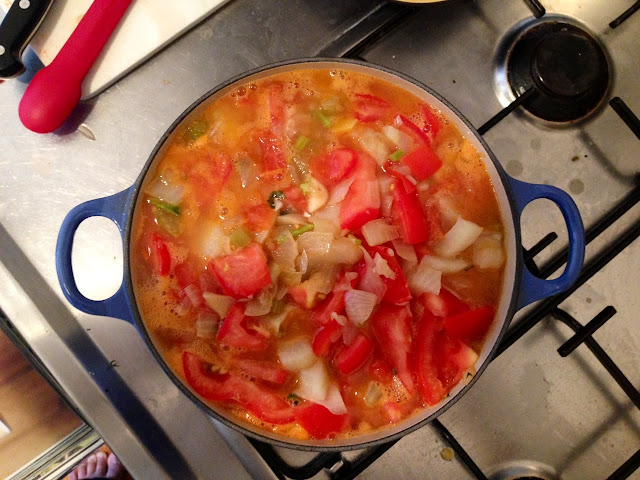 I was researching recipes for this experiment and I remembered that in one of the Jamie Oliver books I own, Jamie At Home, there's a great recipe for Ketchup which Jamie actually cooked on his TV show.

So I grabbed the book out of my bookcase, bought some tomatoes and got cooking.  The whole process was pretty easy but the most time consuming and painstaking part was pushing the sauce through a fine sieve. I only had a small sieve so it took ages. 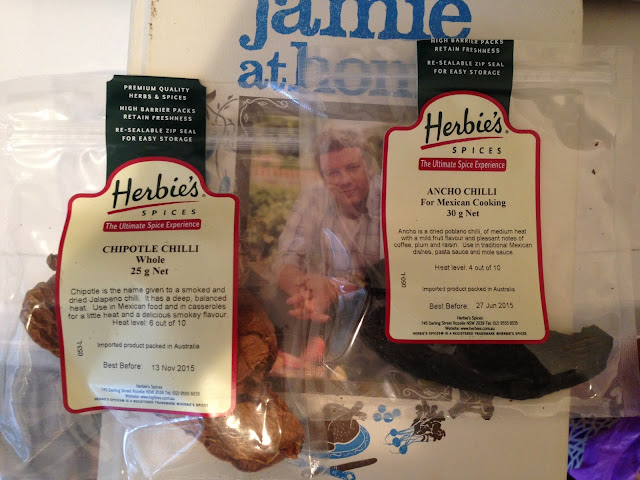 I had some dried Chipotle and Ancho chilies lying around so I added them to to recipe for a bit of a kick and for some depth of flavour.  The Chipotles add  a slight smokiness to the sauce.

So the verdict? The first batch was slightly acidic on first taste. It was probably a combination of having tomatoes that weren't ripe enough or sweet enough (tomatoes weren't really in season when I tried this, I would recommend being patient, unlike me!), and the fact that the recipe asks for quite a bit of vinegar.  I actually wonder whether this is an error or typo in the book.  But after counter-acting this acidity by adding a few extra tablespoons of sugar and cooking the sauce down further, it tasted pretty decent! When I try this again, I'll pair back the vinegar and make sure I get some really ripe tomatoes. 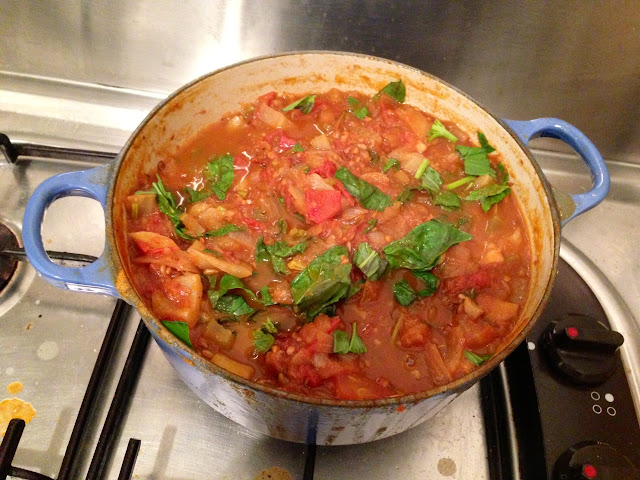 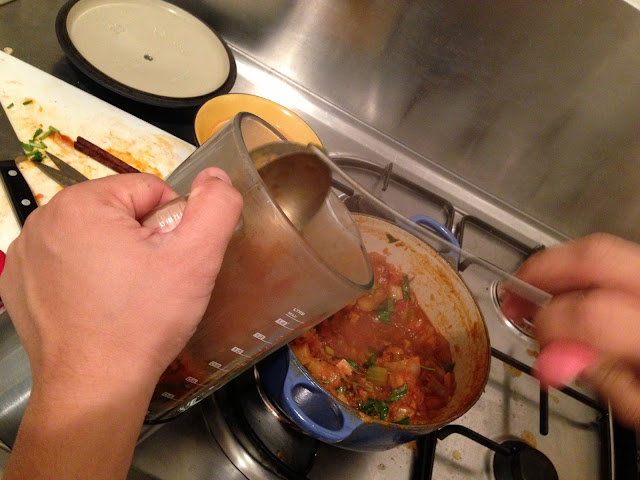 Now with two large jars of homemade ketchup on my counter, I decided to try it out on a Bacon and Egg Roll.  A truly perfect combo! 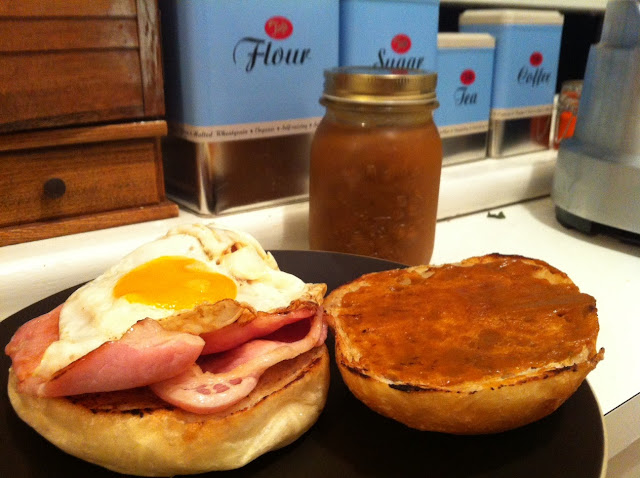 The sauce making:
Follow my blog with Bloglovin
Posted by Jarhead at 09:34