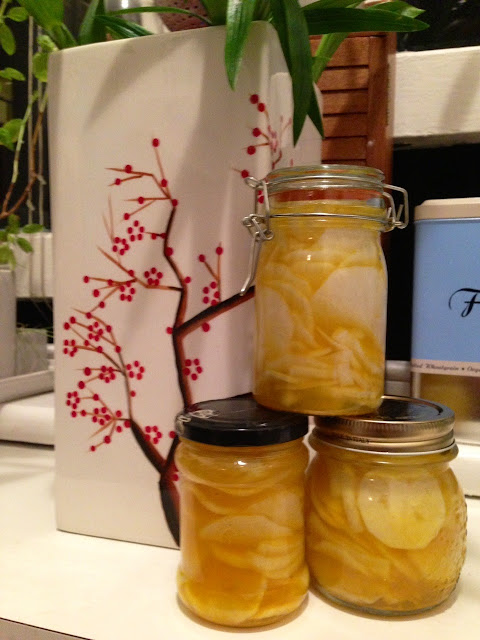 Daikon is an extremely underrated vegetable. To describe it to those who haven't heard of it, it's pretty much a big, white radish, that resembles a long, white carrot, but you also see some short fat daikons - they are really quite strange looking things. Daikon is extremely versatile and adds freshness and crunch to salads and other cold dishes.   It doesn't really have a distinct flavour other than a very subtle hint of radish. 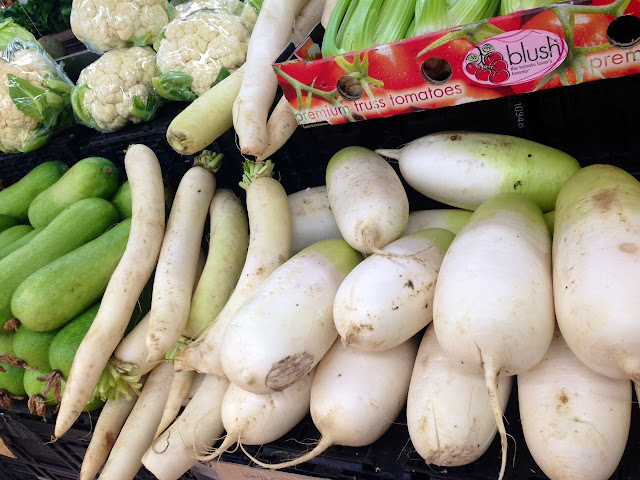 I can't get enough of sushi and sashimi, and when you go to a Japanese restaurant you often see some grated daikon adorning the side of the dish beside a clump of wasabi or some pickled ginger (which is another pickle I'd like to try to make at some stage! Any recipe suggestions?)  It also features in Korean cuisine, served on the side of Korean BBQ and fried chicken - it really cuts through the grease. 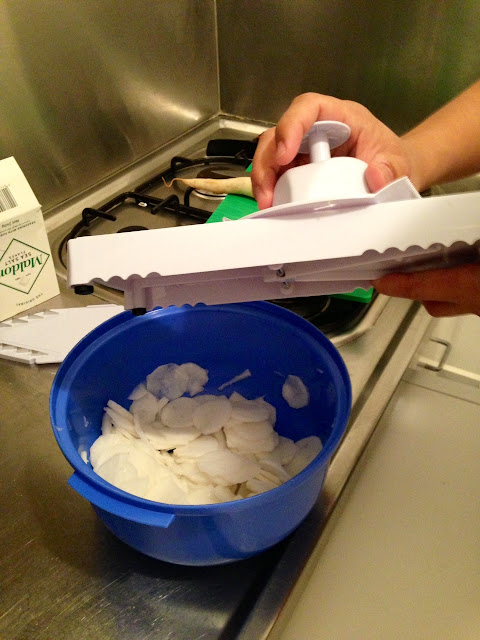 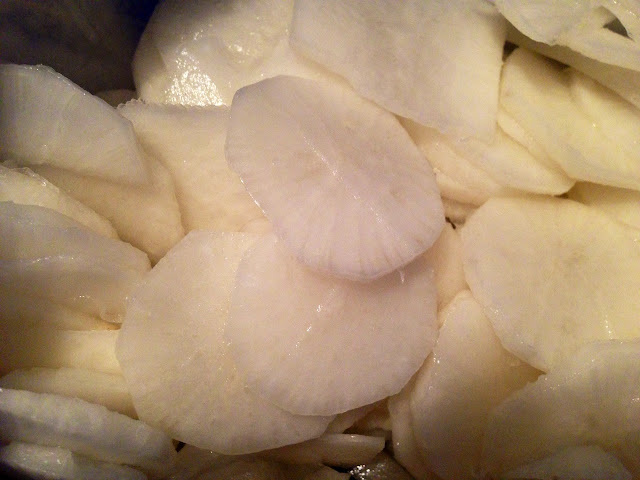 On one sushi outing to Makizo in Edgecliff, we ordered a side dish of "assorted pickles".  There were three types of pickles, all highly coloured in pink, green and yellow.  The pink and green ones were unusual to say the least, and I'm still not sure exactly what they were (I'll have to find out), but the yellow pickled daikon was a really simple, sweet and sour pickle that went perfectly with a bit of sushi. 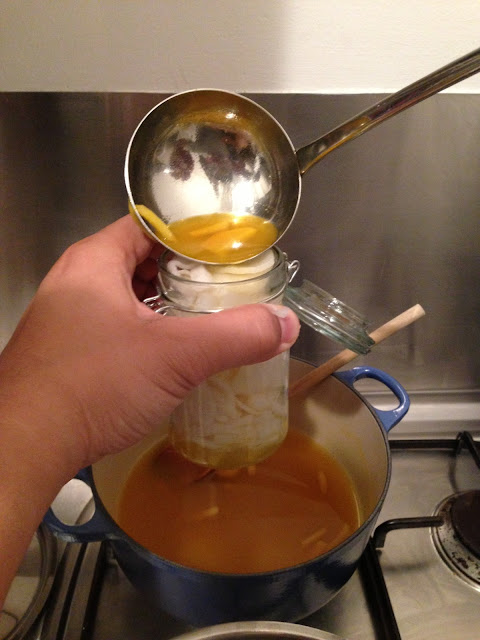 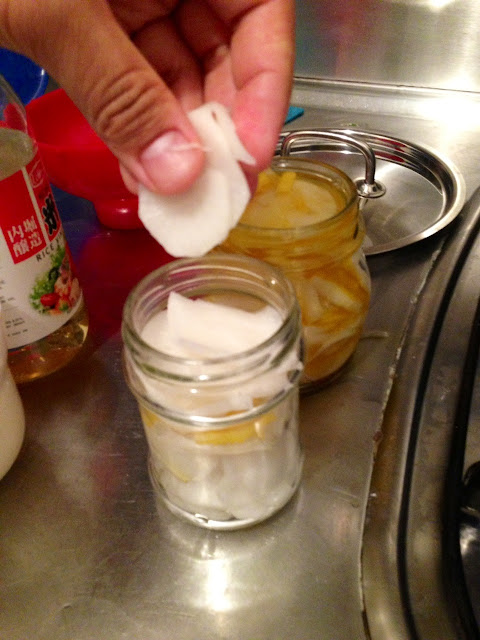 Making it is very easy,  especially if you have a mandolin to assist with the thin slicing of the daikon.  I concocted the pickling brine for this recipe after looking at a few recipes online.  The main difference between pickled daikon and other pickles, is that pickled daikon uses rice vinegar.  All the recipes require this ingredient.  I managed to find a small bottle of it at the New Yen Yen Supermarket in Haymarket.  You can really find any Asian ingredient there and it's suspiciously cheap.  The brine is also diluted with water, which differs from other pickles that I've made for the blog.  So this should lead to a subtler, less sour/tart result. 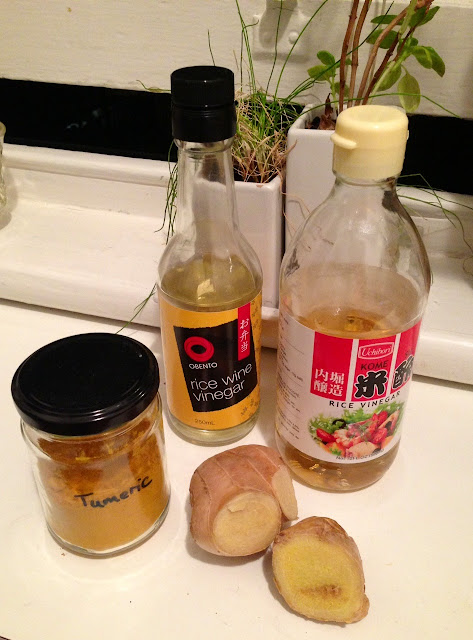 Another ingredient that kept popping up in pickled daikon recipes is ginger, which makes the daikon match perfectly with the soy and wasabi that would usually accompany sushi.  Finally, turmeric is added for colour - daikon would be pretty boring on its own and colour is so important in Japanese cuisine. 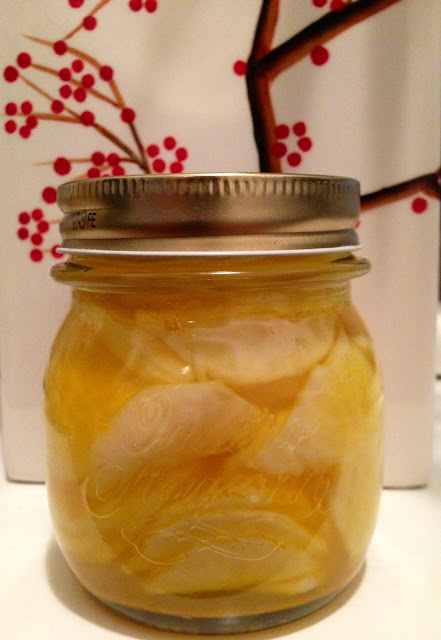 I'm yet to taste the results, as I have to wait a couple of days before eating it, but I'll report back next week.  Also I'd love to hear from readers if you have any pickling project suggestions! What should I pickle/preserve next?

What you need:
The pickling process: