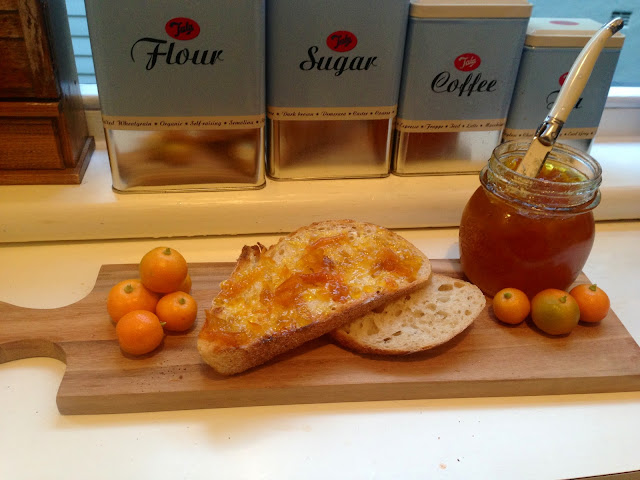 My parents have two large kumquat trees in their backyard.  Some years they don't produce much fruit but this year they've been particularly prolific.

Whenever I visit them, my Mum offloads bags filled to the brim with kumquats.  So week after week, my fruit bowl at home seems to pile up higher and higher with kumquats.  My Mum calls kumquats 'Calamansi', which is the Filipino word for the fruit. In the Philippines they tend to squeeze them over savoury dishes instead of using a lemon or a lime.  At the Sydney Filipino restaurant, La Mesa, they even serve Calamansi juice as a sharp and refreshing drink. 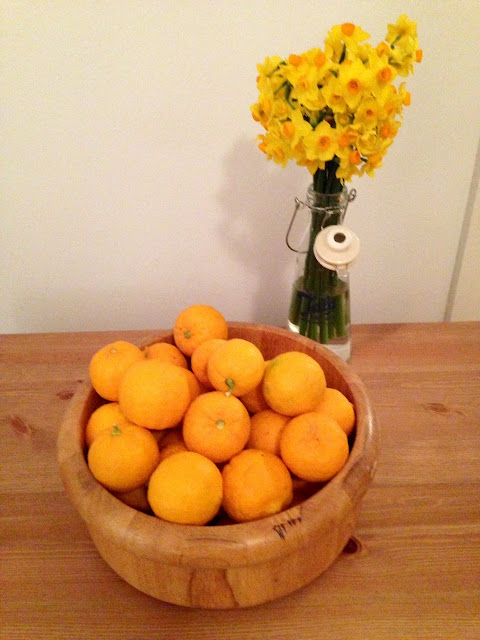 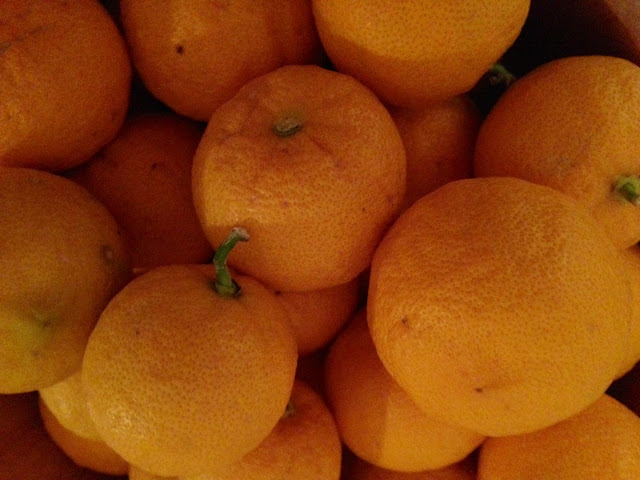 Sometimes I also squeeze kumquats into a gin and tonic.  But a man can only drink so many G&Ts.

So I had to find a way to use these kumquats.  The most obvious solution was marmalade.  The difference between a marmalade and a jam is that a marmalade includes both the skin/rind along with the juice and pulp of the fruit.  It is more time consuming than a jam because you need to cook the marmalade down to a point where the rind becomes soft enough to eat.  Some recipes also ask you to soak the fruit in order to remove some of the bitterness from the pith. 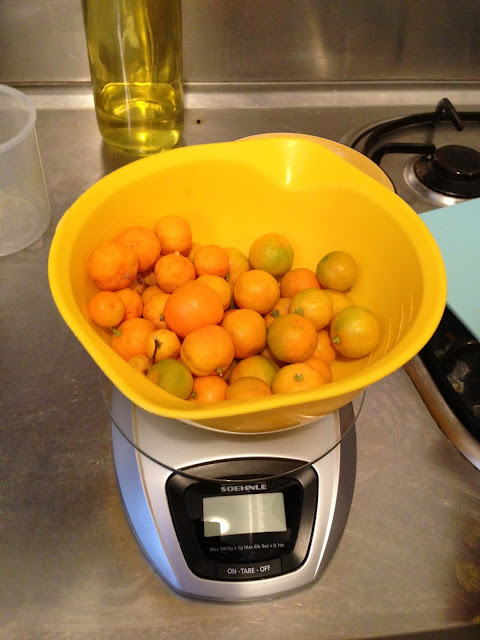 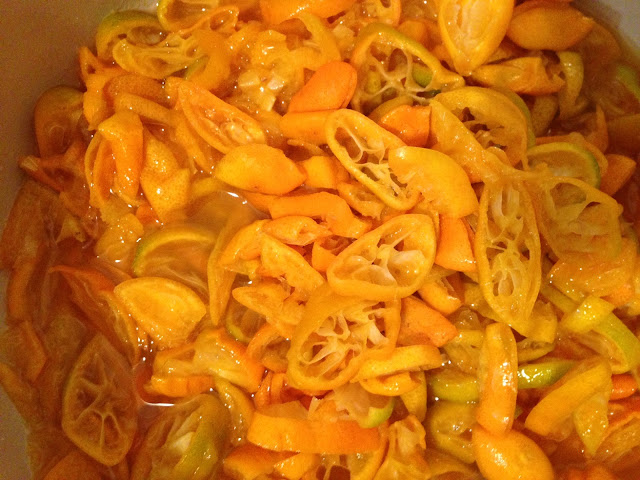 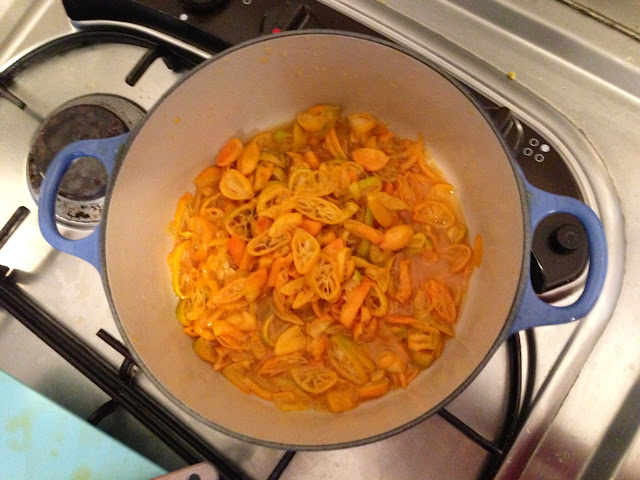 The good thing about kumquats is that they are tiny and their rind is very thin.  So it's less time consuming than, say, orange marmalade.

My kumquat marmalade turned out particularly well (I only made a small quantity, but should've made more!) It's very fragrant - kumquat rind is more floral and perfumed in taste than other citrus, and it really comes through.  It's also pretty tart, and ends on a bitter note - but reading other blogs and books about marmalade, it seems that for some people the bitterness is part of the appeal of marmalade. 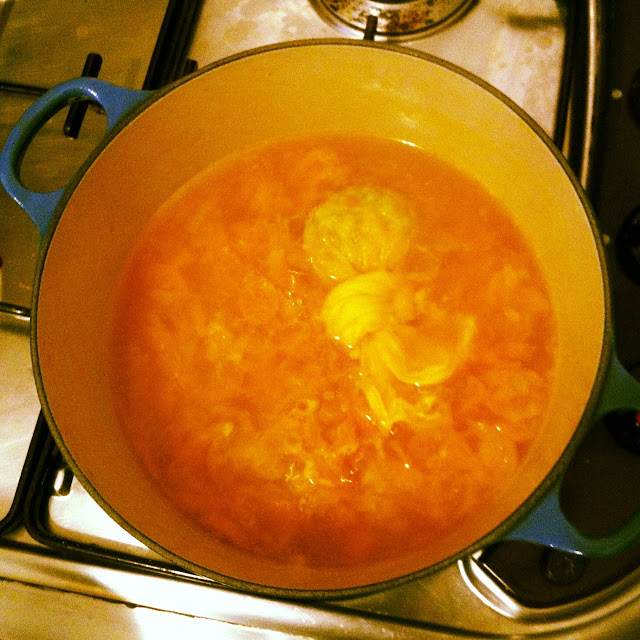 This week I also made a Rangpur Lime Marmalade with Jasmine Tea.  I wasn't as pleased with this batch, but I'll post about it later this week!