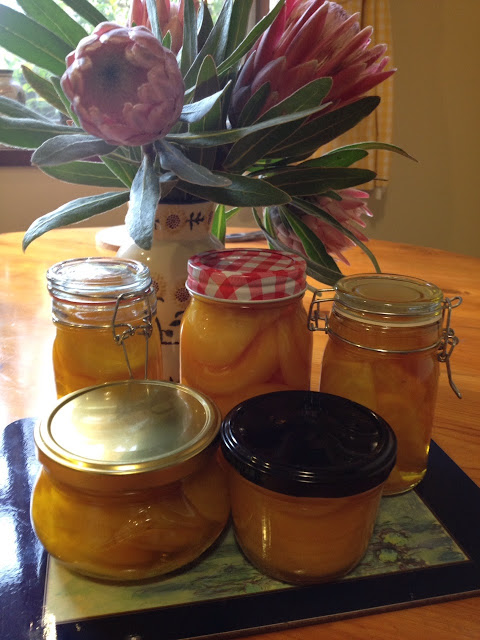 I was in Canberra for the weekend with my girlfriend visiting her parents.  Her father is a more prolific pickler/preserver than I am, so I was more than happy to assist him in pickling some of the produce he had grown in his extensive garden.  He grows all different types of fruit and vegetables, but being winter at the moment in Australia, the selection was limited.  But luckily, he had some golden beetroot lying around. 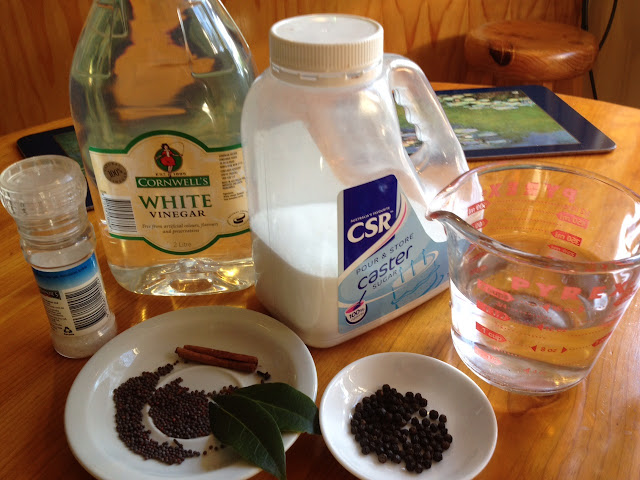 Golden beetroot is a beautiful vegetable.  I had never cooked with it before, but after pickling it, I'd definitely grab some next time I see a bunch at the markets.  The deep yellow colour really emphasises the rings in the centre of the beetroot, so if you slice it the right way, you get some great yellow concentric circles. 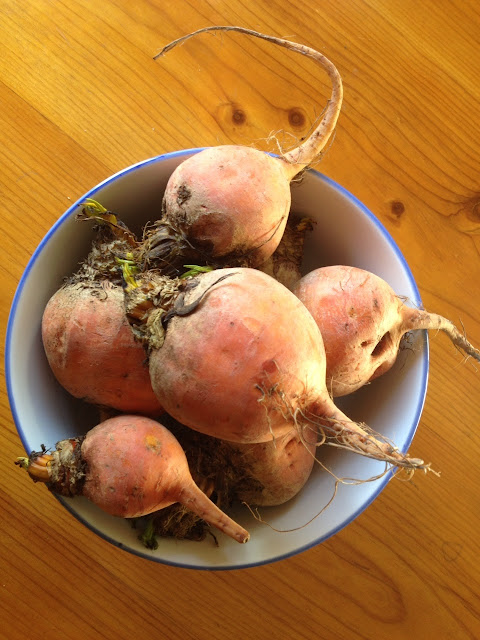 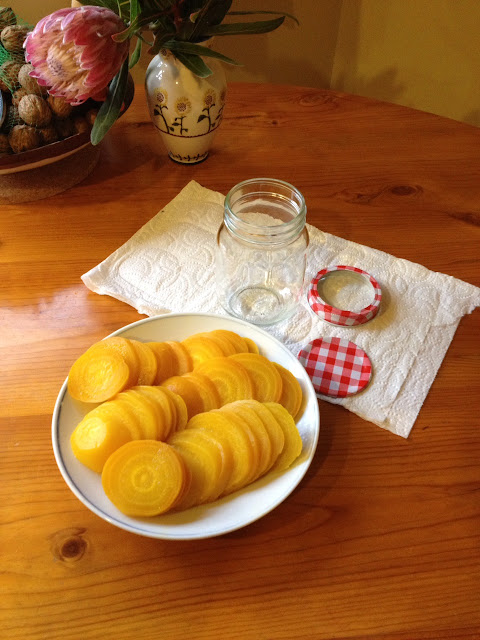 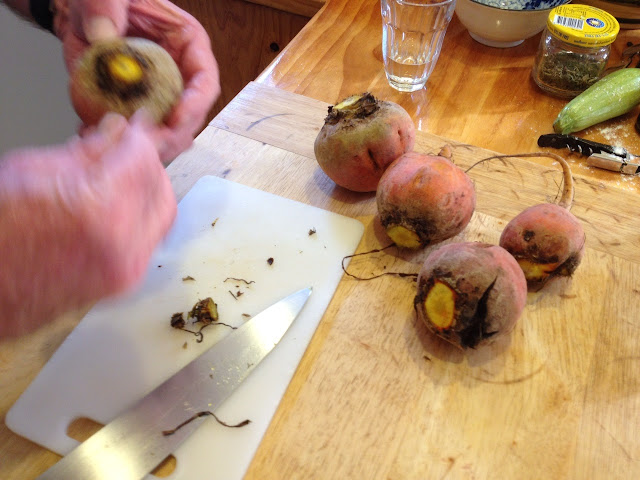 Going through the family garden really made me want to get into growing produce - taking my pickling and preserving to another level by actually preserving things that I'd grown, or saving an abundant crop for later.  Apparently golden beetroot is actually quite difficult to grow.  It's very temperamental and "bolts to seed" quite easily (so I've learned that if a plant "bolts to seed", instead of growing good quality fruit or vegetables, the plant skips this step and produces seeds straight away.  It happens when the climate isn't able to support the fruit/vegetable growth, which is common in the dry, cold Canberra region). 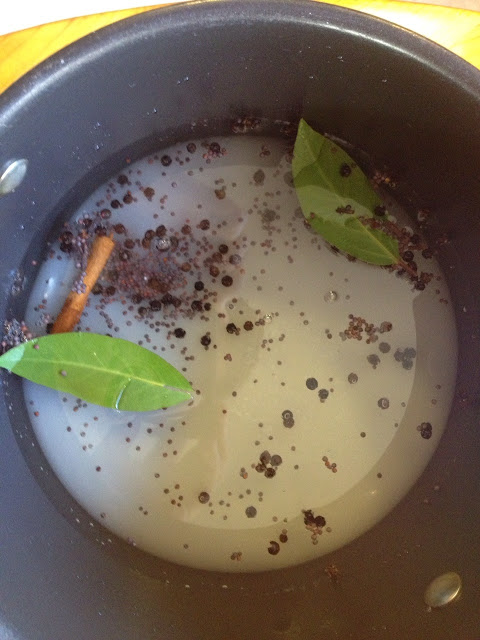 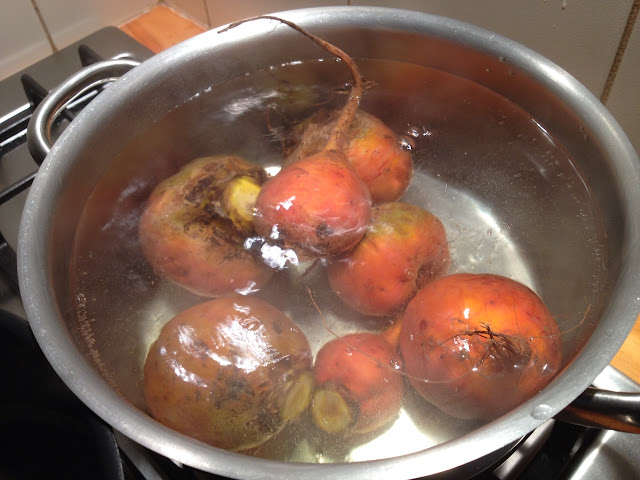 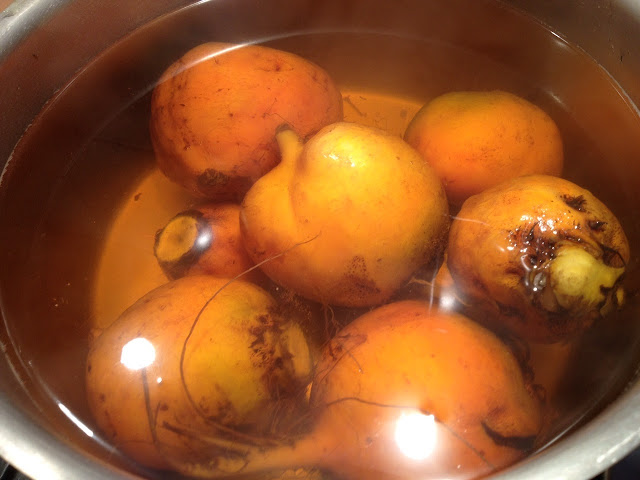 Beetroot is one of those things that is quintessentially Australian.  It is what makes an Australian burger distinct from an American one. But tinned beetroot can really be overly sweet, and watery - turning sandwiches to a soggy pink mush.   This pickled golden beetroot will restore your faith in this root vegetable. 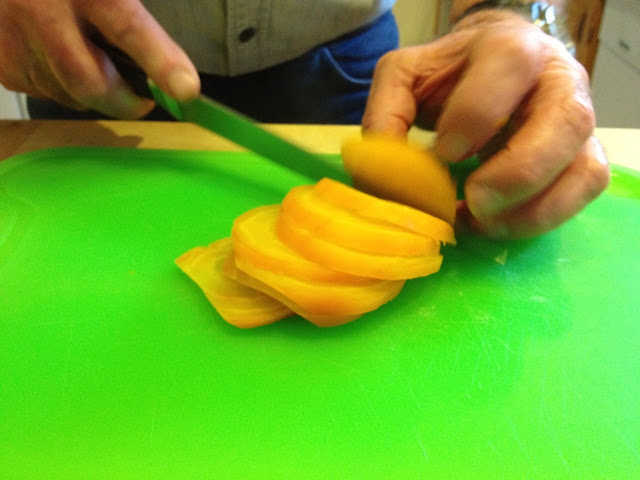 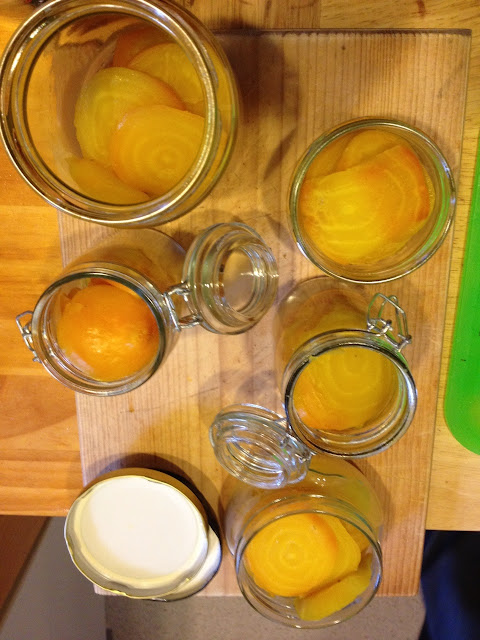 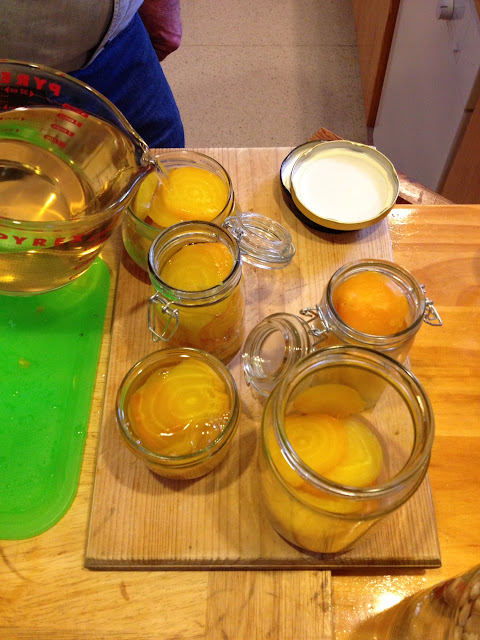 The recipe below is really quite simple.  It's great on sandwiches or with cheese, and has a more subtle beetroot flavour than your standard red beetroot - and is much less sweet than the canned stuff! Golden beetroot also has a really nice earthy taste, and the vinegar doesn't hamper this.  It's also less likely to ruin your favourite white shirt...