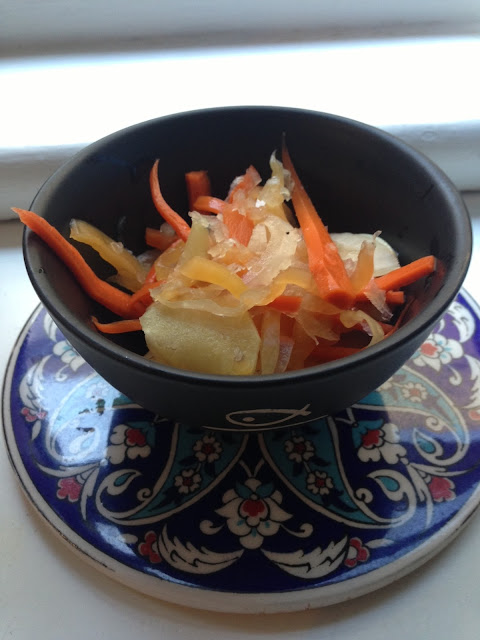 Being of Filipino background, I always wonder why Filipino cuisine isn't as popular or prevalent as other Asian cuisines.  There's only a handful of Filipino restaurants in Sydney.   And it can't be because there's a small volume of Filipino immigrants in Australia - there's actually a large community of around 190,000.

A strange mix of influences shape Filipino cuisine.  Writer Monina A. Mercado cleverly explained that "Filipino food was prepared by Malay settlers, spiced by Chinese traders, stewed in 300 years of Spanish rule, and hamburgered by American influence".  So surely there's something to appeal to everyone! 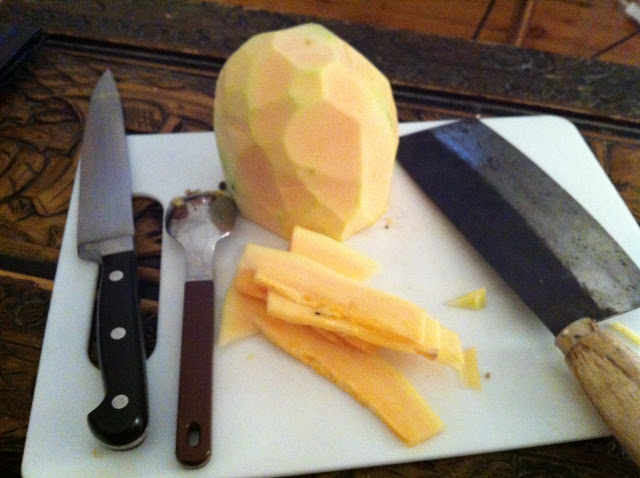 Growing up with my mum's cooking, I learned that a really important feature of Filipino cuisine is contrast - particularly the sweet/savoury, or sweet/sour combinations.  When we ate dishes like Lechon (roast pork) or something fried (i.e. 50% of Filipino cuisine...) Mum would always serve Atchara as an accompaniment.

Atchara is a Filipino pickle that uses green papaya as a base.  You can't easily find green papaya out of season in Australia, but you can get them during summer at the food markets or at Asian grocery stores.  Admittedly I'm posting this article months after I made my batch of Atchara, but it keeps really well and still tastes great! 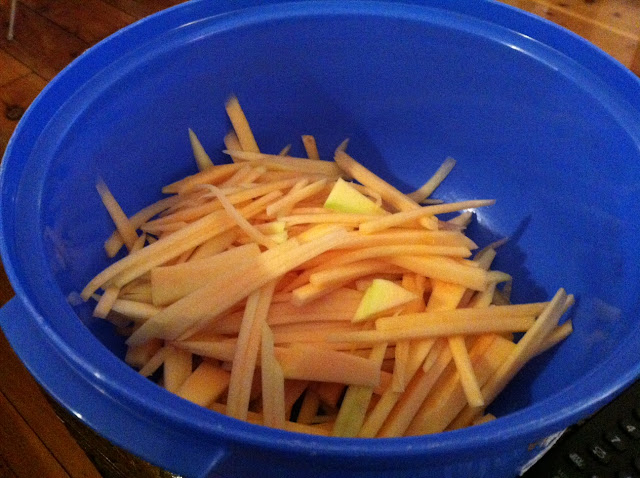 I tracked down some green papaya at a grocery store in Haymarket. Two large ones yield quite a few jars of Atchara.  Grating or julienning all of the papaya takes a long time, so I'd recommend using a mandolin.  The green papaya is mixed with onion and carrot, and sometimes even capsicum, so you get a great combination of colours in the jar.

After a thorough inspection, my folks approved my first attempt at Atchara, but their only criticism was that it wasn't as sweet as they usually like it. They love having something sweet to balance something savoury. But my girlfriend really likes it and thinks its the most versatile pickle I've made.