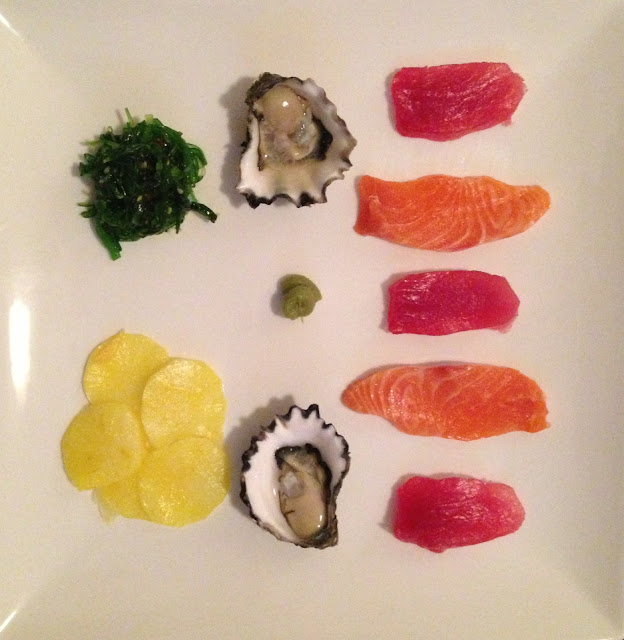 At the start of July I came up with the idea of doing Food Flat-Lays as a way of featuring the pickles and preserves that I'd made.  The first one I did was a cheese platter and it's been a month since then - I got side tracked pickling!  But I've now done a couple more and will hopefully be doing them more regularly now.
I may have mentioned previously in my post about Pickled Daikon, that I can't get enough of Sashimi.  I recently went to the Sydney Fish Markets to get some seafood from my favourite fishmonger there, Claudio's, because I was cooking lunch for my folks.  I also decided to buy some sashimi and oysters to try with the pickled daikon for dinner.

The result is the platter above which includes:
Posted by Jarhead at 21:12