Earlier this year I went on a trip to Vietnam.  I travelled from South to North; going from Ho Chi Minh City to Hanoi and stopping in Hoi An and Da Nang on the way.  The trip was really memorable, not just for the sights and the people, but especially for the food.  In fact, food was pretty much at the forefront of my mind when I decided to travel there.  That's right - I wanted to have an "authentic" Vietnamese food experience. 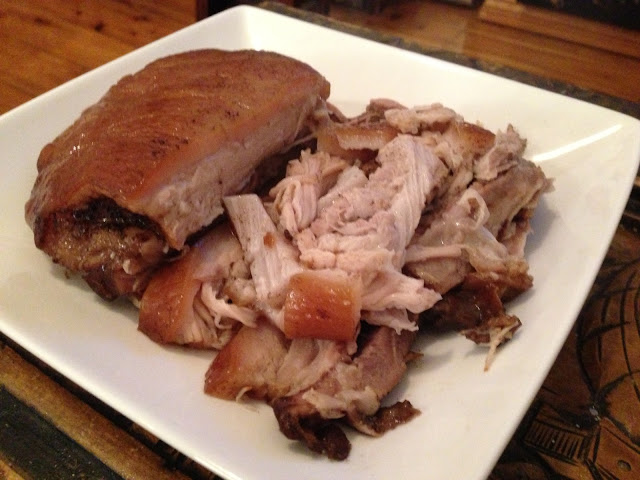 Even before we left, I was researching the best places to eat in each destination.  Here in Sydney, everyone was (and still is) going crazy for Vietnamese Pork Rolls - Bánh Mì.  The first time I tried one was on the recommendation of someone at work.  Working in Ultimo, I was surrounded by pork roll vendors - each one slightly different, but all really tasty.  And once I had tried one of these delicious rolls, it became a staple in my weekly lunch repertoire - and all for the bargain price of around $4.50 (my girlfriend tells me that her first Bánh Mì was a $3.50 roll at UNSW, which was a special uni price - she is also hooked). 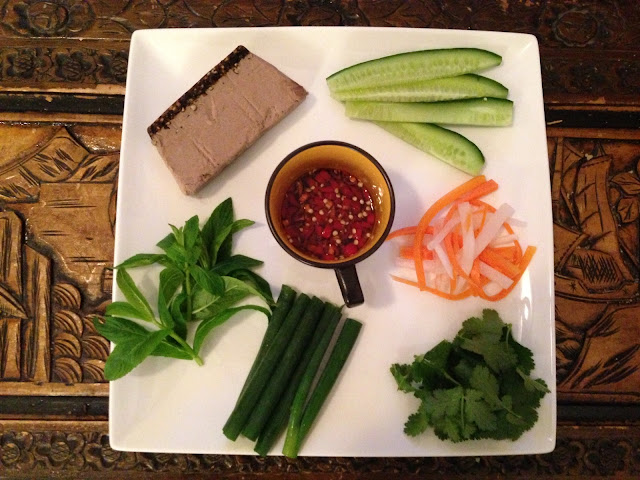 I couldn't believe that I hadn't discovered Bánh Mì before - The French influences harmonising with the Asian flavours.  Rich Pâté.  Crusty baguette.   Putting chilli and coriander in a sandwich! Totally makes sense.

So naturally, I was compelled to find the best Bánh Mì in Vietnam. Anthony Bourdain provided me with the answer.  In his popular TV program "No Reservations" he was brought by his intrepid French business partner to what he believed was the most delicious Bánh Mì in the world.  It was located in Hoi An and was being served from a tiny stall near the markets.

I found a blog online that mapped out the location of this Bánh Mì stall, and after wandering around the markets a few times, we spotted it.  There were a lot of locals queueing up out the front - a very positive sign.  And when I finally had a bite of this local delicacy, it certainly didn't disappoint. 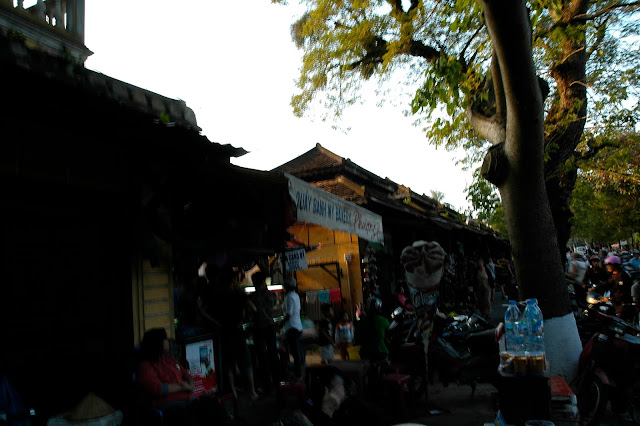 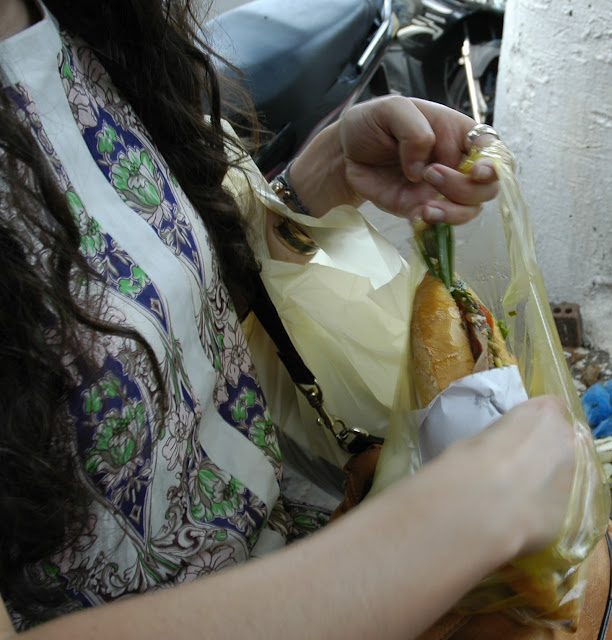 All of the best sandwiches tend to feature some kind of pickle, and it's no different with Bánh Mì.  They tend to include a very simple pickled carrot, and sometimes pickled daikon or white radish.

I've been having a bit of a daikon phase at the moment, probably because they're one of the only things in season!  After the success of the Japanese style daikon pickle I was keen on using the vegetable again.  So I made a Vietnamese style pickle which I could then use on my own homemade Bánh Mì. 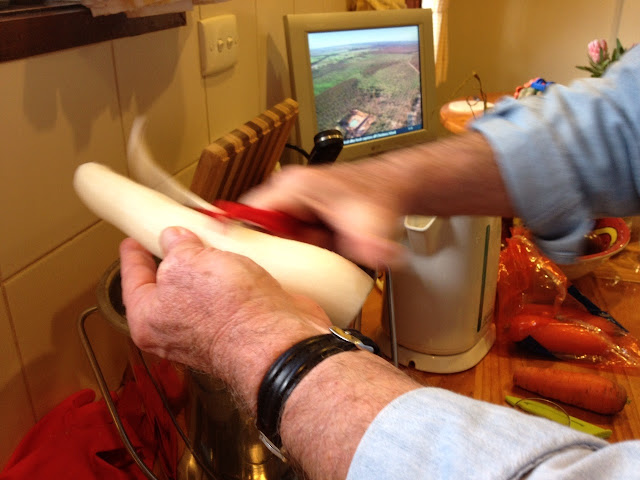 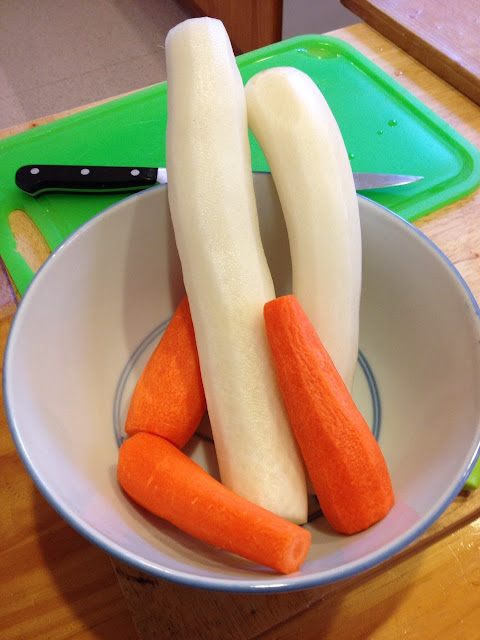 This pickle has similarities to the Atchara I posted a few weeks ago, but obviously with the distinct daikon flavour and texture, rather than green papaya.  It's crunchier and less salty too.

For my homemade Bánh Mì  I use slow cooked pork, rather than the standard lunch meat style pork that's normally used.  The coconut juice and the five spice add an interesting fragrance to the meat.  But I guess the question remains, "Is it worth making your own Bánh Mì?"  Well, in terms of flavour and using up leftover daikon - Yes.   But in terms of cost per sandwich - Hell No.  Go here instead. 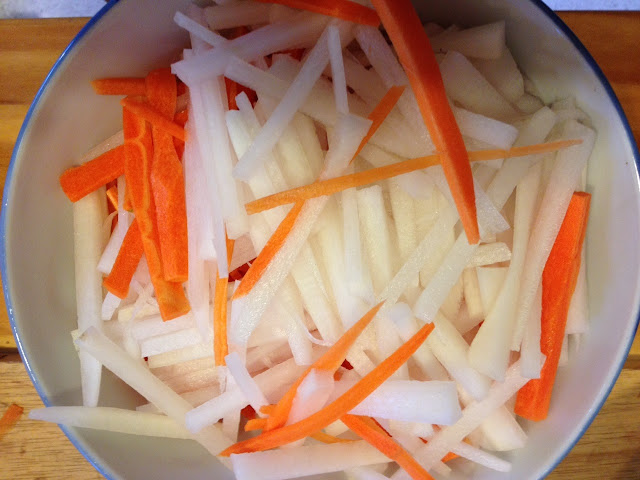 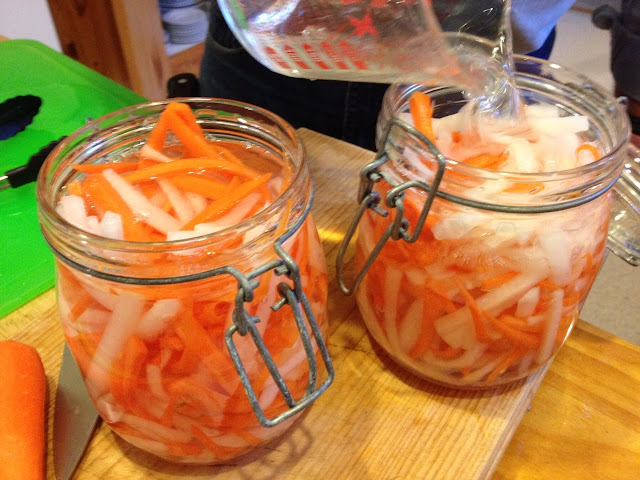 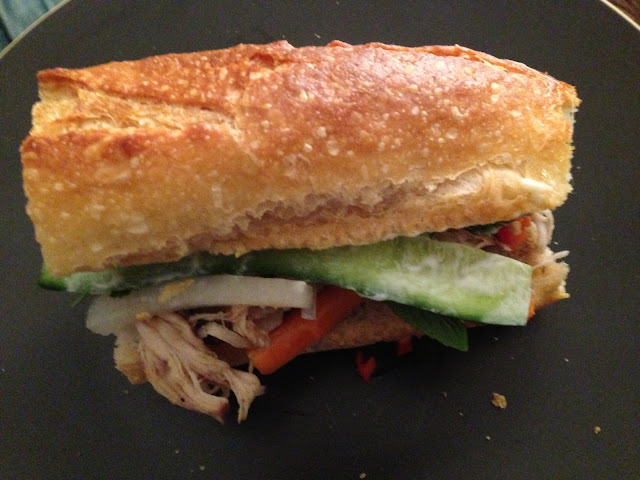 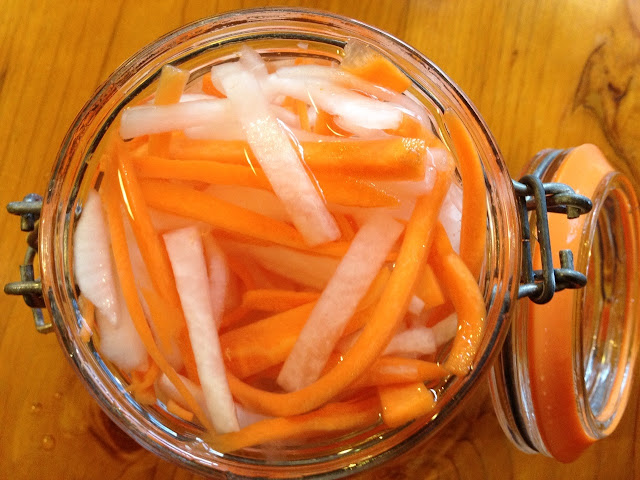