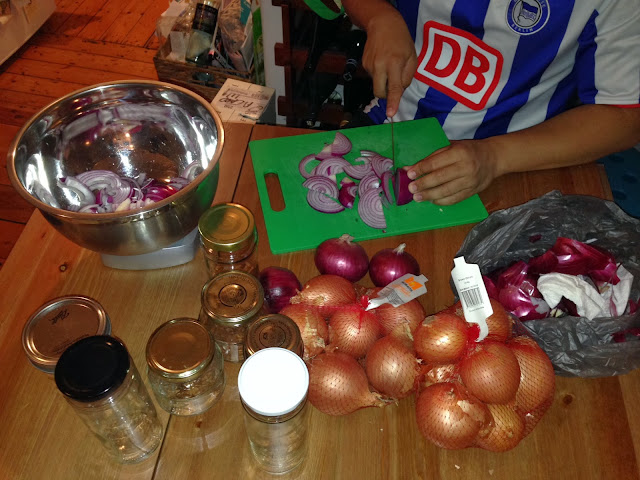 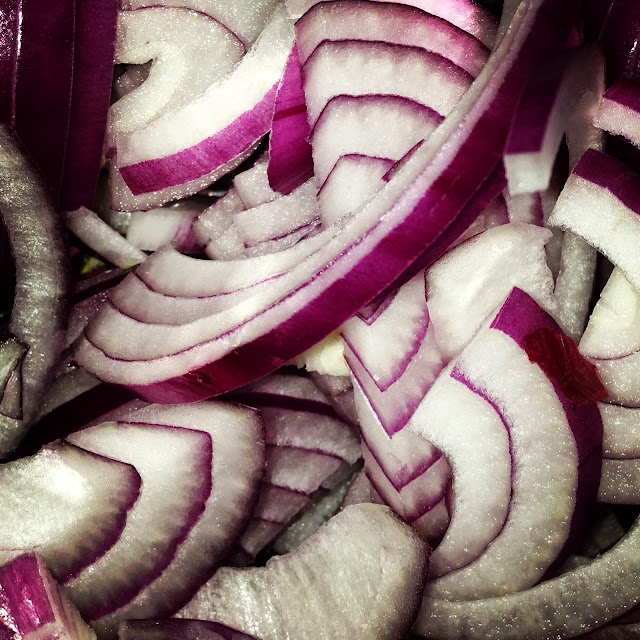 How do you make your house smell like onions for a week?

Last week I travelled up to sunny Yamba for a wedding.  It was great to take some time off to relax, and the weather was beautiful.  We decided to try out a new cafe that had recently opened up in Yamba called Irons and Craig.  The food was delicious and I particularly liked a dish which featured mushrooms with feta on sourdough toast. The dish also had some onion marmalade on the side.  The onion marmalade was sweet and caramalised and went pefectly with the mushrooms. 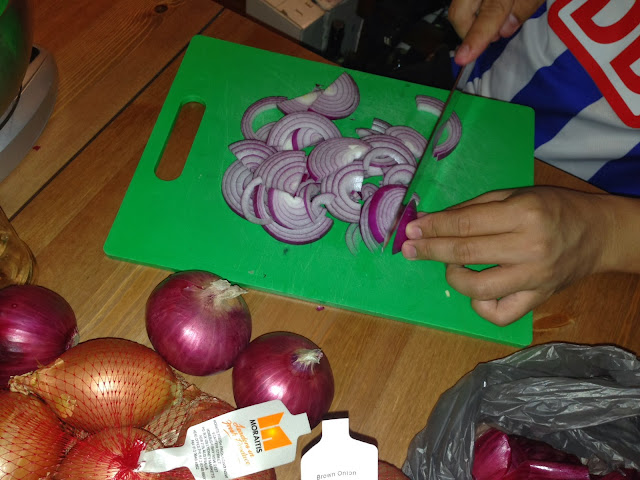 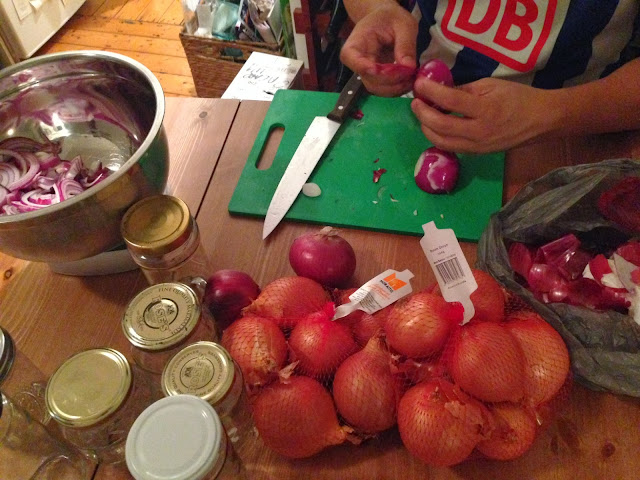 So all throughout September I have been tied to a pedometer, measuring the steps that I take each day.  I was part of a team for Steptember, a charity raising money for the Cerebral Palsy Alliance.  The goal was to take 10,000 steps a day and raise $500 as a team.  The average office worker only takes 2,500 steps a day, so this goal is more challenging than it sounds.

To raise money we decided to have a cake and preserves sale.  One of my colleagues made some delicious chutneys, and there was plenty of cake to be sold.  I decided to make onion marmalade after tasting the delicious version in Yamba.

Even though it's called 'marmalade', it's more like a jam, given that there's no citrus peel.  You might think that three kilos of onions is a lot, but it actually only makes 5 decent jars.  A lot of the recipes of onion marmalade online call for the onions to be really caramelised, until dark brown, and contain ingredients like red wine or balsamic vinegar to make the colour a deep red.  The one I had at Irons and Craig was more of a light brown colour, and the onions were transluscent, which meant that the preserve wasn't overly sweet or rich.  To replicate this, rather than using red wine and balsamic, I used chardonnay and apple cider vinegar (and a little bit of port). 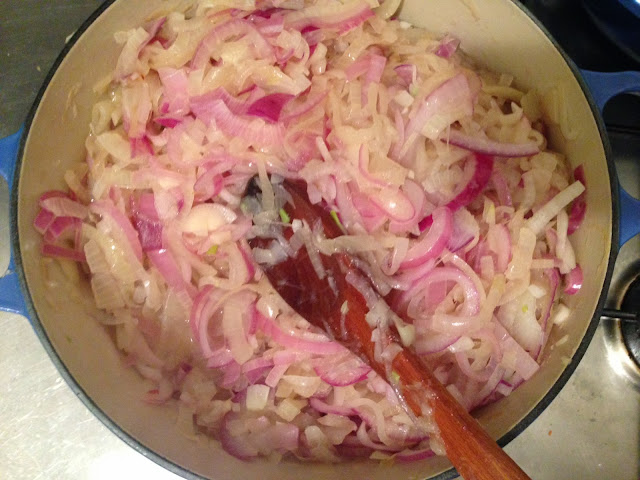 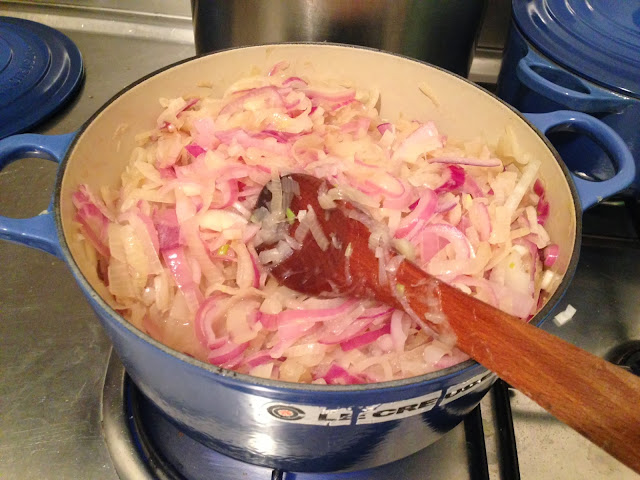 The Chardonnay I used was the Green Jade Chardonnay from a winery called Gemtree from McLaren Vale.  Interestingly, it's an organic winery.  The Chardonnay was a younger, light, unwooded one, so it imparted a lighter flavour into the marmalade.

I had some thyme lying around after cooking a chicken dish earlier in the week, so I added it into the mix too, along with pepper and nutmeg. 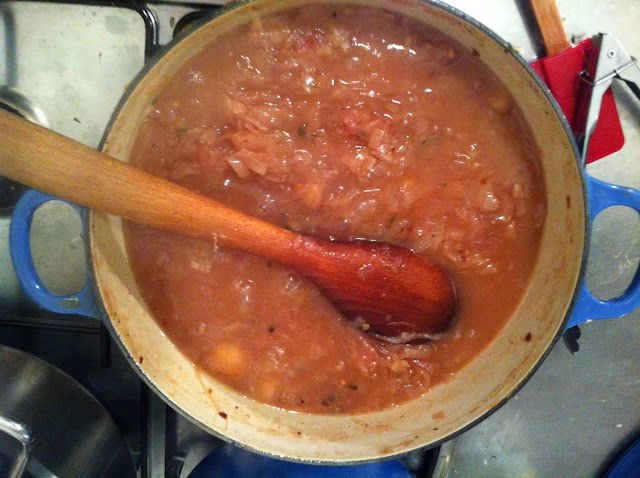 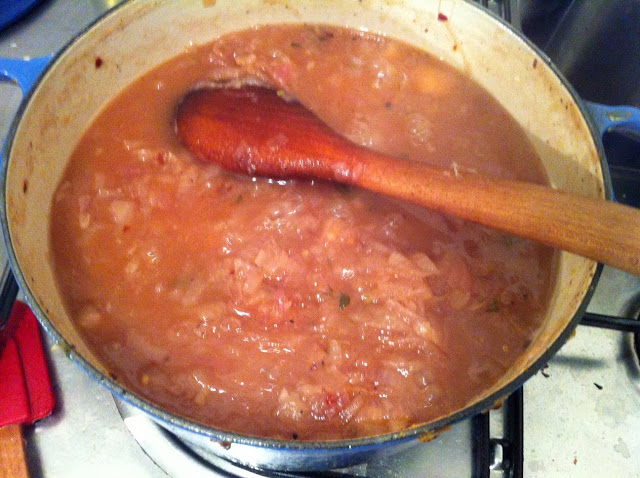 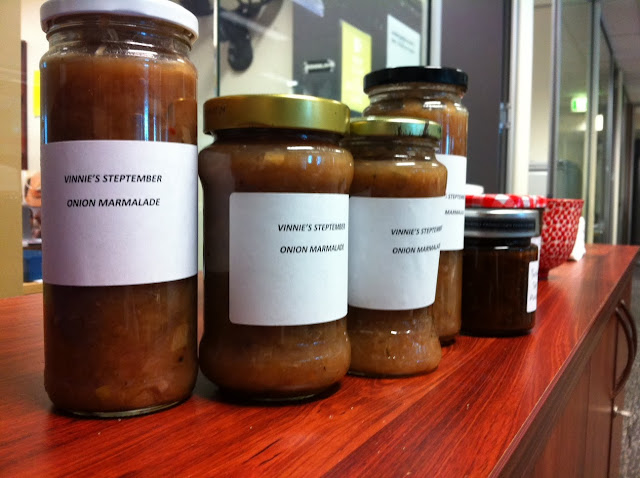 In all my eagerness to sell all of the jars, I didn't actually get to use it myself!  But I received a 'testimonial' from a colleague who said it's really good on a toasted cheese sandwich, or with barbecued meat!

...And my house still smelt like onions, until I made garlic prawns over the weekend... Now it reeks of garlic.

What you need:
Making the marmalade: