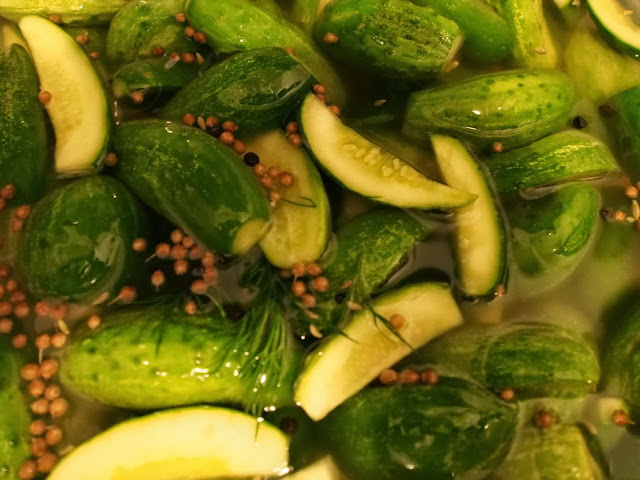 Since the beginning of the Jarhead blog, I've wanted to attempt to make some quintessential cucumber dill pickles.

You’d think that because you can generally find pickled gherkins in supermarkets everywhere, it would be easy to find fresh, un-pickled Kirby cucumbers in fruit and veg shops.  But they proved to be elusive, with sources shrouded in mystery. Several like-minded acquaintances advised that the Sydney Markets in Flemington was rumoured to house a few dealers, but no one could confirm this based on first hand experience. 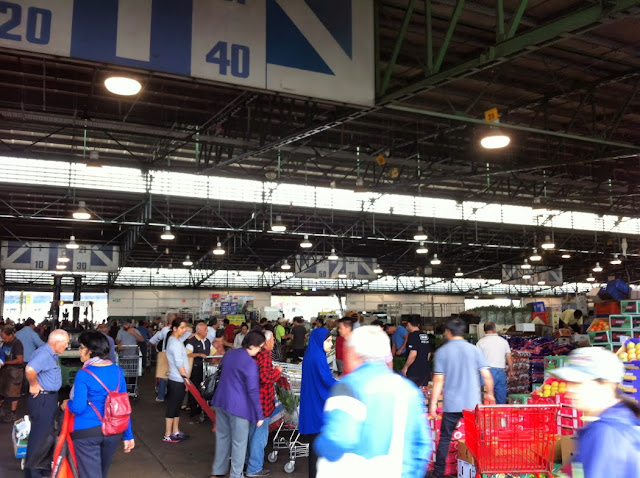 After some further online research, I found that Kirby cucumbers are seasonal and are only available in the Australian Summer.  And, as per previous advice, the best place to find them was the Sydney Markets at Flemington.  But was it worth driving all the way there? I am a car-less inner city GoGet convert, so I have to assess the value of each trip as sad as that is.

The answer (of course) was yes!  After all, I had just driven 400kms for a few cherries. So one morning in December, I got up at the crack of dawn and drove out past Ryde and Sydney Olympic Park, to the  ‘fruit bowl’ of Sydney’s Western Suburbs.  I thought that I would be one of the first people at the markets, but when I arrived just after 6am I found that it was already in full swing.

During weekdays, Sydney Markets is purely wholesale – fruit and vegetable sellers from across Sydney go to the markets to buy their stock for the day/week; restauranteurs and chefs find the best produce to put on their menus.  But on Saturdays, the market is open to the general public. 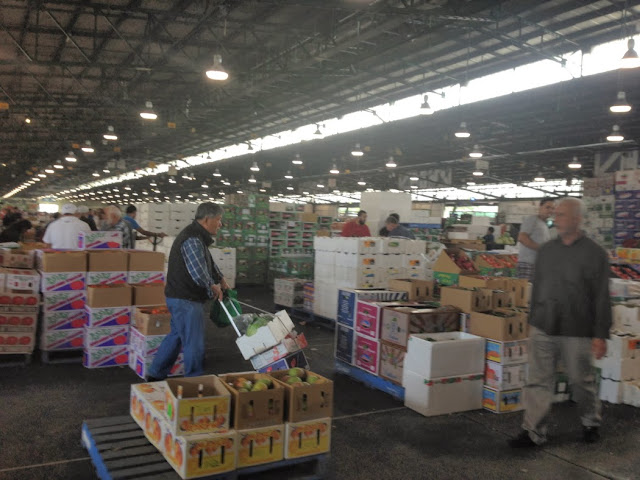 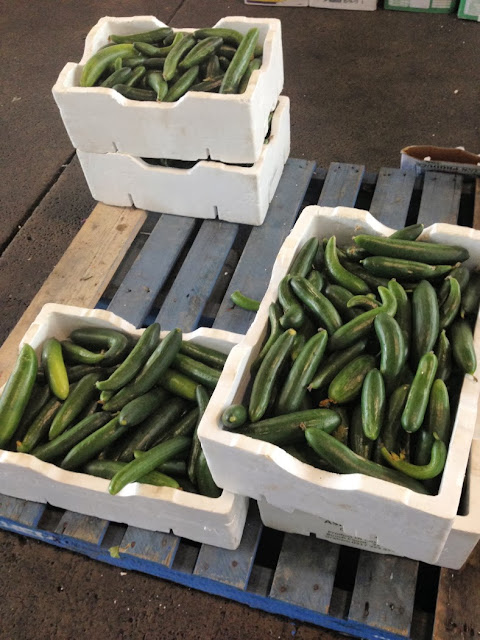 The markets have such a great buzz, even if it is a bit overwhelming on your first encounter.  You get vibrant colours, curious smells, with a few over-zealous shouts thrown in from the spruikers, just to make sure you’re awake.   It was as if an aeroplane hanger had been filled with fruit and veg, kebab stores and cafes, and people from all walks of life.  Walking through the markets, you get the sense that a lot of the people there are regular market-goers, and have relationships with their fruit or veg vendor - they have a capsicum guy, an apple guy, and a Chinese hairy gourd guy.

As a Flemington markets virgin, I didn’t have any idea where I would find my cucumbers.  It was like a vegetable version of Where’s Wally, having to scan through all of the hundreds of boxes of vegetables on show, just to find baby cucumbers.  Luckily, I found a guy selling small Kirby cucumbers in bags.  He said they were seconds because they were in weird shapes, but I didn’t mind – they looked really fresh, and I have a bit if a thing for ugly/mutant veggies  (I think I feel sorry for them – for another blog about less than attractive veg, see my post on Japanese Pickled Daikon).  So I bought a 3 kilo bag for $18. 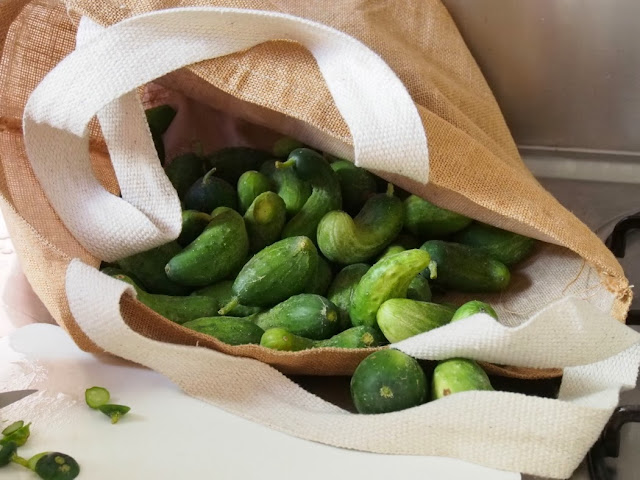 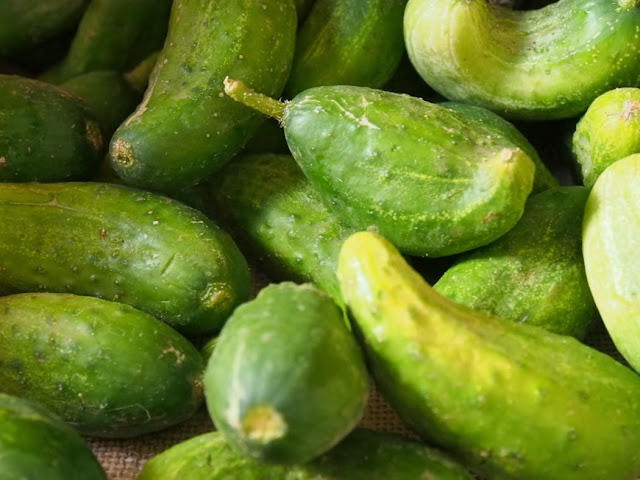 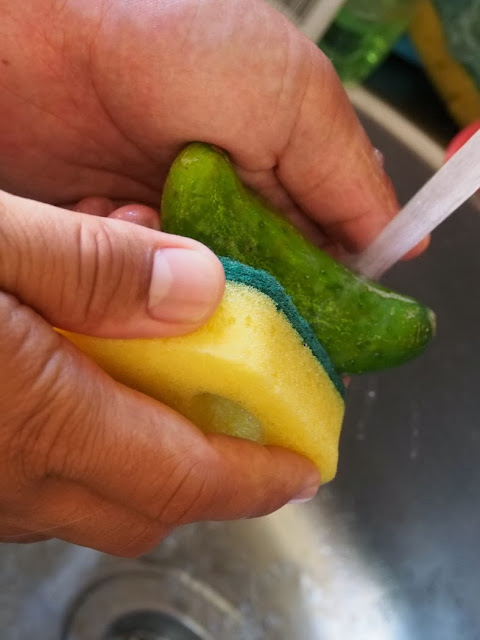 After anther 20mins or so stumbling around blindly amid the throngs, I found a different guy selling another kind of baby cucumbers – they were small but thinner than the kirbys and looked more like mini Lebanese cucumbers.  So I figured I should see how they worked in a pickle, and purchased another kilo.   I also managed to get a nice bunch of dill to flavour the pickles.

The pickling process for these was fairly simple.  Most of the recipes simply asked for the cucumbers to be covered in a pickling brine and then sealed in sterilised jars.  However, Kevin West’s recipe from Saving the Season required the cucumbers to be soaked in a salt brine first.  I decided to do this with my batch, because from experience, the salt extracts the excess water from vegetables and leads to crispier pickles.  I also canned some of the batch for longer term storage (I’m yet to open these but I’ll keep you updated when I finally taste them). 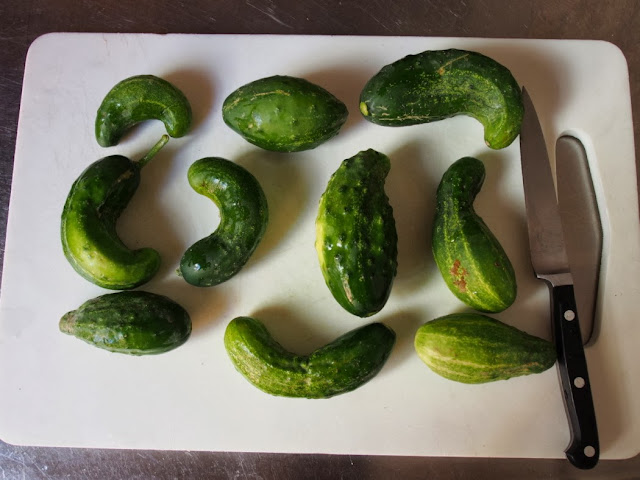 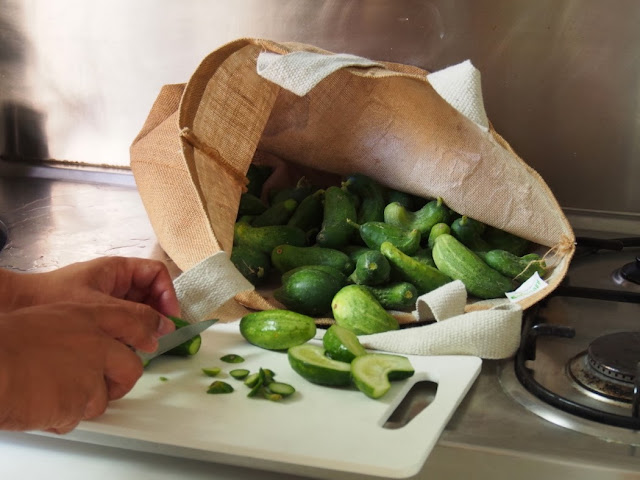 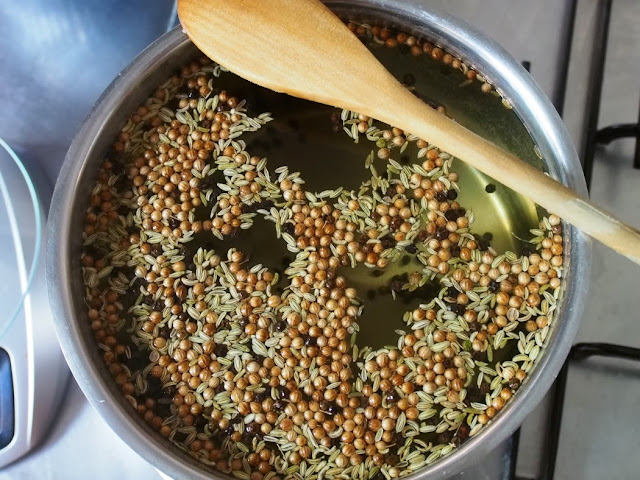 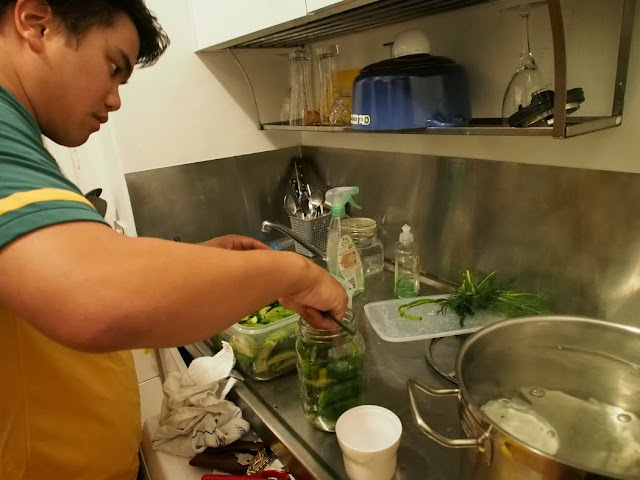 These gherkins have been the most popular pickle I’ve made.  I gave a jar to a friend on a Friday and by the next Monday, I received the jar back, empty!   One of the jars I filled was a huge 2 litre jar, and its now only a quarter full.  On New Years Eve I even used some of the pickling brine in a round of Picklebacks – shot of whiskey followed by a shot of pickle juice.  I thought the pickle juice was a good chaser, but some of my friends begged to differ... 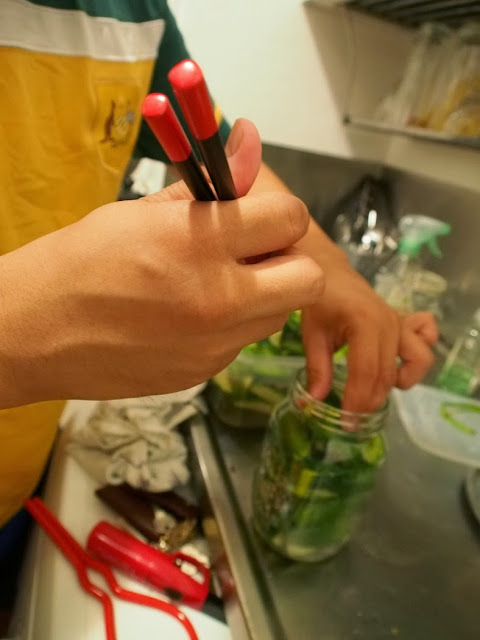 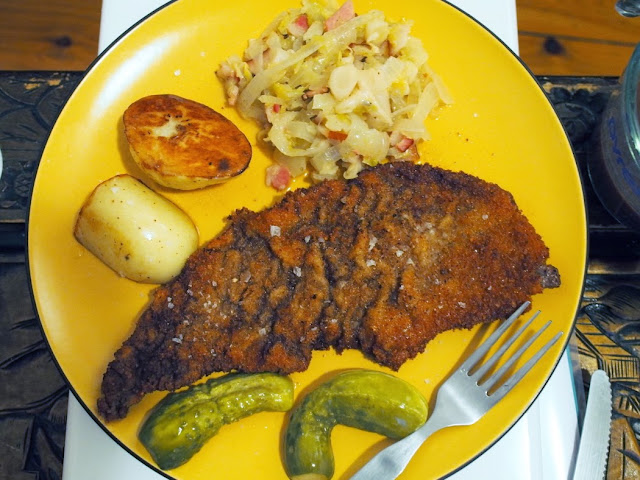 These dill pickles are great with a big piece of veal schnitzel (as you can see above, I also made some sauerkraut, which went well with the schnitty - I'll write about this soon).  I've also been told that similar pickles are served, finely sliced, on top of schnitzel in Switzerland.  They're also delicious on the side of a classic cheese toasty, or alongside leftover Christmas ham or turkey.  But true Jarheads would eat them on their own! 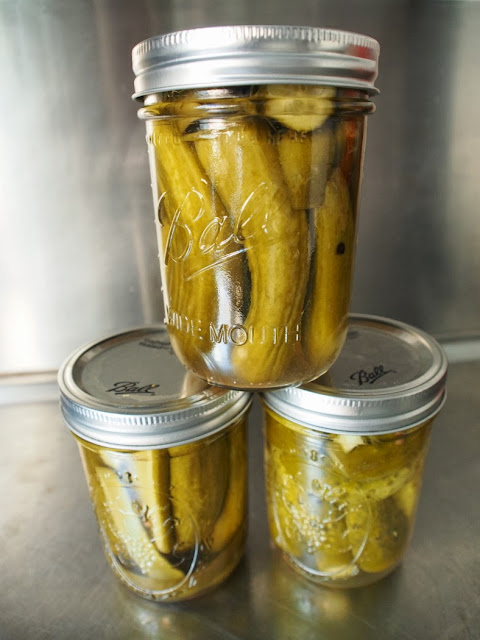