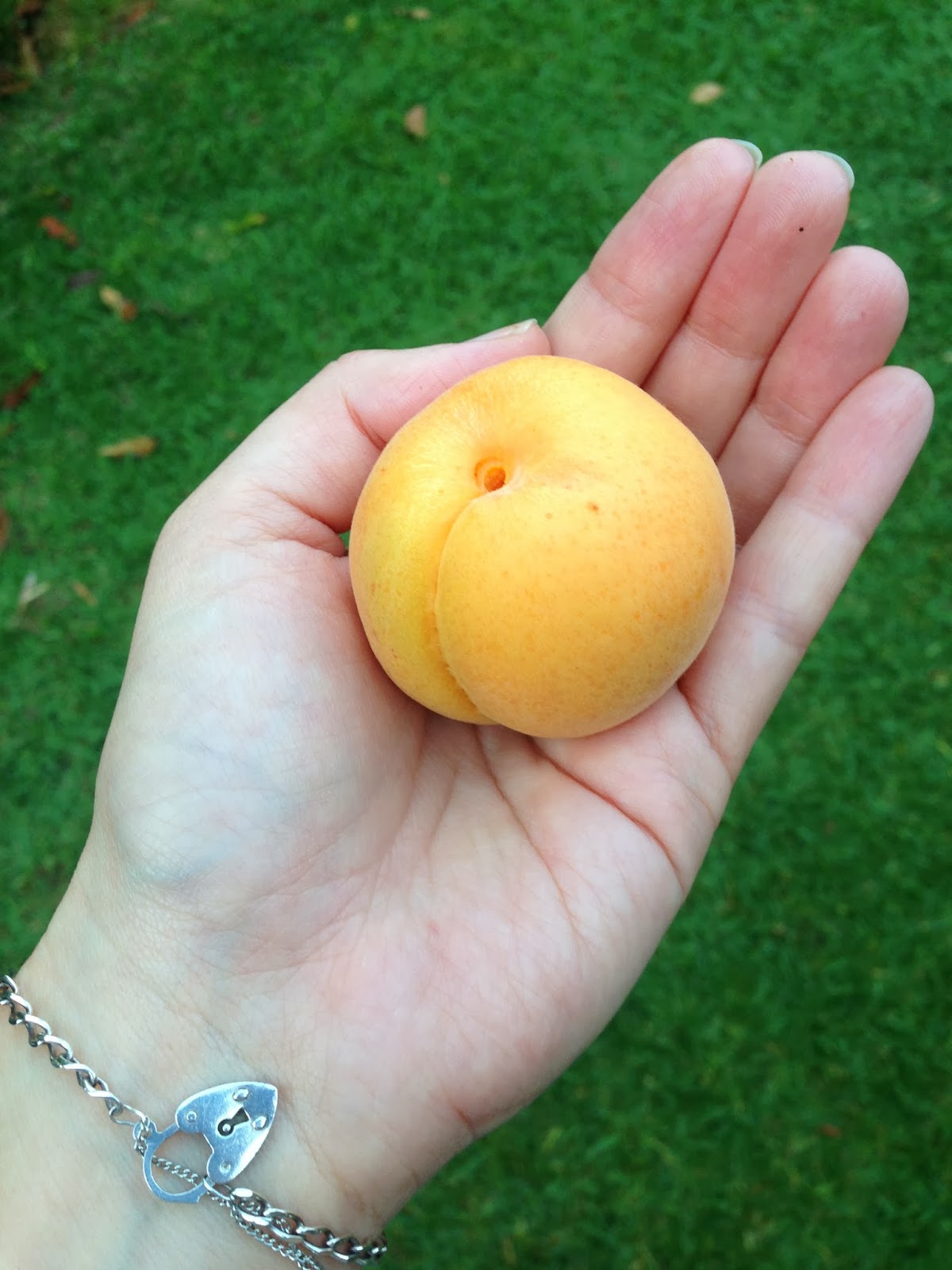 I spent Christmas this year in Canberra with my girlfriend's family.  Her dad is a gardening extraordinaire, so over the Christmas break I was constantly eating freshly grown produce. I had roast potatoes that had been pulled from the ground a few hours earlier.  A pavlova covered in freshly picked berries.  Peas that were carefully (or maybe not so carefully - we kept finding escapees all over the house for the rest of the week, excuse the pun) plucked from their pods.  It seemed like pretty much everything was in season, I guess that's summer for you.

The highlight however, was the fresh apricots that seemed to be rapidly multiplying on the apricot tree out the front of the house.  There was even enough to share with the cockatoos, though my girlfriend had other ideas and kept running out the front waving her arms like a crazy person to shoo them away. I think there is something about going to visit your parents at your childhood home that causes normally sane adults to revert to a childlike state. 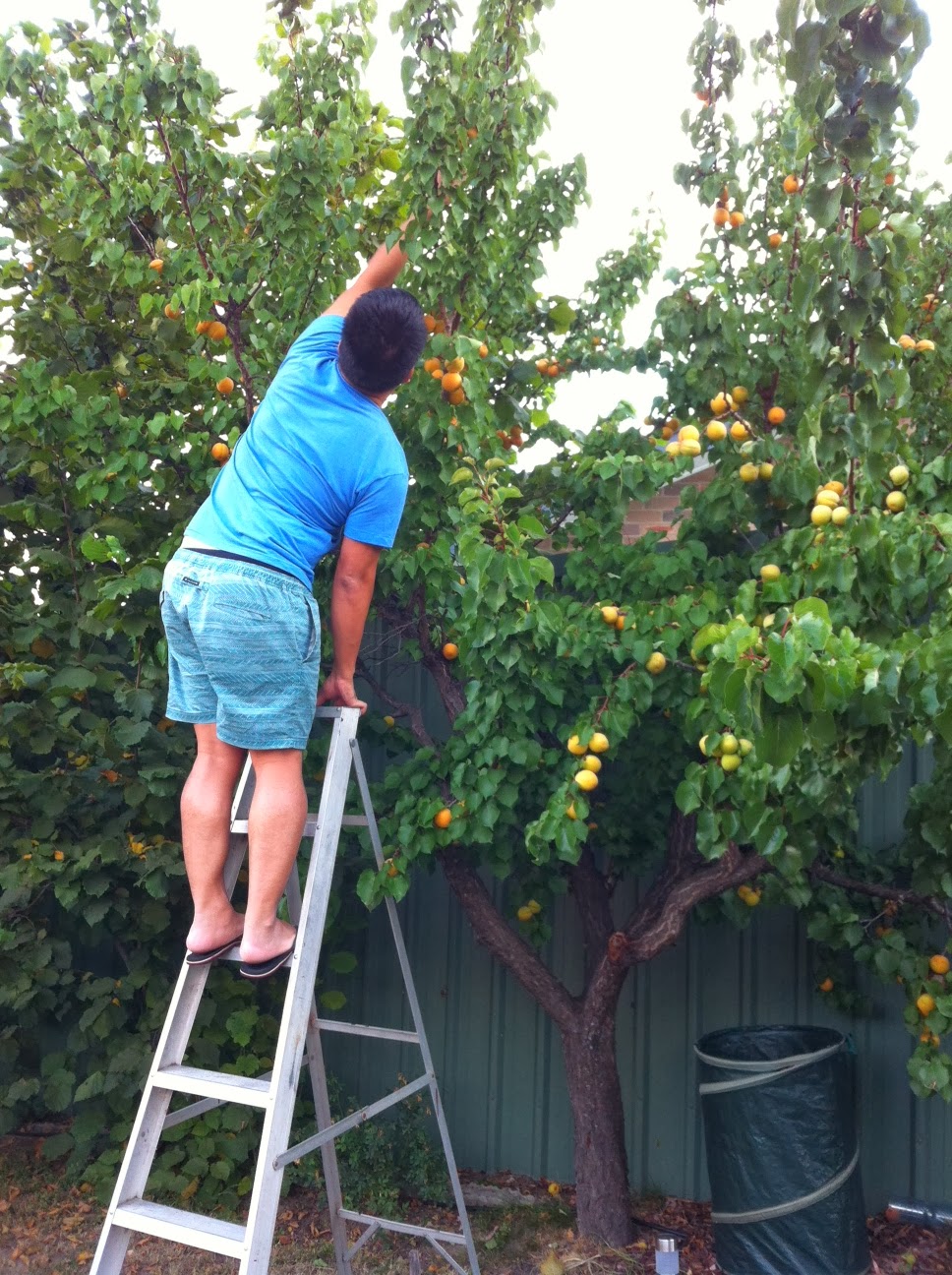 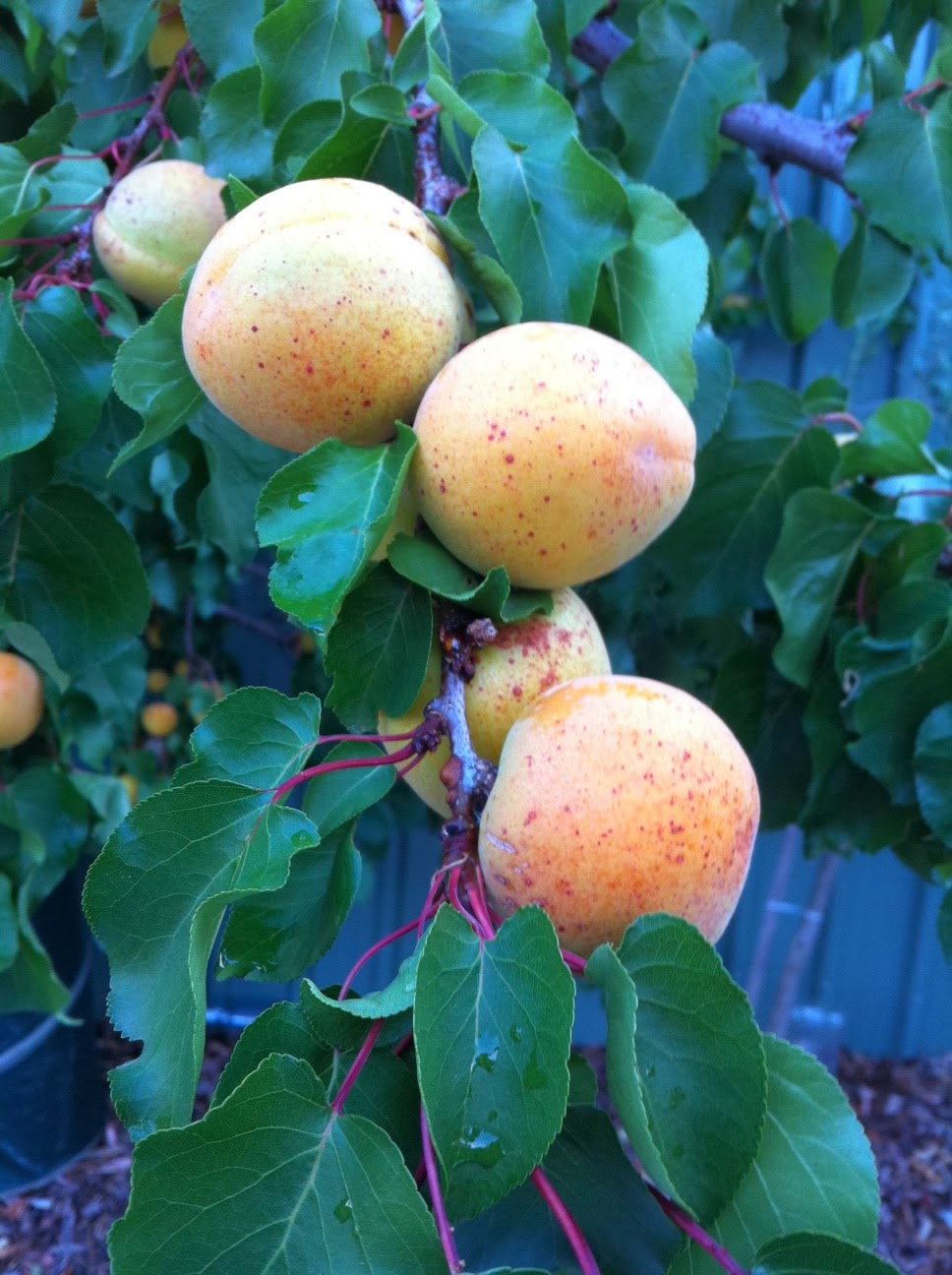 In my view apricots are an underrated stone fruit, but possibly for good reason.  When my dad heard that I had come back to Sydney with a few kilos of fresh apricots he dropped the revelation that he had "never had a sweet apricot".  For a man who eats tonnes of fruit a day, it's a pretty bad appraisal for the apricot.

He does have a point though.  Plums and nectarines from supermarkets are often really sweet and tasty, but I've found store bought apricots to be floury and flavourless.  So my tastebuds exploded when I tried these fresh ones. Picked straight from the tree, at the peak of their ripeness, the taste is phenomenal. 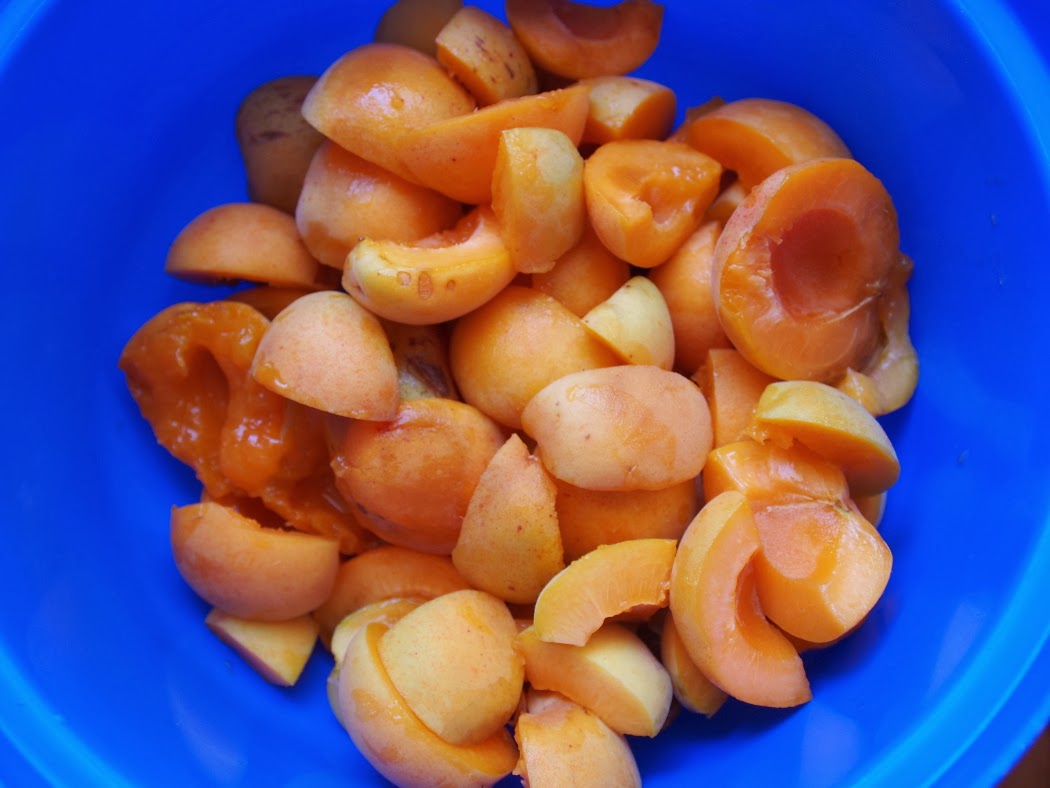 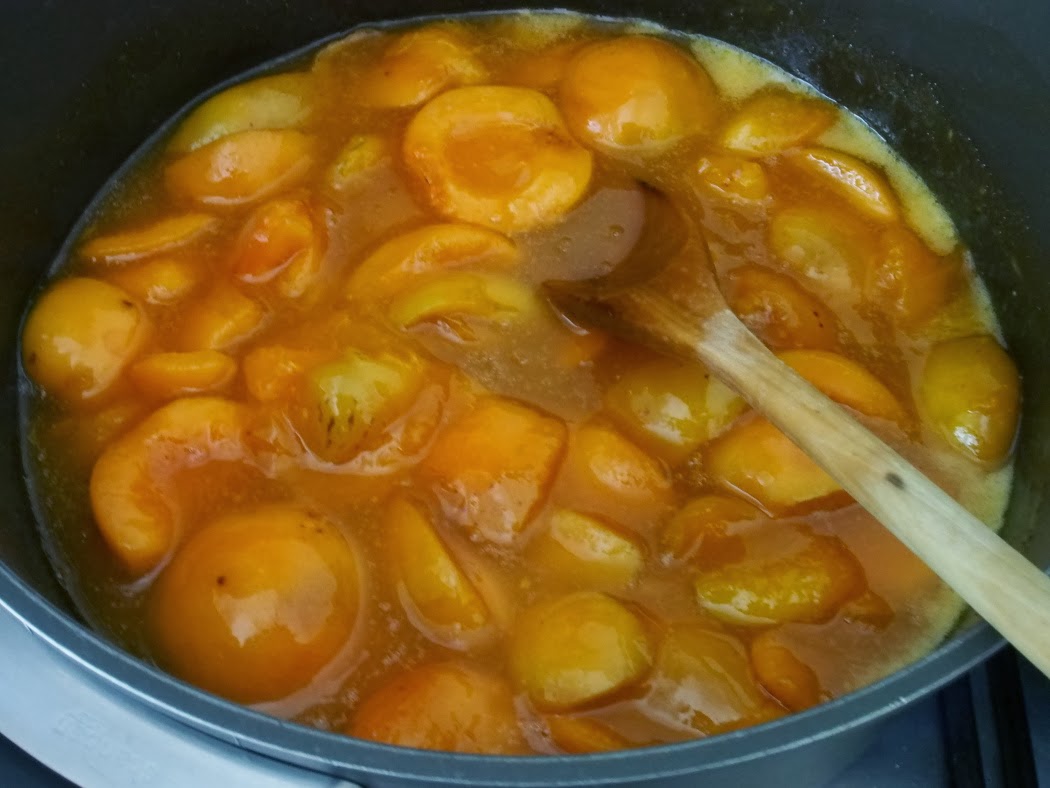 Apricots are in season in Australia between December and January.  My girlfriend's parent's tree was the Trevatt variety and was  just getting to peak ripeness around Christmas.  The drawback with this variety is that it doesn't keep well - they last approximately 3 days after harvest, and don't travel well - it would be hopeless as a commercial product.

Picking the fruit was tricky.  A lot of it was quite high up the tree, so I had to get up on a ladder to pick them (this was difficult for a clumsy, vertically-challenged person like me).  Some clusters of apricots were riper than others, but sometimes it was hard to tell while up on the ladder, so I might've picked some fruit before they were ripe. The good news is, stonefuit do ripen after harvest as long as they aren't too under ripe when picked. 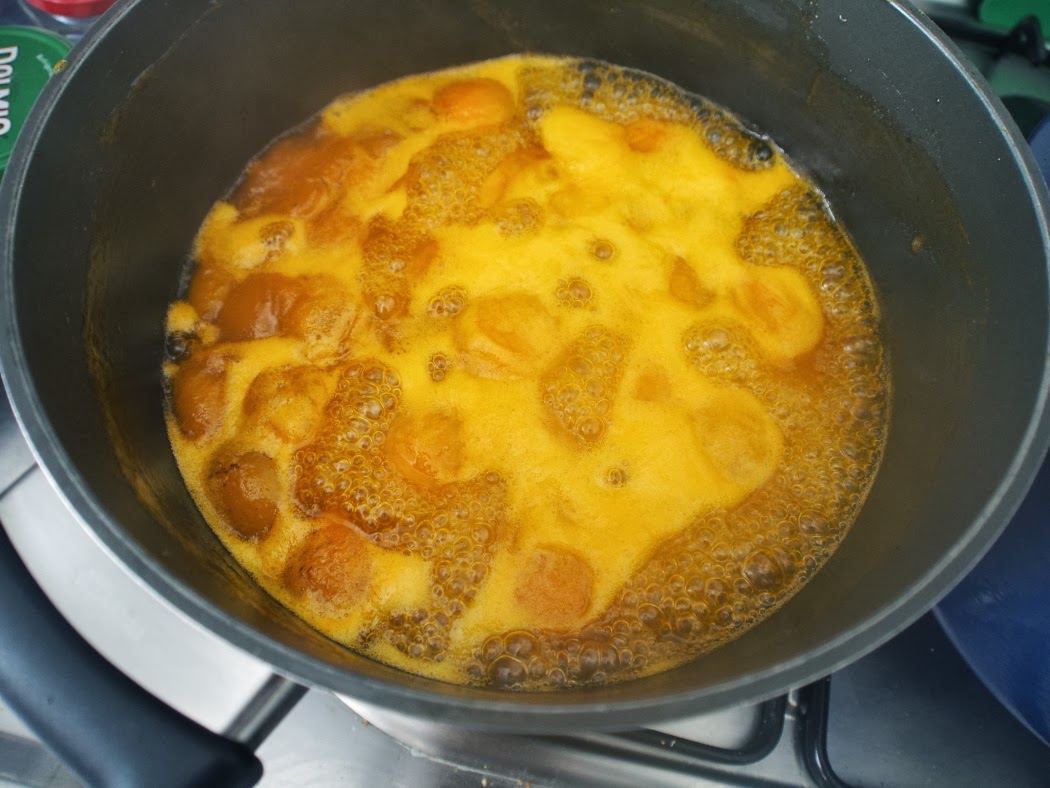 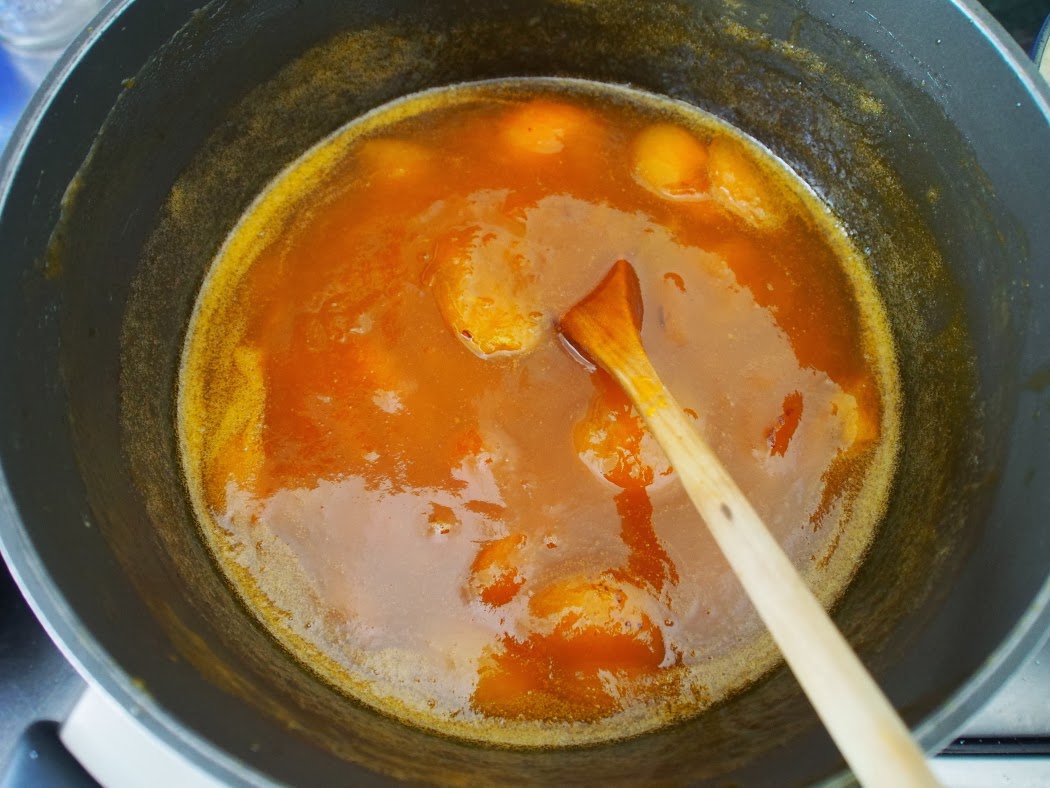 Compared to the cherry jam I made a few weeks ago, the apricot jam was a much simpler process.  Removing the seeds from the apricots was really easy and the jam thickened quickly.  This batch of apricot jam was slightly runnier than I had expected.  I did the cold saucer test on it, and thought that the mixture was at the right consistency, but I think the large amount of pulp in the apricots may have deceived me! It was still really delicious but next time I will cook it down a little further. 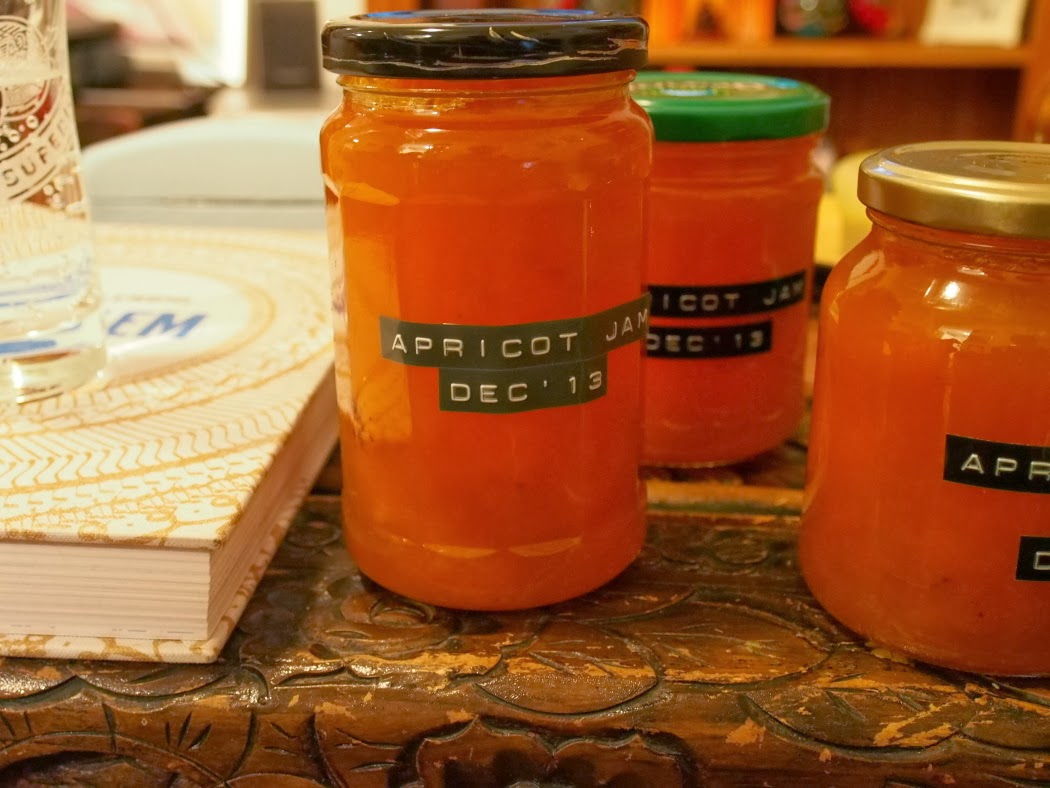